As our royal watcher explains, the unpopular prince's reputation was sullied long before these sex allegations 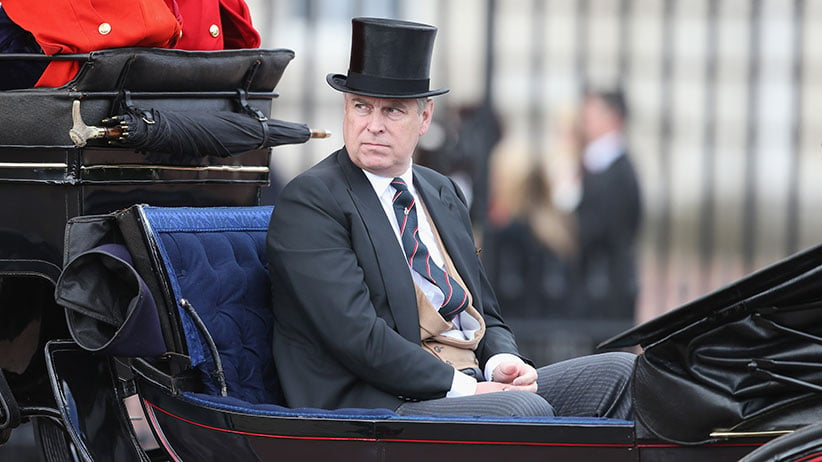 Prince Andrew’s happy 2015 lasted 24 hours. On Jan. 1, royal statistician Tim O’Donovan reported that Andrew, duke of York, had increased his workload in 2014, with 367 engagements, up from 330 during the previous year.

On Jan. 2, news broke that he was accused of having sex with a teenager between 1999 and 2002. The allegations, in a recent civil court filing in Florida, are part of a bizarre, complicated and long-running lawsuit involving his old friend, American billionaire Jeffrey Epstein. The motion claims the minor “was forced to have sexual relations with this prince when she was a minor in three separate geographical locations.”

Recognizing that the royal tradition of ignoring headlines or giving a “no comment” wasn’t going to work, Buckingham Palace issued a blanket denial: “This relates to long-standing and ongoing civil proceedings in the United States, to which the duke of York is not a party. As such we would not comment on the detail. However, for the avoidance of doubt, any suggestion of impropriety with underage minors is categorically untrue.” After a weekend of salacious headlines, the palace issued a second, more forceful, denial: “It is emphatically denied that the duke of York had any form of sexual contact or relationship with [the alleged victim]. The allegations made are false and without any foundation.”

Andrew cut short a Swiss ski holiday with his younger daughter, Eugenie. He apparently wanted to personally tell his mother, Queen Elizabeth II, the allegations were false. It’s the latest scandal to encircle the monarch’s second son and also besmirch the reputation of the house of Windsor. Ever since 1982, when his heroic post-Falklands War image was tarnished after pictures of his soft-porn-star girlfriend, Koo Stark, were splashed over the world’s papers, it’s rare for a few years to pass without more damaging headlines. Lately, the stories have turned increasingly dark, amid speculation about his relationships with politicians and businessmen in dictatorships such as Kazakhstan and Azerbaijan, and of course, his acknowledged friendship with Jeffrey Epstein.

By now, the unending drip of negative headlines can’t be chalked down to bad luck. They point to a character flaw in Andrew’s personality. Though he does do good work—this year he used his long-standing interest in technology to set up a digital enterprise scheme with the singer Will.i.am for young people wanting to turn their ideas into businesses — he’s also seen as arrogant, entitled and self-aggrandizing. He’s earned the nickname “Air Miles Andy” for his appreciation of a globe-trotting, jet-set lifestyle subsidized by taxpayers and wealthy friends, as well as his love of using aircraft and helicopters to get to places easily accessible by more pedestrian vehicles. When leaked diplomatic cables revealed a U.S. ambassador called him “cocky” and “rude,” the tabloids delighted in regaling Britons with examples of his boorish behaviour (On long, international trips, his valet wrestled with a six-foot ironing board that Andrew reportedly insisted must accompany him.)

No wonder even his older brother, Prince Charles, has sought to distance himself, and the future of the Windsor dynasty, from the Yorks. Charles wants to limit the main “working” royal family to the core line of Waleses, squeezing out Andrew’s daughters, Beatrice and Eugenie. Charles, as well as the Queen’s advisers, have reportedly fought attempts to give the princesses any sort of official royal role.

Now come the most damaging scandal possible — being accused of having sex with underage girls. It should be made clear Andrew isn’t charged with any offence, nor is he the defendant of any lawsuit. His name was included in the information part of a court filing. The scandal has made headlines before. Back in 2011, Andrew was forced to apologize and distance himself from the financier in 2011 after photographs surfaced showing the two men walking together, shortly after the American had been released from 13 months behind bars. Epstein had pleaded guilty to a state charge of soliciting prostitution with a minor in 2008.

In 2008, two alleged victims filed suit in Florida against the U.S. government, accusing Epstein of committing crimes against them when they were minors. They want to force the Department of Justice to prosecute Epstein for sex trafficking of underage children. They claim Epstein operated a global underage sex ring with fellow conspirator Ghislaine Maxwell, daughter of the late British media mogul Robert Maxwell. Now two new accusers want to join the case, and the allegations against Andrew are in the court filing of Jane Doe No. 3. It claims Epstein would “lend” Jane Doe to “powerful people” to “ingratiate himself with them for business, people, political and financial gain, as well as to obtain blackmail information.” One of those people with whom she was forced to have sex was Andrew, the filing says. This weekend, the Daily Mail printed salacious details of the woman’s account, including how Andrew was asked how old she was at the time and allegedly said, “17.” She’s also writing a book. (On Monday, Harvard law professor Alan Dershowitz, also accused of underage sex in the court filing, denied the allegations. “I am telling the truth and I can prove it. They are lying, and I can prove it,” he told CNN. “This is a zero-sum game. Either I’ll end up being disbarred and criminally charged or they will be. There’s no grey area here.” At the same time, the allegation by the father of the alleged victim that his daughter met the Queen was refuted by the palace, which said there is no record of such an encounter.)

Back in 2011, Andrew’s judgment in maintaining a friendship with a convicted sex offender, including using Epstein’s private jet and staying at his Florida home, helped scupper his 10-year-long job as Britain’s special representative for trade and investment. Though businessmen praised his ability to land deals for British firms, his reputation was hit when it was revealed he had private meeting with Libya’s then-leader Moammar Gadhafi as well as the son-in-law of Tunisia’s then-dictator Zine Abadine Ben Ali.

Though widely credited for being a warm and caring father to Eugenie and Beatrice, his personal reputation has taken blow after blow because of the questionable behaviour of his ex-wife, Sarah, duchess of York, including her extravagance, and sizable overdraft during their marriage, to say nothing of those “toe sucking” pictures with her lover after they’d separated, as well as her various moneymaking schemes that cashed in on her royal connections. In 2010, she was filmed offering to sell access to her husband to an undercover reporter for more than $700,000. (After the scandal broke, she insisted Andrew knew nothing about her plans.) He helped her sort out her enormous load of debts. She called the prince her “knight on a white charger.” One of those who helped pay off the debts was Epstein.

Yet Andrew has always remained loyal to Fergie, refusing to accept any criticism of her behaviour. Indeed, she’s lived for years with her ex-husband at the Royal Lodge, his house on the Windsor estate. When asked in 2009 whether he and Sarah will remarry, Andrew responded, “Do we have to be married? Well, let’s put it another way: I can neither confirm nor deny the possibility. We have two great children. We still look after them.” It’s widely believed only Prince Philip’s implacable opposition to Sarah for the damage she’s done to the Windsor dynasty stands in the way of their remarriage.

While their living arrangements have raised eyebrows, brows were furrowed when it was revealed that their marital home, Sunninghill Park in Windsor Great Park, nicknamed “SouthYork” for its Texas suburban style, had been sold in 2007 for around $30 million, well over its asking price, to the billionaire son-in-law of Kazakhstan’s dictator. The house was left to rot, sparking questions about why the Kazakh would pay so handsomely for the princely home of Britain’s then-trade representative, only to then never live there. Andrew has visited Kazakhstan a lot, and is patron of the British-Kazakh Society along with the nation’s autocratic president, Nursultan Nazarbayev. Kazakhstan isn’t Andrew’s only interest in Central Asia. In November, the Independent criticized the prince for his 12th meeting with Azerbaijan’s dictator, Ilham Aliyev, in a private journey to Baku.

Meanwhile, royal officials and lawyers are no doubt in urgent meetings to decide how to handle the scandal. A criminal charge is unlikely. As the Guardian wrote, the newspaper understands Epstein’s guilty plea deal, negotiated by Alan Dershowitz, states: “If Epstein successfully fulfills all the terms of this agreement, the United States also agrees that it will not institute any criminal charges against any potential co-conspirators of Epstein including but not limited to [four named individuals not including Prince Andrew or Dershowitz].”

Still, Andrew must know last year’s favourable headlines are in the past.