Next up for Prince Harry in 2017: Launching the Invictus Games in Toronto 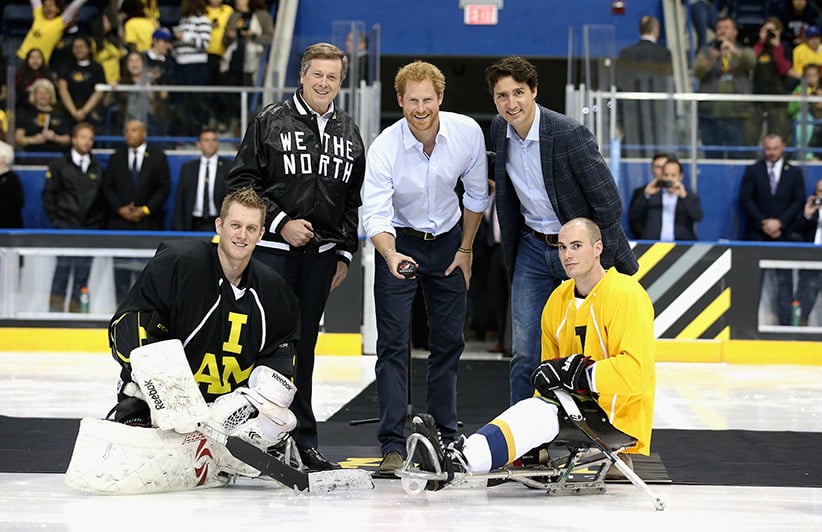 Prince Harry drops the puck at the start a sledge-hockey match Mattany at the Athletic Centre on May 2, 2016 in Toronto, Canada. (Chris Jackson/Getty Images)

“I am the master of my fate, I am the captain of my soul.” Those stirring words from the end of William Henley’s poem Invictus­—Latin for “unconquered”—embody Prince Harry’s brainchild, the Invictus Games. In September, the third iteration of the Paralympic-style event will take place in Toronto. For a week, more than 550 ill, injured and wounded servicemen and women from 17 allied nations will compete in 12 adaptive sports ranging from archery and running to rugby and cyling.

Harry may be fifth in line to the throne, but to the participants of the Invictus Games, he’s a fellow military veteran. (He undertook two deployments in Afghanistan.) “There is very little that can truly prepare you for the reality of war,” he recalled last year. “The experiences can be stark and long-lasting.” Returning home from his first mission in 2008, he shared a flight with three seriously wounded British soldiers. “From that moment, I knew I had a responsibility to help all veterans to lead healthy and dignified lives after service.”

He created the sporting event in 2014­, after going to the Warrior Games during a visit to the United States. “I saw the power that sport could play in the recovery of both mind and body. I thought that surely everyone, whether connected to the armed forces or not, would be inspired by their achievements,” he said. He broadened the concept to an international competition, lined up sponsors and got the first Invictus Games off the ground in just six months.

He’s shameless when it comes to raising awareness of this cause, even roping the ultimate bigwig—his grandmother, Queen Elizabeth II—into a humorous video with Barack and Michelle Obama that went viral before the 2016 games in Orlando, Fla. If the previous games are any indication, Prince Harry will be onsite 24/7, encouraging and joking with athletes and their families.

New to the Toronto games will be a torch relay through military bases and neighbouring communities. As well, golf is being added to the sports line-up, along with a quintessentially northern sport: sledge hockey. As Harry noted, “This is Canada, everything happens on ice, doesn’t it?”