Q&A: Where the climate movement gets it wrong

Keegan Kuhn, the creator of a documentary that turns the climate movement on its head, argues that only the right diet will save the planet 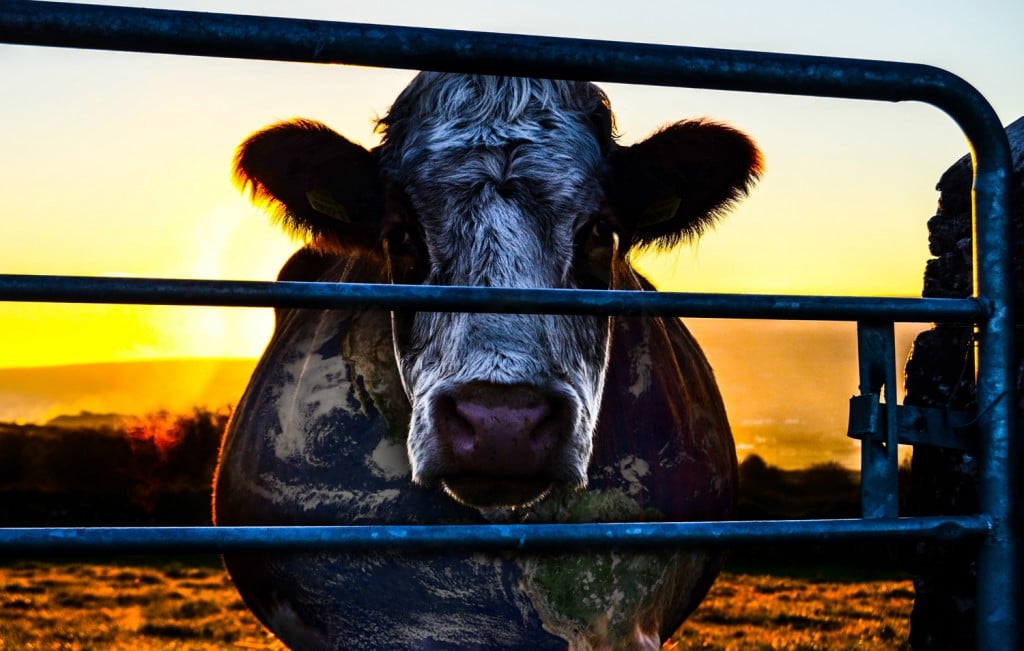 Californian filmmakers Kip Andersen and Keegan Kuhn always thought they were doing everything they could to combat climate change. For years they recycled and composted, changed the lightbulbs, took short showers, and drove bikes instead of cars. But they started to wonder if, in the face of worsening ecological crises, their conservation habits were really making a difference. In 2009, Andersen came across a UN report that stated cows produce more greenhouse gases than the entire transportation sector. He was disturbed to find more evidence that animal agriculture is the leading cause of climate change and environmental degradation. But what he found even more disturbing was that none of the leading environmental organizations he admired—Greenpeace, 350.org, Sierra Club, Climate Reality, Amazon Watch—were talking about it.

In 2013, after years of trying to get interviews with some of these groups, Andersen finally got through and teamed up with Kuhn to produce the documentary film Cowspiracy, released in June. It’s been screening across Canada and the United States and will soon be available on Netflix.

The film’s findings are pretty startling:

Maclean’s spoke with Kuhn about the film, where he thinks the climate movement needs to improve, and how the right diet can save the planet.

Q: What made you decide to make Cowspiracy?

A: I had just finished one my first feature-length documentary films, Turlock, and heard that Kip was trying to make this film. It’s an issue very close to my heart, so we started working on it together almost immediately. Whether people care about animal rights, poverty, disease, war—things that we absolutely need to address as well—none of it will matter if we don’t get a handle on the environmental situation; we won’t have a planet to live on. So it’s definitely something that’s at the forefront of my concerns.

But what really got me going was the fact that we are in the biggest mass extinction the world has ever faced, bigger than the Permian extinction, bigger than the extinction 65 million years ago when the dinosaurs went extinct. More species are going extinct today and at a faster rate. But this time, it’s caused by humans. And the leading cause of this extinction is the destruction caused by animal agriculture. I wanted to get this information out as quickly as possible.

Q: Have you always considered yourself an environmentalist?

A: I’ve considered myself an environmentalist for a long time—long before I made the film. I didn’t learn how to drive until I was 25 years old for environmental reasons; I grow the food I eat, organically; I had myself sterilized when I was 23 years old to prevent myself from having biological children because of the environmental impact of overpopulation. The environment is very important to me and I always felt well-informed about environmental issues. I had a fairly good grasp of how animal agriculture negatively impacts the planet, but when we were doing research on the film, I realized just how much worse it really was.

Q: The film is highly critical of the big environmental groups on the scene today. What do you think they’re doing wrong?

A: I never supported the big groups like Greenpeace, 350.org and so forth. I’m a big supporter of more grassroots organizations, groups that really focus on true solutions, like Ecology Action and other more radical organizations that aren’t catering to large donor bases.

But I do think many of these high-profile environmental groups do good work. Greenpeace and Sierra Club, for instance, work tirelessly to address fracking, mountaintop removal [mountaintop mining], and other things that do contribute to global warming. I applaud them for that. Where I’m highly critical is the way they misrepresent animal agriculture or their lack of addressing that at all. They very rarely discuss animal agriculture. And if they are concerned about climate change, it really should be at the forefront of all of these organizations’ mandates. Because if they are concerned about addressing climate change, water consumption, pollution, or deforestation—the list goes on and on—animal agriculture needs to be front and centre, and yet it’s all about fossil fuels. That to me is suspicious on many levels.

Q: Why do you think it’s not on their agenda?

A: They think that by adding this to the agenda, they will alienate and lose their supporters. It’s easy to go after the oil industry because everybody else does. That is not to say the oil industry doesn’t need to be challenged, because they do a tremendous amount of damage to the environment. But the CEOs, directors, and board members of the big environmental groups all eat animal products, so how can they advocate for people to change their lifestyles if they don’t do it themselves? Another part of it could be the fact they are truly ignorant about the situation. They are following the other leaders and what the other groups are doing, so they think they just have to address certain things.

There’s also the possibility that they’re receiving donations from the animal agriculture industry. Greenpeace, for example, says they accept donations only from individuals. But if you look at their donor base, some of their biggest donors are affiliated with animal agriculture, whether they have a family history involved in ranching or they own commodity grains and soybean, which are vastly fed to livestock. In all fairness though, it’s very hard not to have a financial investment in these industries because they are so massive. If animal agriculture were to disappear, it would affect the stocks of oil because animal agriculture consumes massive quantities of fossil fuels. So the entire system is tied together. That’s why we think it’s absolutely imperative that environmental groups address this.

Then there’s the aspect of government repression. In the United States, there are laws that criminalize exposing atrocities committed against the environment and against animals by the agriculture industry. They’re known as “ag-gag laws.” They literally make it illegal to film a farm, even if you’re standing on public property, without the permission of the farm owner. There’s the federal Animal Enterprise Terrorism Act, which says that to disrupt the business of an animal enterprise is to commit an act of terrorism. These are laws that were created by the industry to silence and repress dissent.

Q: You say it’s easier for climate change activists to go after the industrial sector. Why is this the case and why is it a problem?

A: Criticizing fossil fuels has been a staple of the environmental movement for more than 30 years. We can look at the emissions coming out of a car, smell them, and know that it’s bad. We can see a coal-burning power plant and know that it’s bad. And it’s very easy to point the finger because we might not think about what are doing in our own lives. An organization might advocate for driving less and everyone can easily get on board with that. When you start talking about changing diet, however, it seems to touch on a nerve for most people. So I think it is easier to target, say, fossil fuels.

Even though the animal industry is one of the biggest on the planet,  is the most destructive, and has a violent history of repressing activists, the big environmental groups go after the oil industry and say nothing animal agriculture. I think it comes down to this misconception and belief that we have to eat animals. People don’t bother talking about it because they think we have no other choice. The reality is that there are millions and millions of people around the world who live entirely plant-based lifestyles without eating any animal byproducts or proteins and are thriving. I think part of it is ignorance on the part of nutritionists and our culture. Too often we view eating animals as a tradition, as the way things must be done, and it’s not challenged.

Q: Doesn’t this take the heat off oil and gas industries?

A: It does and it doesn’t. Because if people stop supporting animal agriculture industries, it would greatly affect the oil and gas industries. We’re not trying to misdirect people away from talking about the oil and gas industries; they are all interconnected. If you want to curb emissions, let’s talk about how much fossil fuel goes into producing one pound of beef: anywhere from 10 gallons of crude oil all the way up to 99 gallons. This is an industry that’s very oil-intensive as well. The fertilizers that are fed to the plants that are fed to animals all come from petroleum. The pesticides, the herbicides, these are all coming from petroleum. So I don’t think we will see the oil industry championing this cause anytime soon.

Q: What about eating less meat and less dairy? Is that a viable option for those who just can’t live without them?

A: If we were facing a different timeline, in terms of urgency, I think things like Meatless Mondays, vegetarianism [eating eggs and dairy, not meat], would make sense. But the amount of emissions going into the atmosphere at such a rapid pace, we just simply don’t have time for what could be perceived as baby steps. We really need a massive shift to happen as quickly as possible. We’ve already exceeded the 350 parts per million of carbon in the atmosphere. There’s a big push from the few environmental organizations that say we can help the environment by eating local, grass-fed animals, or going vegetarian instead, things like that, but those just aren’t solutions for today.

The single biggest thing anyone can do to fight climate change, more than not driving, taking shorter showers, or living without electricity, is just to change their diet. It’s not even that radical. What climate scientists and governments are looking at now is adaptation instead of actually stopping climate change. The attitude that we are beyond hope, so we might as well figure out how to live on a planet as the climate changes. But I do think there are still things we can do. And amazing shifts have taken place in society throughout our history. We need to remember that the things we are facing are not insurmountable and we have an obligation to change the world for the better.