Since moving to Winnipeg from India as a teenager, the cab driver helped more than 40 families start a new life in Canada 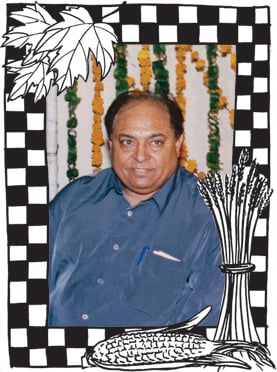 Rajinder Sodhi was born on May 23, 1953, in Rajpura, a city in the Indian state of Punjab. He was the oldest of four sons by Hartirit and Amirt Sodhi, farmers who raised livestock and tended to fields of corn and wheat.

In the early 1970s, when many Indians were immigrating to Canada, Hartirit urged his eldest boy to go to “the promised land.” To help pay for Rajinder’s journey, his father sold the family farm. The Sodhis moved to a one-room apartment, in which they kept chickens, separated by a hanging sheet. Amirt sold the eggs, and Hartirit got a job at the local post office.

Rajinder boarded a plane, alone, bound for Winnipeg in November 1972. He was 16, sporting a turban and dreading the cold. His parents had arranged for an acquaintance to meet him when he arrived, but that person never showed up. “It was pretty tough from the get-go,” says Arvin Sodhi, Rajinder’s son.

On the plane, Rajinder had met another young man from Punjab. Unlike Rajinder, Bicky Dhaliwal, then 17, spoke a bit of English. Bicky helped Rajinder get a ride from the airport, and for nearly a year, they shared a cramped $25-a-month attic apartment, with a hot plate and two single beds. “We used to cry together,” recalls Bicky. “We missed our parents.” But their main focus was survival. “We were just trying to stay in Canada,” says Bicky, “this strange country.”

Rajinder, who adopted the name Paul, worked many odd jobs: for 70 cents an hour, he’d clean dishes in the kitchens of pizza joints, iron clothes at a garment factory, or help run a convenience store. He longed for authentic Indian food and would often spice up Canadian offerings: tuna sandwiches made with turmeric, cumin, garlic, ginger and mayo, or curried baked beans.

In the late 1970s, Rajinder took courses in agricultural sciences at the University of Manitoba. He loved gardening and considered moving to Alberta, where he might find a job at an agricultural company and farm.

In the end, he opted to drive a taxi in Winnipeg, which allowed him to send money back home to his parents so that they could buy a new house, and to his siblings for their eduction. In 1980, Rajinder purchased his first cab, which he viewed as both a business and a vehicle for himself in one. During the ’80s, his taxi business grew to about 30 cars. He also owned a grocery store, a flour mill, and had investments in India. In 1983, through an arranged marriage, he wed Adarsh Kapoor in India. Together, they had three children: Amandeep, Sumanpreet, and Gurpal. (Arvin, who was born in 1978, was a son from a previous relationship.) Rajinder’s life was on track, and his Indian network was being recreated in Winnipeg, as he encouraged family and friends to migrate. He often trumpeted driving a taxi to newcomers as a way of making a good living.

But he never forgot about his homeland. In the late 1980s, Rajinder bought 500 acres of farmland in Punjab, and dreamt of returning to the agricultural life his parents had given up for him. A decade later, he moved his family to India, where he planned to farm sugar cane. Rural India, however, was a world away from Winnipeg, and the Canadian-born Sodhi children had difficulty adjusting. Within a year, they all returned to Winnipeg. As with his first start in Canada, Rajinder had no job prospects, and again looked to the taxi business, eventually purchasing two cabs.

Over the years, Rajinder helped many others begin again, too. By 2011, some 40 Indian families had obtained their Canadian citizenship with his assistance, and he was known to give out loans to people who were in need. One of those he encouraged was Kulwinder Sodhi, a nephew’s wife. When she came over from Punjab in 2006, she felt displaced, disappointed by her job prospects. Rajinder would tell her, “Don’t worry, you’ll be fine, you’ll get a job,” says Kulwinder, who now works in technical support at MTS.

In 2009, Rajinder semi-retired, driving part-time because, Arvin says, “otherwise he’d go crazy.” On Jan. 3, 2011, shortly after Rajinder picked up his second passenger of the day, his Toyota Prius, cab No. 200, collided with a Cadillac. Two days later, he died in hospital. That morning, Kulwinder was supposed to finalize her citizenship. “Due to him, I am in this country, and he left on the same day I took my oath,” she says. Rajinder was 57.