Ready, set, bet: The thing to do during Great Kate Wait 2

Betting on the royal baby name is big business, and a welcome distraction. So we joined in. 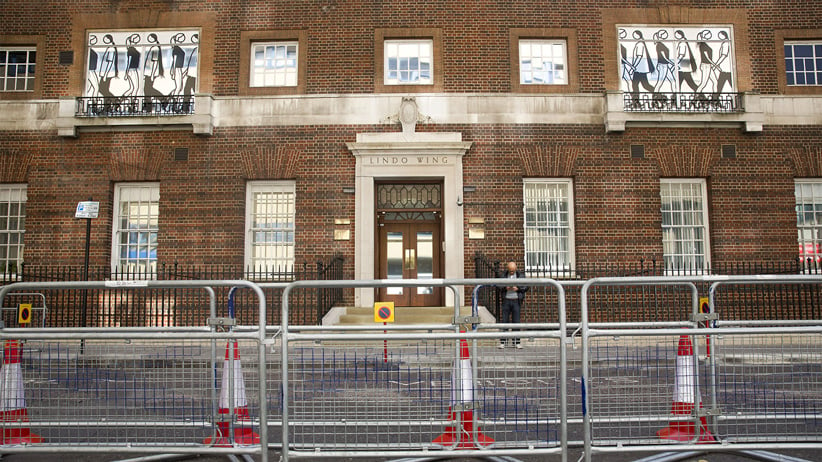 No one wants a repeat of 2013’s Great Kate Wait. After all, hordes of media lived outside St. Mary’s Hospital, burning under the hot summer sun. A live feed of the doors to the hospital’s Lindo Wing, where Kate would give birth, was watched by millions. Yet for weeks, nothing happened. The media spent umpteen days inventing things to talk about. Was the Queen impatient for her new great-grandchild? Would Kate be induced? What colour dress would she wear when she left hospital? No topic was too inane or trivial.

Now, for the imminent birth of Prince William and Kate’s second child, the media has been banned from its hospital campsite. They can only gather after the duchess of Cambridge goes into labour. Yet that doesn’t solve the problem of waiting for an event that may happen today, or tomorrow, or next week.

So, for many, there’s only one thing to do: spend hours and hours analyzing royal baby names. And then plunking down money on those guesses. Even Maclean’s has decided to get in on the action.

For William Hill, one of Britain’s leading betting firms, gambling on royal baby names is a tradition that goes back around 40 years, says spokesman Rupert Adams. There are three types of betters. The serious ones spend hours and hours researching friends and family of Catherine and William for likely names. Others literally bet on their own children’s names. Then there are those who gamble on utterly unlikely names such as Chardonnay and Tyrone (both at 500:1) so they can talk about it in the pub or bar.

Like everything, most people wait until the last minute to lay a flutter. There’s form. “Kate was very late,” Adams explains, which helped extend the crescendo of bets in 2013. Then she and William did the unexpected. “They announced it was a boy, then took time to announce the name,” he says. Betting went absolutely insane. Originally, the firm hoped around $100,000 would be laid on baby names. It got more than $1 million.

Related: Make your pick on what the royal baby’s name will be

This time, most bets have been laid in the last 10 days. “It will be nothing like last time,” says Adam, with a caveat. “We have a suspicion she will be late. It will ratchet up again.” While James and Arthur are the front-runners for a boy, Alice is in the lead for a girl’s name. It’s not a traditionally royal name, though Prince Philip’s mother is an Alice. Indeed, it was only on the list because an employee’s daughter is called Alice.

It was given 14:1 odds, then leapt into first place (6:4) around two weeks ago when a rather suspicious rush of cash was plunked down in the city of Tunbridge Wells. In an hour, 26 bets were placed, each for around $100, just low enough that local William Hill shops wouldn’t have to call head office for permission. Adams believes someone in the city heard something about the baby, then told friends and family, who placed the bets. Since then, the firm has had two $1,000 bets on Alice. To put it in perspective, the average bet is around $6.

Maclean’s has decided to get in on the action, with two bets that owe absolutely nothing to serious research, or even educated hunches.

It’s this author’s name, and I like it. “Princess Patricia” has a nice ring to it, don’t you think? Also, it has a royal link to Canada. Princess Patricia of Connaught was the beautiful daughter of HRH Prince Arthur, duke of Connaught, who was governor general from 1911-16. As the official vice-regal website says:

Their daughter, Princess Patricia, also lent her name and support to the raising of a new Canadian army regiment — Princess Patricia’s Canadian Light Infantry. Princess Patricia personally designed its badge and colours for the regiment to take overseas to France. As the regiment’s colonel-in-chief, she played an active role in the regiment until her death. She was succeeded in 1974 by her cousin and goddaughter, the Rt. Hon. Lady Patricia Brabourne, who became the Countess Mountbatten of Burma.

She had her pick of royal husbands, but chose love. In 1919, she married Cmdr. Alex Ramsey, a former aide-de-camp of her father and the third son of the earl of Dalhousie. And so she wouldn’t outrank him, she surrendered her royal titles, becoming Lady Patricia Ramsey. Hundreds of thousands lined London’s streets to see the couple go by in a carriage.

A family friend, William, has a girlfriend, Kate. Even before 2013, they were proud owners of a dog, George. Given that naming coincidence, I emailed his aunt to ask if there were any other members of their family. It turns out they have a cat named Mortimer.

In the unlikely event that one of those names wins, then Maclean’s will donate all proceeds to charity.