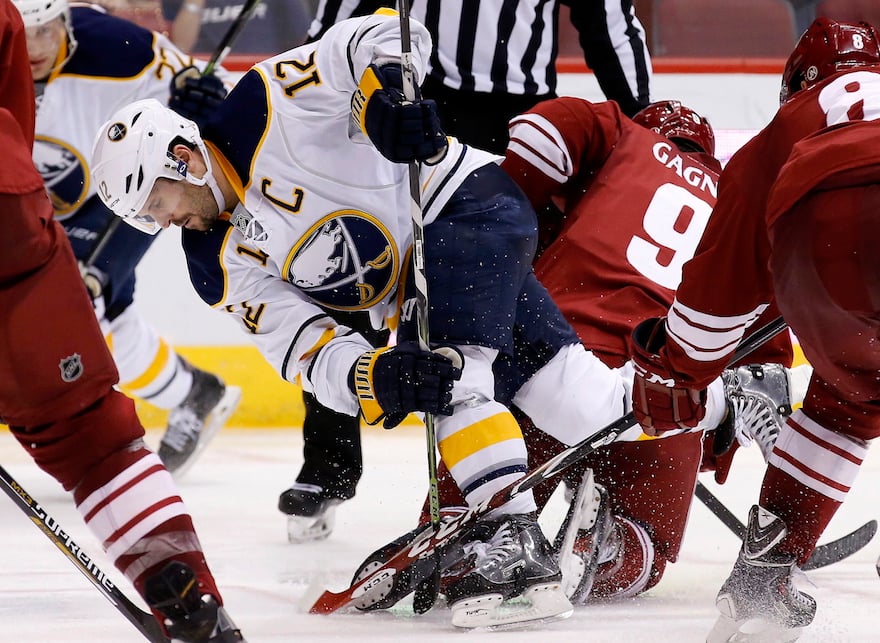 They were calling it the McEichel Cup: Monday night brought the second matchup in a week between the hapless Arizona Coyotes and the horrible Buffalo Sabres, two of the National Hockey League’s worst teams—with some suggesting that both teams have been actively “tanking,” or losing intentionally. On the line: the right to end the season as the definitively worst team in the league, to position themselves best in the lottery for the NHL draft to pick either superstar-in-waiting Connor McDavid or the prodigally skilled Jack Eichel.

That meant that Monday’s match—just four days after Arizona managed to eke out an overtime win against Buffalo (a game in which Buffalo fans cheered the defeat)—had the potential to make history as the worst NHL game ever. And history, even when it’s bad, sure is fun.

The game, then, didn’t disappoint. It was a sometimes comical slog, featuring one backup goalie and a clutch of wayward stretch passes, culminating in a 4-1 Buffalo win. To take in the festivities, Maclean’s gathered an elite group of hockey writers, stat heads and sports experts to analyze, lampoon and live-blog the game that was.

Related from Sportsnet: How to keep NHL teams from taking for the draft

Among the experts who joined national correspondent Charlie Gillis for our so-bad-it’s-good live-blog:

Adrian Lee, a Maclean’s digital editor who, when he was young, decided being a Leafs fan was a fool’s errand and decided to throw his undying support behind, of all teams, the Edmonton Oilers. This makes him the resident sports-despair expert.

Nick Taylor-Vaisey, a Maclean’s Internet geek who, when he was a young Leafs fan in a Toronto suburb, never forgave his father’s allegiance to the Montreal Canadiens. He’s almost never cheered for a winning team, unless the Argos occasionally count;

Colby Cosh, our columnist in Alberta, who knows sadness from his Edmonton Oilers and advanced analytics like the back of his hand.

Below, read a recap of all the fun snark, wonky stats sharing, and wry chatter.