During Kate and William's visit, correspondents broke out the superlatives to describe stunning natural backdrops 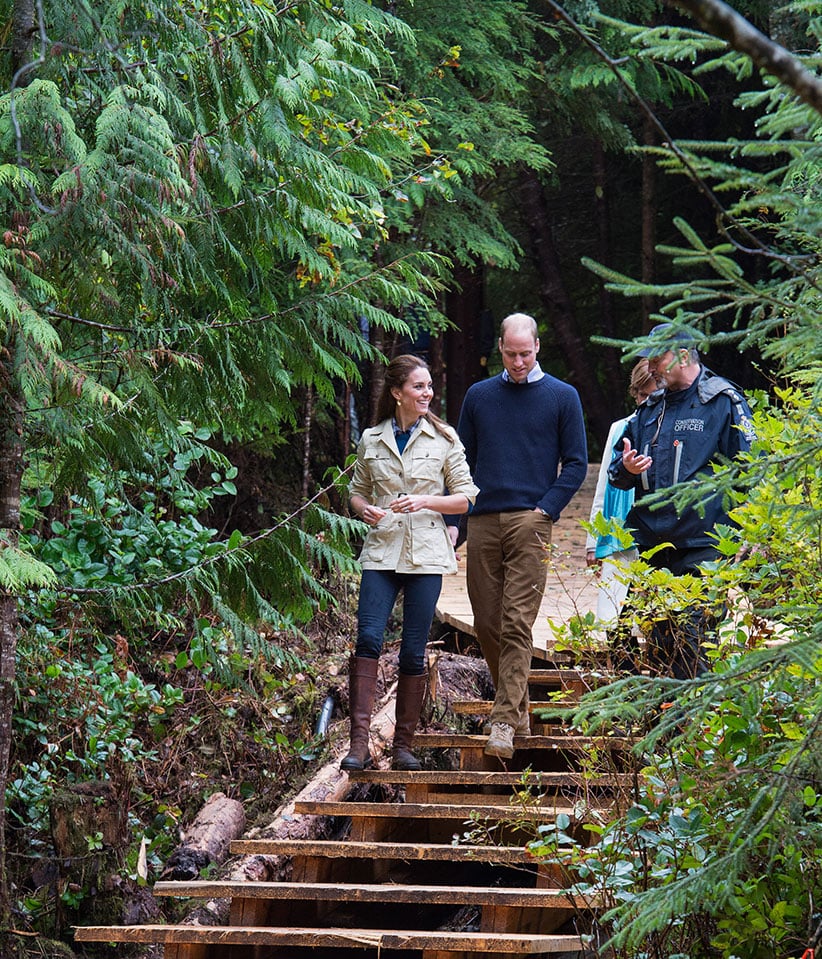 Prince William and Catherine, duchess of Cambridge, go hiking in the Great Bear Rainforest on September 26, 2016 in Bella Bella, Canada.

The visit by Prince William and Kate, duchesss of Cambridge, included many serious and solemn moments, including their interactions with Indigenous peoples, as well as meeting young people dealing with mental health issues and immigrants settling into their new country. It was also one long tourism campaign.

For eight days, images of the royals amid the ruggedly spectacular terrain of British Columbia and Yukon flooded newscasts and social media. There were William and Kate landing in Vancouver harbour, hiking in the Great Bear Rainforest, walking beside a steam train in Carcross, sipping wine in the Okanagan Valley. Every photo op seemed calculated to be more gorgeous than the last.

Correspondents from Britain and around the world exhausted a thesaurus of superlatives describing the scenery. “Breathtaking natural beauty,” said the BBC. The West Coast was “stunning,” proclaimed the Daily Mail. “Picturesque” was ubiquitous, used to describe everything from Kelowna, B.C., to Yukon’s Montana Mountain.

Even the duke of Cambridge rhapsodized. “Canada is a country of optimism, generosity and unrivalled natural beauty,” said Prince William. “We have loved our time in British Columbia and Yukon and will never forget the beautiful places we have seen and the many people who have been kind enough to come to welcome us in person.”

Tourism businesses rushed to capitalize on the royal visit as soon as the itinerary was announced in early September. “Follow in Will & Kate’s footsteps,” screamed one website. The day after the visit ended, the Guardian published a travel article titled, “A wine tour of Canada’s beautiful Okanagan Valley.” The writer’s trip, provided by Destination British Columbia, began at Mission Hill Winery, where the royals tippled the wine and ate regional delicacies. Mission accomplished.

FILED UNDER: duchesss of Cambridge Prince William Royal visit 2016 Will and Kate