Our editorial: Canadian cities are scrambling to declare themselves 'sanctuary cities'. But is it a wise move, or will it serve to further divide the country? 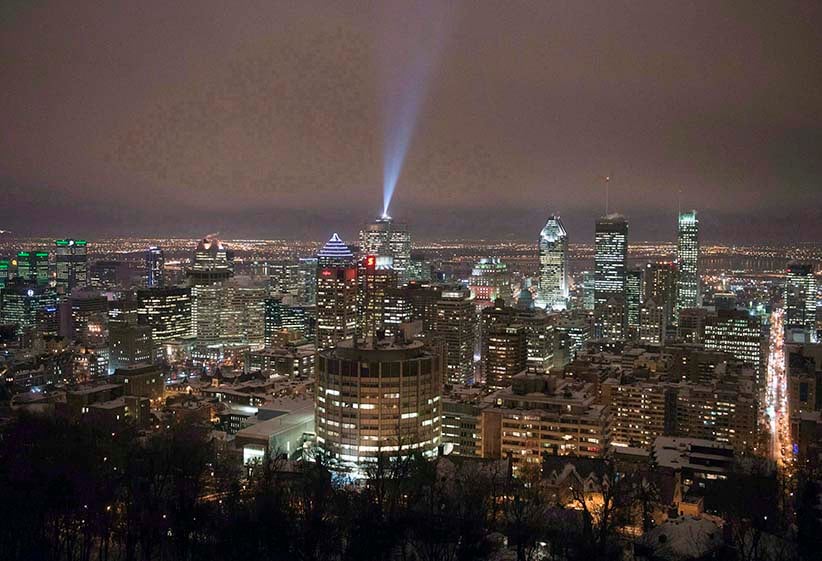 The downtown skyline is seen Wednesday, February 18, 2015 in Montreal. Montreal city council passed a motion on Monday making it the latest Canadian jurisdiction to declare itself a “sanctuary city.” (Ryan Remiorz/CP)

Canada is a sanctuary country. Our long history of generosity and openness toward the world’s most vulnerable peoples stands as a model for other countries. It is also a source of great national pride. This year, Canadians will welcome 300,000 new immigrants, including 40,000 refugees displaced by civil war in Syria.

Having established our national bona fides offering sanctuary to desperate immigrants and refugees, it is pointless—and reckless—to duplicate these efforts at the municipal level. The recent fad of sanctuary city declarations may offer civic politicians a symbolic thrill, but it threatens real damage to the broad public support currently enjoyed by Canada’s federal immigration system.

Last month, Montreal declared itself a sanctuary city, following in the footsteps of Toronto, Hamilton and London, Ont. “Message to Donald Trump. Montreal proud ‘Sanctuary City,’ ” Montreal Mayor Denis Coderre tweeted afterwards. Winnipeg, Regina and Fredericton are contemplating similar moves. But beyond making a political statement, what does a sanctuary city entail? It’s not always clear. London city council unanimously endorsed the idea, and then afterwards asked for a staff report on the implications of their decision; it seems an unusual way to conduct government business.

In Biblical times, sanctuary cities were places of refuge for those who’d committed manslaughter. Today in Britain, sanctuary cities simply strive to welcome all visitors. American sanctuary cities guarantee social services to all residents, regardless of immigration status, and promise to shelter undocumented immigrants from deportation by ordering local police not to co-operate with federal authorities on most immigration matters.

RELATED: Why some refugee claimants may have better odds in Canada

Toronto was the first city in Canada to declare itself a sanctuary city, in 2013, and its early efforts appear in line with the aggressive American approach: all residents are promised access to city services and police are instructed to avoid asking complainants about their immigration status. But sanctuary city advocates are now complaining that even this is insufficiently bold. Several recent reports declare Toronto’s record as a sanctuary city to be a disappointment because city police are still working with federal agencies such as the Canada Border Services Agency. This is absurd. Estranging local police from federal enforcement efforts is not a virtue, and doing so will inevitably weaken Canada’s admirable national consensus on immigration.

Broad and continued support for Canada’s liberal immigration system relies on citizens having confidence that the rules are being applied fairly and evenly, and to the entire country’s benefit. Deliberately creating municipal havens where this law is defied for political reasons promotes a dangerous polarization of views on immigration. Just look south of the border.

RELATED: The American Dream has moved to Canada

American sanctuary cities tend to be in areas with a long tradition of Democratic support and open hostility to federal authority dating back to the Vietnam War. San Francisco issues its own municipal identification cards meant to supplant federal or state-issued ID. The sheriff in Austin, Texas, another liberal enclave, recently said she’ll no longer honour federal requests to detain illegal immigrants. Such municipal declarations of independence have led to a predictable backlash in Republican parts of the country. The internal disorder created by nearly 300 sanctuary cities (and three sanctuary states) goes a long way to explaining Trump’s success in last year’s election—his victory is an attempt to wrest back national control over immigration from these breakaway jurisdictions. One of Trump’s first executive orders seeks to withhold federal grants from sanctuary cities. Why would anyone want to import this sort of dysfunctional politics to Canada?

If municipal politicians feel strongly about Canada’s immigration rules, they should get themselves elected to Parliament, where they can try to change federal policy in a constitutionally respectful manner. Otherwise, they should stick to their own backyard. And tell their police to show respect for our national laws.