Are we on the cusp of a revolution in how we understand the brain?

Two new studies suggest a potential game-changer in how scientists understand of the brain, which could advance research on MS and Alzheimer's 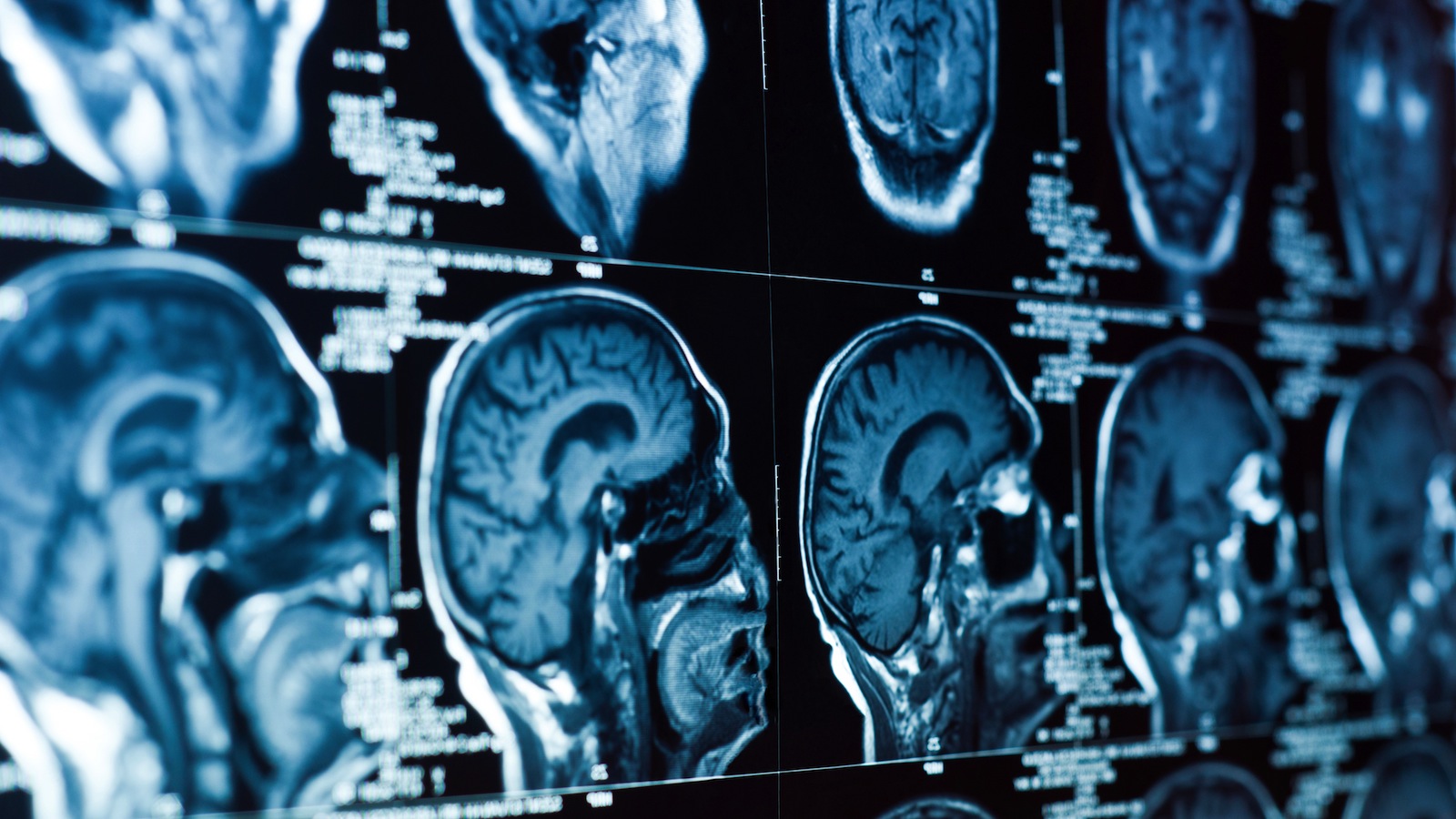 “Brain drain” is taking on new, and promising, meaning in the wake of two studies published this month that could help revolutionize how neurological diseases are understood and treated. In the first, neuroscientists at the University of Virginia (UVA) announced they had accidentally stumbled upon a lymphatic system linking the central nervous system (CNS) and the immune system. This research, published in the journal Nature, is the medical equivalent of finding a new land mass or galaxy; it also flies in the face of medical dogma that the CNS (the brain and spinal cord) is an “immune-privileged” organ. Textbooks teach that the CNS is the only major organ without its own lymphatic system, a drainage network running parallel to the blood circulatory system. Think of it as the body’s sewer, or garbage truck: Lymph, a clear liquid that includes white blood cells, rids the body of waste, toxins and waste products; it is also essential for immune-defence mechanisms.

Days after the UVA study was published, it was echoed by research out of the University of Helsinki published online in the Journal of Experimental Medicine. Researchers there found a lymphatic vessel network in the brain’s lining with direct connections to the lymphatic network elsewhere in the body.

The implications for understanding and treating incurable neurological disorders of unknown origin, including multiple sclerosis, ALS and Alzheimer’s, is potentially seismic. “We believe that, for every neurological disease that has an immune component to it, these vessels may play a major role,” said Jonathan Kipnis, a professor in the UVA department of neuroscience and director of the Center for Brain Immunology and Glia, in a statement. “In Alzheimer’s, there are accumulations of big protein chunks in the brain. We think they may be accumulating in the brain, because they’re not being efficiently removed by these vessels.” Aleksanteri Aspelund, one of the authors of the University of Helsinki study, expressed his amazement at the discovery and its potential ramifications in an interview: “We were stunned to find such an extensive network in connection to the brain,” he said. “This incredible finding completely changes our understanding of how the brain is cleared of excess fluid, and gives a chance to look at brain diseases from a completely new angle.”

Both studies dovetail with, and buttress, a burgeoning field of neurological research into the “glymphatic” system, a term coined by neuroscientist Maiken Nedergaard in 2013 to describe a unique waste-removal system in the brain that flushes away toxins. Improper or impeded flow through this system, it has been posited, underlies pathogenesis of neurodegenerative disorders. Nedergaard’s pioneering work at the University of Rochester found this system is most active during sleep—a discovery seen to shed more light on the health benefits of rest. Nedergaard’s work crystallizes more than a decade of scientific inquiry. As Italian vascular specialist Paolo Zamboni notes in this commentary published last week, the UVA study “does not represent a revolutionary discovery, but rather an updated systematic description of connections and functions of the lymphatic system in this anatomical district” that date to the 1850s.

The UVA breakthrough provides an instructive lesson in how discovery requires an open mind. The team wasn’t searching for a lymphatic system when it began research in March 2014, Antoine Louveau, the study’s chief author, told Maclean’s in an interview. They were investigating the meninges, the membrane that envelops the brain and spinal cord. “Most neuroscience labs don’t care about the meninges,” says Louveau, a post-doctoral researcher at UVA. “They consider it protective tissue without any function.” Their research looked at how immune cells enter and leave the meninges, he says: “We wanted to know if those immune cells could play a role in normal brain function, like cognition.”

The team focused on the outer layer of meninges nestled beneath the skull, which is typically ignored by researchers, Louveau says: “Most researchers are only interested in the layer next to the brain.” Since no literature on dissecting that layer in the mouse brain existed, Louveau pioneered a technique: He fixed the entire meninges within the skullcap, so the tissue was secured in its physiological state.

When they started staining the meninges to see immune cells, they were surprised to see the cells aligning to a vascular structure, Louveau says. When they determined that the vascular structure was not part of the cardiovasculature (the body’s system of veins and arteries), they looked to the body’s other known vascular system—the lymphatic system: “Even though textbooks teach that the lymphatic vessels end at the neck, we did staining. That’s how we came across those vessels.”

The team’s initial elation was followed by skepticism, Louveau says. “The first time we saw the vessels, we were really, really excited,” he says. “We said, ‘We’ve found something major.’ Then the excitement calmed down and we said, ‘This cannot be real. Somebody has to have seen it before. It has to be somewhere in the literature, or we must be doing something wrong.’ ” Kipnis says he believed medicine’s knowledge of the body was already complete: “I thought the body was mapped,” he said. “I thought that these discoveries ended somewhere around the middle of the last century. But apparently, they have not.”

After a year of study, the team determined the vessels were lymphatic. The fact that they ran parallel to a major blood vessel, lining the dural sinuses (venous channels found between layers of dura mater in the brain), made them difficult to image, Kipnis explained. “If you don’t know what you’re after, you just miss it.”

Before textbooks are rewritten, however, the work must replicated by other labs—and in humans. A small sample of human post-autopsy brains “hinted” at similar structures, says Louveau, who says the proof could come in a month, or it could take years. “A big part is luck,” he says. “In the mouse, we were able to get the whole meninges in one unit. In humans, we can’t do that.” Lymphatic vessels in post-mortem human brains are fragile, he says, which makes them difficult to work with. “You need to get them as soon as possible after autopsy, so the tissue will be preserved,” he says. UVA researchers are now honing in on three diseases to show functional relevance: multiple sclerosis, Alzheimer’s and meningitis.

Within the scientific community, the UVA finding has been greeted with curiosity tempered by caution. “It’s interesting new biology that looks exciting, but there’s much more work to do,” Barry Greenberg, director of strategy for the Toronto Dementia Research Alliance, wrote in an email. Greenberg, the director of neuroscience drug discovery and development at the University Health Network in Toronto, sees potential in understanding Alzheimer’s: “It may be a critical pathway for removal of amyloid from the brain, and involved in reduced removal in disease leading to its pathological build-up.”

In a blog posted on the MS Society of Canada’s website, Karen Lee, the society’s vice-president of research, called the discovery of a brain lymphatic system “ground-breaking,” before focusing on how the finding could help researchers understand the autoimmune theory of MS that, though unproven, has been the basis of MS research for more than half a century: “Although it’s too early to say for sure, these findings could open up new opportunities for studying the disease mechanisms by which the body’s immune system turns against its own tissues in MS,” Lee writes.

Louveau sees otherwise. The discovery of a lymphatic system in the brain potentially overturns current thinking about diseases such as MS, he says: “It definitely could bring new light to the etiology of neurodegenerative diseases, which could shape treatment. Maybe by targeting those lymphatic vessels instead of targeting the immune system, per se, we may be able to ameliorate those diseases.” It’s a bold hope, one born of being able to see beyond medical dogma.