Chris Hadfield: 'So, where to next?'

Space travel has let us see the entire world with unprecedented clarity, writes Col. Chris Hadfield. Now we just need to pick our next destination. 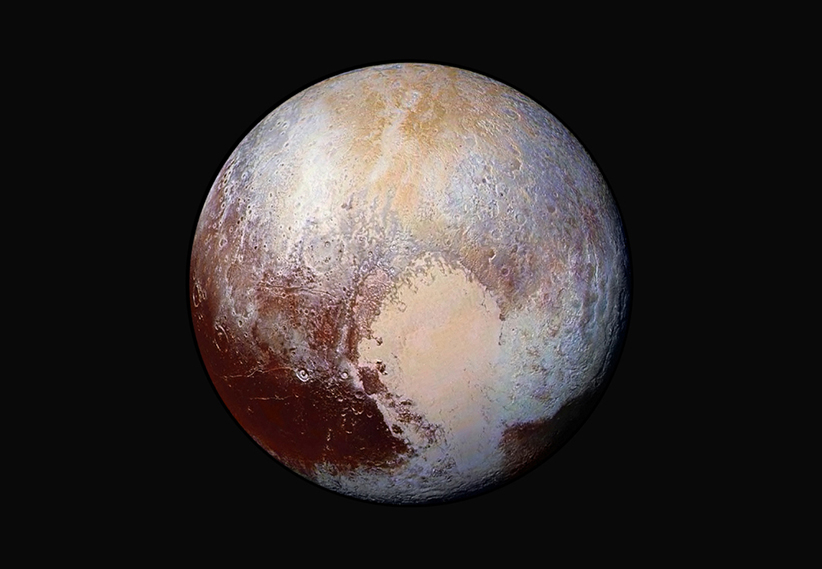 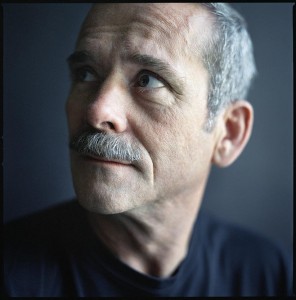 Col. Chris Hadfield is the former commander of the International Space Station, the first Canadian to walk in orbit outside the station, and the first Canadian to operate the Canadarm. He is also guest-editing a special space issue of Maclean’s, out on newsstands both physical and digital—on Next Issue, Apple Newsstand and Google Play—now. Here, the iconic spaceman writes on the majesty of space.

If you were a Plutonian, and knew just when to look up a few weeks ago, you would have seen an amazing sight. There, in the eternally black sky, a shiny metal contraption the size of a small Buick suddenly appeared near the tiny sun, flashed swiftly from horizon to horizon, and disappeared into the darkness.

You might have raised an alien tentacle and scratched your ET head at the UFO encounter. You would have asked your Plutonian friends: “What was that?” and, “Where did it come from?” and, hauntingly, “Are we alone?” And you would have looked back at the sky with a renewed wonder and curiosity; a respect for both its immensity and its infinite variety.

That shiny contraption was the New Horizons research probe, and the information it has beamed back to us since, clear across the solar system, makes intelligent life on Pluto highly unlikely. But here on Earth, the builders of that small craft have been asking those same questions for millennia.

Until very recently, our voyages into outer space were pure fantasy. From Hindu and Greek epics to Voltaire’s “Micromégas,” the imaginations of our ancestors were stretched by the immense possibilities of the universe. With the invention of the telescope, the fervour only intensified, as Galileo showed us Saturn’s rings and Jupiter’s moons, and Percival Lowell and Ray Bradbury wrote about canals on Mars.

But to actually travel in space? Many skeptics deemed it impossible. The New York Times famously dismissed it in 1920 as “absurd.” Yet the relentlessness of human invention not only found a way to launch Sputnik 1 in 1957, but shot Gagarin into orbit in 1961 and put Armstrong and Aldrin on the Moon just eight years later. Today, there are six people living off the Earth; in fact, we have had continuous human presence on the International Space Station for the past 15 years, since November 2000. We’ve gone from make-believe to space colonization in half a lifetime.

But New Horizons’ successful flashing flyby of Pluto has galvanized us once more to ask: “What’s next?” and, “What problems keep us from getting to space more easily?” and also, “What’s left to explore?” This week’s special issue of Maclean’s looks at those questions, as well as at a more fundamental one: “Why do we explore space at all?”

Exploration is a fundamental, necessary part of being human. As infants, we inherently gain the ability to walk, well before we can talk. The ensuing interactive experience of tottering around, directly stimulating our senses with endless unexpected new information, enables our development. Teens are instinctively driven to rebel and leave home for the same reason.

Related: Question and Astronaut: Our interview with Chris Hadfield

As adults, we have extended those initial steps to explore our entire planet. Our earliest forebears, on foot, then by cart and boat, pursued their curiosity out of Africa some 60,000 years ago. They explored, then settled the farthest reaches of Australia and South America, and across the Arctic. We first arrived in New Zealand only 750 years ago, and made it to the last continent, Antarctica, in the mid-1800s. And with the inventive tinkering of the Wright brothers, we finally started directly exploring the third dimension in 1903, just one long lifetime ago.

There is nothing sacrosanct about space exploration. It’s just the latest version of an ancient pattern: using our most advanced technology to discover, probe, then irrevocably push back the edges of our experience and imagination.

Space travel has enabled us to see the entire world with unprecedented clarity. The space-faring nations use the high ground profitably for communications, navigation, weather forecasting and observation, and for the scientific understanding of both ourselves and everything that lies beyond. 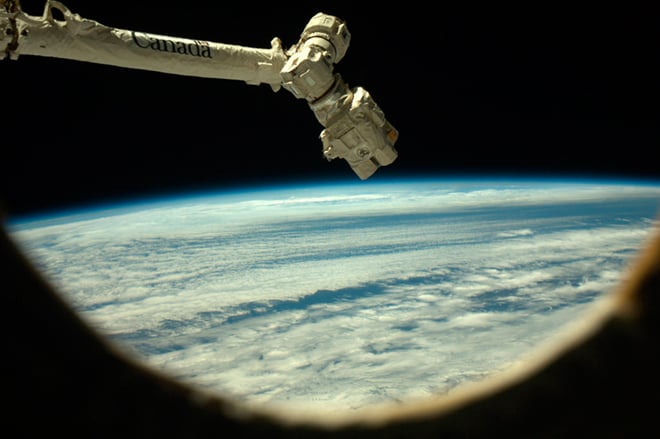 Canada has been in space since the beginning. We started designing our first satellite at the time of Sputnik 1, and eventually built and launched it with NASA in 1962—a 150-kg silver beach ball called Alouette 1, for ionospheric research. Our satellites pioneered the use of space for communications and remote sensing, and we have had astronauts since Marc Garneau first flew in 1984. Our robots did the heavy lifting building the International Space Station, and our small fleet of satellites currently study stars, asteroids and space weather, as well as Earth’s water, temperature and atmosphere. Our experiments on board the Space Station laboratories investigate cosmic radiation, satellite repair, osteoporosis and human aging.

So where should our curiosity take us next? The biggest question we can perhaps answer through space exploration is: “Are we alone?”

For the past few decades, we’ve been looking nearby using robotic probes. Life as we know it requires water and heat, and we have found that combination in surprising places here in our solar system. Mars has oceans of water frozen in the dirt of its permafrost, and has the largest volcano we’ve ever seen, anywhere. Asteroid Ceres, so big, it’s really more of a dwarf planet, looks as if it may contain more water than all the fresh water that exists on Earth. Saturn’s icy moon, Enceladus, spews hydrothermal salt-water geysers into space, feeding that planet’s famous rings. And even Pluto, incredibly remote from our Sun, appears to have water-ice mountains and inexplicably flowing nitrogen glaciers beneath its thin, icy atmosphere.

Related: Inside NASA’s Z2, the spacesuit that could get us to Mars

Looking farther beyond, using our best space-based telescopes, we have recently identified more than 1,000 planets orbiting our closest neighbouring stars, and a handful of those are similar to Earth in both size and the warmth they receive from their suns. When we take that new discovery—that there are a few Earth siblings per thousand planets—and extend it to the scale of the universe, with the hundreds of billions of stars that are in our galaxy and the hundreds of billions of galaxies that exist, then, inevitably, there must be a virtually unlimited number of Earth-like planets.

Because those planets are too far away for us to directly see evidence of life, we’re building the biggest, best radio receivers ever made. China is finishing the largest so far; at 500 m across, it’s the size of 33 football fields. Physicist Stephen Hawking has teamed up with an Internet billionaire to not only build new equipment to better listen for alien transmissions, but for us to transmit, as well—just in case there’s a similarly minded group of creatures out there somewhere, building their own enormous dish antenna, listening for us.

Perhaps the only way we will know for sure is to find evidence, alive or fossilized, on a planet or moon closer to home. And that, just as for all of space flight’s more prosaic commercial uses, requires building safe and reliable rocket ships. Although our basic rocket design hasn’t significantly changed since the Soviets launched Sputnik 1, several leading entrepreneurs—Jeff Bezos of Amazon, Sir Richard Branson of Virgin and Elon Musk of PayPal and Tesla—are working to change that. They have all started their own rocket companies, and they know that if they can find a way to make the big, first-stage lifting rocket reusable, like an airplane, they can drop the cost of access to space by 10 or 100 times. All three have built and demonstrated parts of that reusability, and seem to be getting very close to full success. When that happens, the experience of space flight will suddenly become much more commonplace. Opportunities for business in Earth’s orbit will radically change. And so will our thinking here on Earth. Seeing the world as one place gives us a much-needed global perspective of ourselves. The model that has been established for the International Space Station, of 15 habitually fractious and warring countries co-operating to explore the universe together, is rare. The Station flies as an example of what we can do when we’re committed to a common higher purpose.

But the Space Station is just a spaceship and, like all machines, won’t last forever. Canada, Russia and the U.S. have chosen to extend their funding until at least 2024. Even when Europe and Japan also decide to support it through 2024, then we all agree to extend it a few more years, we will still need an exploration destination after the International Space Station.

The U.S. has decided that its long-term goal for human space flight is Mars. It has water, heat, an atmosphere, 38 per cent of Earth’s gravity, deep caves, ice caps and the allure of hidden life. It’s also the prime choice in pop culture, with movies such as The Martian, as well as populist ideas like Mars One. But there is much to invent before we will ever actually go to the red planet. The myriad problems of primitive, slow rockets, interplanetary-radiation exposure, communication-lag effects, thin-atmosphere landing systems, reliable food production, and closed-loop water and waste recycling all need to be solved before we turn tail to Earth and head for Mars. Those technologies will need to be tested and proven in a place where we have the option of returning home when we inevitably make mistakes. And, after the Space Station is done, that place will be the Moon. 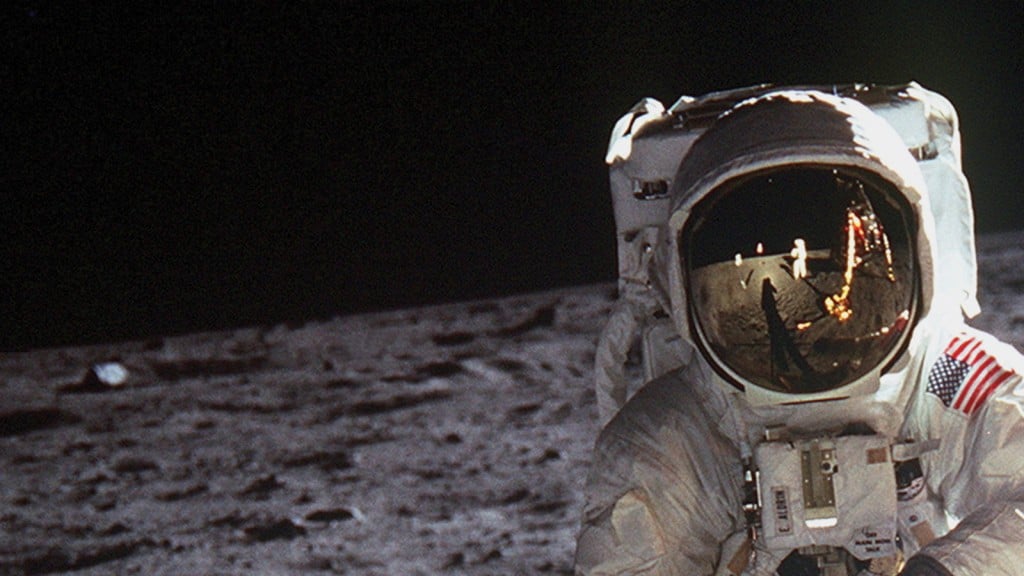 Just three days away, the Moon is the next logical step for human exploration. We have already sent robotic and manned probes there to start to understand what to expect. The actual building of an international Moon base will allow us to truly discover all of the complexities of maintaining a settlement off our home planet, without the irrevocable hazards of Martian distance. Technologies for vacuum propulsion, power generation and environmental control, as well as how to maintain our physical and mental health, can all be developed while still maintaining a resupply chain with home. Once we have discovered all the difficulties we couldn’t imagine, and found ways to solve them, we’ll be ready to follow our robot probes and head to Mars.

As people with just 10 fingers and 10 toes, we’re not good at imagining large numbers. We speak flippantly of billions and light years, but it’s nearly impossible to visualize what those words really mean. The immensity of distance and the enormity of time make the actual odds of finding alien life right now incredibly small.

But so it was with each new major step of exploration before we took it. Yet the steady, incremental invention of technology and ensuing accumulation of knowledge has allowed an unprecedented number of us to live in all corners of the Earth.

Lunar and Martian exploration and settlement are just the inevitable continuation of the ancient nature of human exploration itself. And there’s no hurry. We’ll get there.