B.C. starfish are dissolving into goo, and no one knows why

Scientists are baffled: “We have no clue what’s causing this,” says one marine biologist 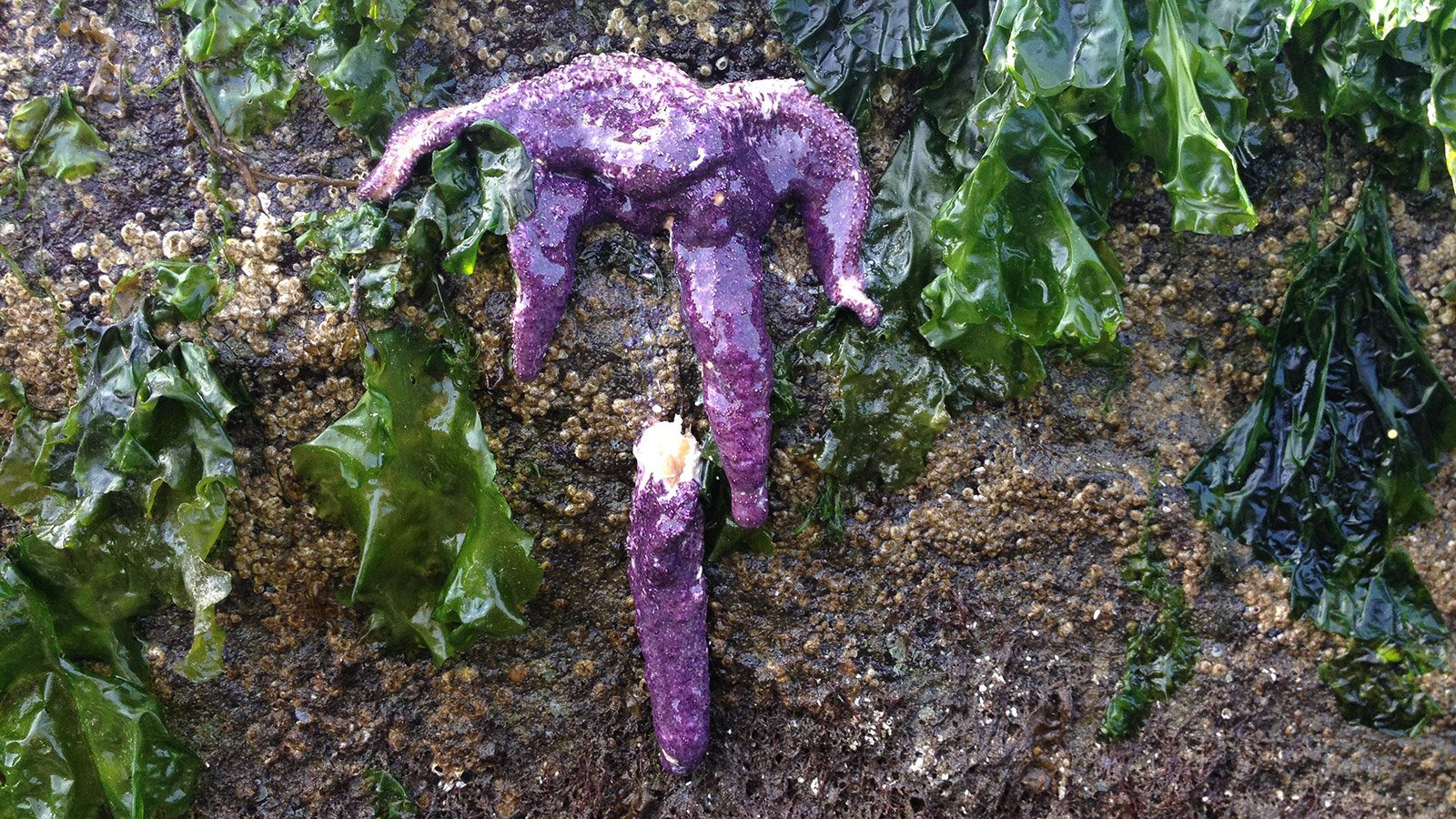 From Alaska to Mexico—and all along the B.C. coast—an iconic animal is disappearing. For reasons that remain baffling to scientists, starfish are dying by the millions, in the grips of a mysterious wasting disease that dissolves their bodies into goo. “I’d do beach walks along a 50-m stretch of shoreline, and count 500 or 1,000 of them,” says Chris Harley, a marine ecologist at the University of British Columbia who’s been monitoring sea stars (as scientists call them) for nearly two decades at sites around Vancouver, West Vancouver and White Rock. Revisiting one of these sites recently, he found a single sea star.

The Vancouver Aquarium, which has been tracking the outbreak of sea-star wasting syndrome, warns that the B.C. creatures are experiencing a “mass mortality event,” with some species like the big sunflower stars (which Harley calls “glorious things the size of manhole covers”) particularly affected. On June 4, an Oregon State University (OSU) team warned of an “epidemic of historic magnitude” that threatens to wipe out the state’s entire population of purple ochre sea stars: in the intertidal zone, which is covered by water at high tide and uncovered at low, between 30 to 50 per cent of the species has the disease. “We have no clue what’s causing this,” admitted OSU marine biologist Bruce Menge, not to mention how long it will go on. Sick sea stars appear deflated, like they’re “rotting away,” says Pete Raimondi of the University of California at Santa Cruz. “They start to curl up, and then jettison their arms,” Harley explains. “The arms crawl away from the body.” Depending on the hardiness of the species, the star can last up to a few weeks, or die within a day or two. Raimondi says some sea stars simply rot in place, leaving a ghostly imprint built out of bacteria and nothing more. “It’s very creepy looking.”

This epidemic of sea-star wasting syndrome caught scientists’ attention last spring, with massive die-offs reported near Vancouver and Seattle. Sea-star wasting events have been reported in the past, says Raimondi, but nothing like this. The last two big wasting incidents, in 1983-84 and 1997-98, were during El Niño years, when ocean waters were particularly warm. “Wasting is often an attribute of warm water,” which can compromise a sea star’s delicate skin, he explains. “This time, it wasn’t associated with El Niño, and we first saw it north, in Canada and Washington. Then it started spreading south.” Early in the outbreak, a dive team from the Seattle Aquarium was sent under a nearby pier to collect samples. “When they first went down, they saw a small proportion of the sea stars were diseased and dying,” says aquarium veterinarian Lesanna Lahner. Two weeks later, more were affected. “A week later, all the sea stars were dead.”

The science of meditation

How sugar is fuelling the biggest health crisis of our time

What science tells us about bird brains

Everything from Fukushima radiation to pollution has been blamed for the deaths. Scientists are beginning to unravel the cause, which seems to be bacterial, viral, or possibly both. “We think it’s a two-step process,” Raimondi says: an initial attack from a bacteria or virus that suppresses the animal’s immune system, and then a secondary infection that takes hold. The role of climate change, if any, isn’t yet clear, he adds; nor do scientists know for sure whether the pathogen is native to the West Coast or an exotic invader.

According to Lahner, a team at Cornell University (which collaborates with the aquarium) is cataloguing bacteria and viruses from sick and healthy sea stars. “We’ve never even looked at what bacteria and viruses are normal in sea stars,” she says, partly because these animals aren’t “of commercial importance.” Even so, sea stars are often called a keystone predator, one that holds their surrounding ecosystem together: they feed on mussels, and without them, mussels would crowd out other species. “Sea stars are the lions of the Serengeti,” Harley says. “If you take them out, it completely changes what the ecosystem looks like.”

With the sea-star epidemic expected to worsen, at least in the short term, scientists can’t work fast enough to understand the mysterious wasting disease. “This is one of the largest wildlife die-offs that we know of,” Lahner says. “It’s a signal in the ecosystem that something’s not right.”