Why you should be wary of 'scientific' cooking methods 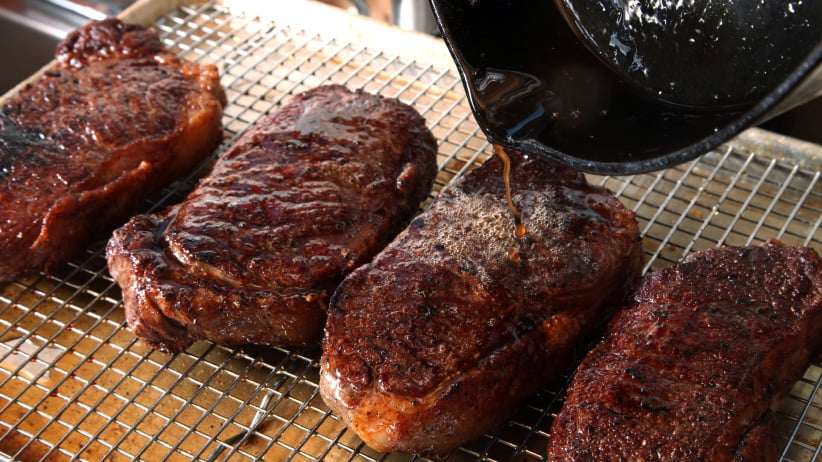 If by some horriﬁc twist of fate you happen to have absolutely no idea how to properly grill a piece of beef, and this weekend you found yourself poised to begin, you would more than likely turn to the internet for some trendy culinary inspiration. And there, things would get weird fast.

Trust me: I tried it just last week. And what I learned online was that the most popular grilling advice of the moment does not come from sensible, French-trained chefs versed in centuries of proven traditions. Instead you will ﬁnd a bunch of Americans peddling newfangled solutions entirely of their own making—each of them purportedly rooted in infallible science.

Take, for example, the advice from J. Kenji López-Alt, at Serious Eats, a.k.a. The Food Lab, a massively popular website that’s described as “unravelling the mysteries of home-cooking through science” (and which begat a bestselling cookbook). His original, scientiﬁcally proven method was to cook a cold steak in a very low oven, and then ﬁnish it with a stovetop sear (yuck). Now he has a new one: sear the steak, rest it (so far so good)—and then, re-crisp its surface by dousing it with hot fat (ridiculous).

MORE: Why Canada’s seafood market is so bad, and costs so much

Meanwhile, over at the America’s Test Kitchen website, the mind-numbingly pedantic editors of Cooks Illustrated propose another scientiﬁc solution: they massage their grilling steaks with a thick layer of salt mixed with corn starch (really), and then—right before putting them on the grill—stiffen them up with a 30-minute stint in the freezer (no comment).

Each of these convoluted and ill-advised approaches owes some part of its inspiration (and dubious credibility) to the seminal science-minded cookbook author of this generation, Dr. Nathan Myhrvold. For buried somewhere in the 2,500-odd pages of his original magnum opus culinarium, Modernist Cuisine, you will ﬁnd a recipe for the common hamburger. And its patty is ﬁrst cooked at a very low temperature (sous-vide), then frozen (in liquid nitrogen), and then exposed to maximum heat (in the deep fryer), maximizing its crisp and caramelized crust.

A bit silly, yes. But despite that and so many other absurdly esoteric and ﬂagrantly irrelevant recipes like it in the book, the former chief technology ofﬁcer from Microsoft understands science. And that, married to his passion for food and well-chosen collaborators (great chefs, every time), means that, however convoluted, his recipes really are rooted in infallible science, and conceived with one goal: that they taste as good as possible.

“I was blown away—and I never say that,” chef David Hawksworth told me of his experience dining on some of the products of that research at Myhrvold’s Cooking Lab in Bellevue, Wash., a visit that was arranged a few years ago by private invitation.

His meal began with a small portion of pea butter spread on rye bread. Pea “butter” that had no butter or fat in it at all, but had been processed via centrifuge and homogenizer to arrive at something intense and with a consistency identical to that of butter. “It was disturbingly interesting,” Hawksworth recalls.

But the pièce de résistance, delivered several courses later, was a far more useful innovation: a for-once genuinely perfect roast chicken. “Now, you know, when someone says they’re going to roast you a perfect chicken at home, they truss it up and roast it, get it brown—and if the breast is perfectly cooked, the legs aren’t cooked properly. And if the legs are perfect, the breast is overcooked.”

READ ALSO: How crop monocultures are threatening our food supply

This is true for all birds cooked whole: the tissues of leg, thigh and breast are different, and cook at different speeds. Trussing a bird so that it looks its tidy best on the carving board only exacerbates the problem by further slowing the cooking of legs and thighs. So Myhrvold opts for bypassing the truss and hanging the bird up to dry its skin for three days, injecting the breasts with brine all the while. Then it slow cooks at a mere 60°C for three or four hours, and ﬁnally gets blasted in a ﬁercely hot oven until its skin is as bronze and crispy as if it had been deep-fried. “It was perfect,” says Hawksworth. “And it makes perfect sense.”

So with that in mind, I offer three pieces of advice. If you are interested in the intersection of science and cooking, avoid pretenders named The Food Lab and Test Kitchen, and stick to the best. If you like bread (who doesn’t?) and are really serious about baking it properly, note that now is a good time to pre-order a copy of this fall’s hottest cookbook: Dr. Myhrvold’s Modernist Bread (but be cautioned: at more than $700, it costs about as much as a year’s supply of miches from Poilâne). And if you like steak and burgers, relax: the best way to cook them is the simplest: season simply and generously, heat grill or pan to very high, sear both sides, lower heat, cook some more, rest meat well, re-sear, and tuck in.