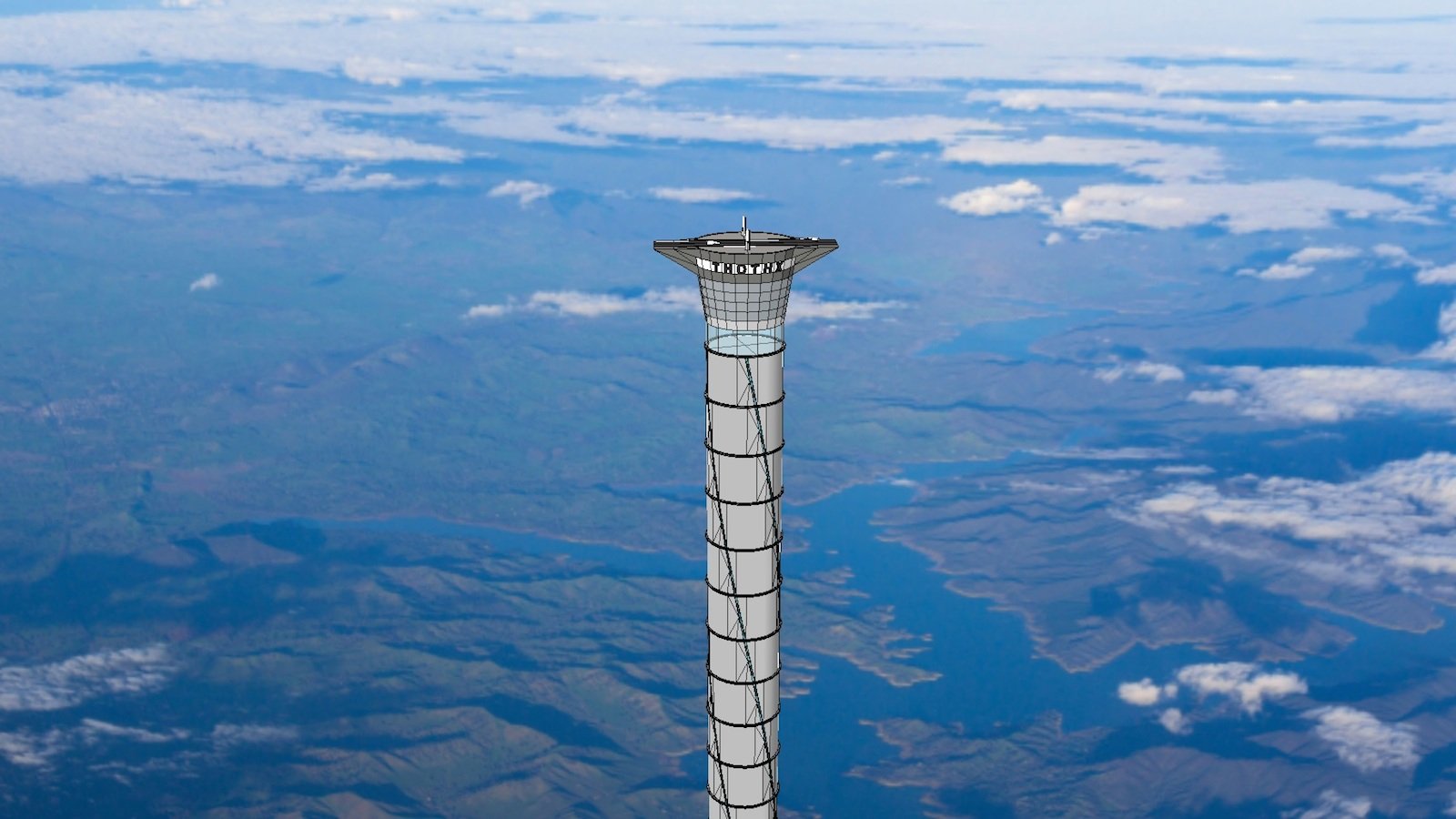 A rendering of the proposed 20-km Space Tower. (THOTHX.COM)

PEMBROKE, Ont. – A Canadian company has been granted a U.S. patent for a 20-kilometre-high space elevator.

Thoth Technology of Pembroke, Ont., says the freestanding structure would allow astronauts to launch from a platform high above the Earth.

The company says the new technology would save more than 30 per cent of the fuel of a conventional rocket.

The inventor, engineer and physicist Dr. Brendan Quine, says the elevator would be pneumatically pressurized and guided over its base to allow such a tall and slender structure to stand freely.

The company says the space elevator could also be used for wind-energy generation, communications and tourism.

Quine says the project will cost between US$5 billion and US10 billion and could take three to five years to complete.