For the first time, a breakthrough technique called CRISPR has been used to treat a genetic disease inside a living mammal 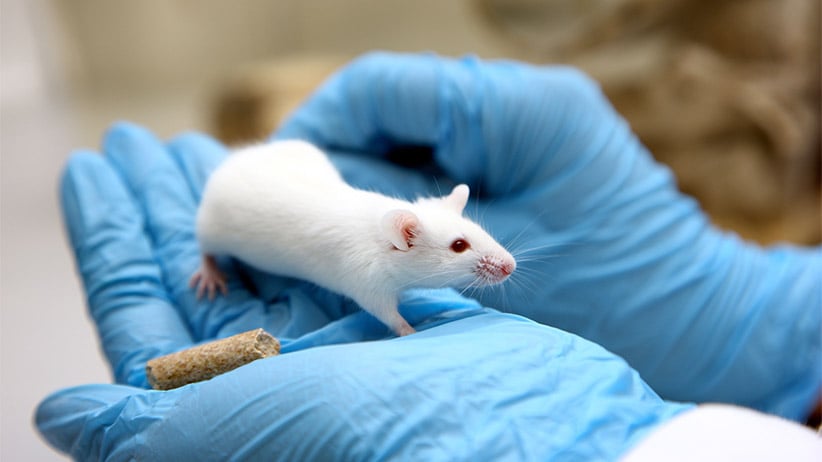 Of the many diseases that afflict us, those that strike young children seem especially cruel. One is Duchenne muscular dystrophy, which typically appears before a child’s sixth birthday. Sufferers (almost always boys) struggle with muscle weakness, and have trouble walking. By 12, most will be in a wheelchair; few live beyond their thirties. There’s no cure, and it affects about one in 3,500 males born worldwide. Suddenly, with the arrival of a powerful gene editing technique, new treatments seem to be on the horizon. In three independent papers, published in the journal Science, U.S. scientists snipped out defective DNA in mice with the disease—the first time this tool, called CRISPR, has been used to treat any genetic disease inside a living mammal—and restored some of their muscle function.

Duchenne muscular dystrophy is caused by errors in the gene that tells our bodies how to make dystrophin, a protein that strengthens and protects muscle fibres. Without it, skeletal and heart muscles can’t do their work; patients usually die from cardiac or respiratory failure. Scientists have known for a long time which gene is the problem, but have struggled to find a way to fix it. Armed with a new technology called CRISPR-cas9 (CRISPR for short), they can now reach this gene in mice, and slice away the defective bits of DNA. CRISPR, discovered only a few short years ago, is incredibly precise—not to mention cheap, easy and quick to use. It’s partly made of an enzyme that snips DNA like a surgeon’s scalpel. Science named CRISPR the most important breakthrough of 2015, and today researchers are using it to tackle everything from Alzheimer’s to cancer to HIV.

Related: Researchers use CRISPR to herald a game-changer in cancer treatment

In these three studies, each group—based at Duke University, Harvard University and the University of Texas Southwestern Medical Center—packaged CRISPR into a harmless virus that infected mice’s muscle cells, where it cut out error-prone bits of DNA. As a result, the animals’ muscle cells were able to produce a truncated version of the dystrophin protein, and saw some of their muscle function restored. The study, led by Amy Wagers of Harvard, showed that the gene was also modified in muscle stem cells, which regenerate and repair damaged tissue. She says this is crucial in the search for a permanent and effective treatment. “If you only edit the genes in muscle fibers, if they become damaged, it will dilute [the effectiveness] of gene therapy.”

Even better than snipping out bad DNA would be swapping in the right kind to make a fully functioning gene, although that’s still science fiction. In 2014, Eric Olson at UT Southwestern (another lead author of one of the Science papers) used CRISPR to edit genes inside a mouse’s fertilized egg, preventing muscular dystrophy. We won’t see a treatment like that in humans, at least not anytime soon—there’s a moratorium on making inheritable changes to the human genome, a necessary precaution given how quickly the field is moving. Although the technology doesn’t yet exist, Wagers believes that one day it will be possible to fully repair the gene, and end this devastating disease. She and others emphasize there’s a huge amount work to be done before human clinical trials begin. “It’s hard to predict how long it will take,” Wagers says. “But the promise is so strong, it’s hard to believe a way forward won’t be found.”