Get ready for a Canadian Arctic research boom 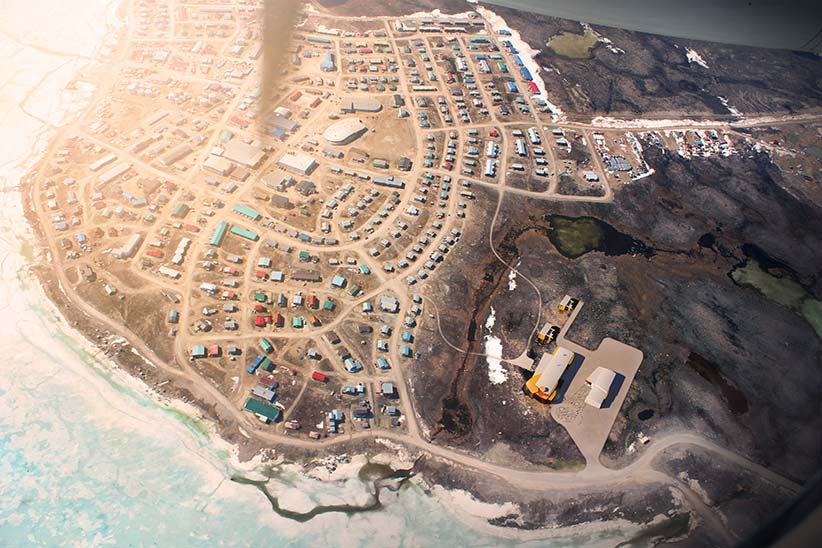 “The first moment, you don’t even believe it.” Jonathan O’Neil, a geologist at the University of Ottawa, is referring to his research team’s recent discovery of evidence that the oldest known life on Earth may, in fact, be embedded in rocks in Quebec’s far north. “You say, ‘That can’t be.’ So you reanalyze it, and you get the same result. You redo it again, again, again, and you come back with the same results, and you start to believe it.”

The breakthrough, which gained international attention when it was published in the journal Nature in early March, could be one of many discoveries soon to come from the Canadian Arctic. Opening this summer in Cambridge Bay, Nunavut, is the Canadian High Arctic Research Station (CHARS), a Plexiglas, quarter-billion-dollar wonder of the northern world. Firs announced in 2007 under Stephen Harper, the station has so far attracted 200 research applicants from countries as far afield as Argentina, South Korea and Australia, all hoping to explore what lies beneath the tundra.

“They’re lining up at the door,” says David Scott, president of Polar Knowledge Canada, the government agency overseeing the project. “Growth chambers” for cultivating specimens, wet labs with cranes for lifting mammals, a dive centre for filling scuba tanks, triplexes for housing researchers—the station cost eight times more to erect than the Perimeter Institute, a science hub in Waterloo, Ont. One popular research area will be geology, as the Arctic holds rock formations rich with information about climate change and, in the case of the Hudson Bay area where O’Neil did his research, the history of life on Earth. O’Neil dated the fossils of ancient bacteria at 4.3 billion years old (although skeptics say they don’t look a day over three billion), suggesting that life existed before the planet had oxygen or oceans, and that life could just as easily have started in other barren parts of the universe.

Aside from prompting research, CHARS is a chance for Canada to stake its claim to the Arctic. The station is opening in a year when the Arctic Council, which negotiates land rights between eight Arctic countries, is looking for a new chair—the United States will step down in May after holding the position for two years. It also comes just before Canada submits a claim for the Arctic continental shelf in 2018 (competing with Russian and Danish claims). While the Canadian Forces have already boosted their presence with exercises in Nunavut including at Alert, the government will emphasize that “We the North” by opening the all-inclusive station for nerds.

“Everybody’s saying, ‘It’s coming to town, it’s coming to town,’ ” says Bruce Peterson, who owns a hotel in Cambridge Bay. Previously, the closest research station was a one-story building 1,700 km southeast in Iqaluit, dubbed “the Hotel Scientific” by one employee. Cambridge Bay is more central (by Arctic standards), but it isn’t used to hosting an expected 700 researchers each summer from “down south” and beyond. Twenty Winnipeggers will move to town as employees of the centre, and Albertan construction workers have come and gone with contractor EllisDon. While monthly mayoral reports acquired from the RCMP show no rise in alcohol- or drug-related crimes since 2012, locals still worry that CHARS could bring change enough to rattle a small town. Cambridge Bay has a population of 1,800; considering its budget, the project equates to building the CN Tower in Wawa, Ont.

Money for the project has been a messy issue. “$100 million over budget on a $140-million project is not small potatoes,” says Aaron Wudrick of the Canadian Taxpayers Federation, referring to the cost overruns. “That’s not close in my view.” With a price tag fives times greater than the recent award-winning community hub of the Halifax Central Library, the tundra-based dissection labs have been slower to attract public support. O’Neil was oblivious to the project, with the government yet to brag to Canadians that they’re investing in a remote edifice, coming soon to nowhere near you.

Until now, the logistics of doing Arctic research have always been an inconvenient truth. In the acknowledgements of their fossil research, O’Neil’s team thanked a man in Inukjuak, Que., named Mike Carroll, who coordinated their trip with no cell service and intermittent Internet—“quality-wise, breakdown and speed is all very questionable,” Carroll says of the connection. Carroll fetched the team from the airport in his pickup truck and arranged a canoe to take them to the field. He kept them alive for the month with supplies but otherwise left them to their rock-chiselling devices. “We can’t baby them,” says Carroll, who once had to deliver food three days late due to weather, at which point they were down to a single can of Irish stew.

O’Neil says a research station could help with his future research in other parts of the Arctic. Without a mass spectrometer for his last project, he had to pile the planet’s oldest fossils into buckets and mail them to his lab from the local post office. “The lady at the counter looked at us pretty funny,” he says. Since each parcel could only weigh 30 lb., he and his team had to play around with the pebbles on the scale. “We forgot one.”