Behold a stellar nursery — 20,000 light-years from Earth — in the Constellation Carina. 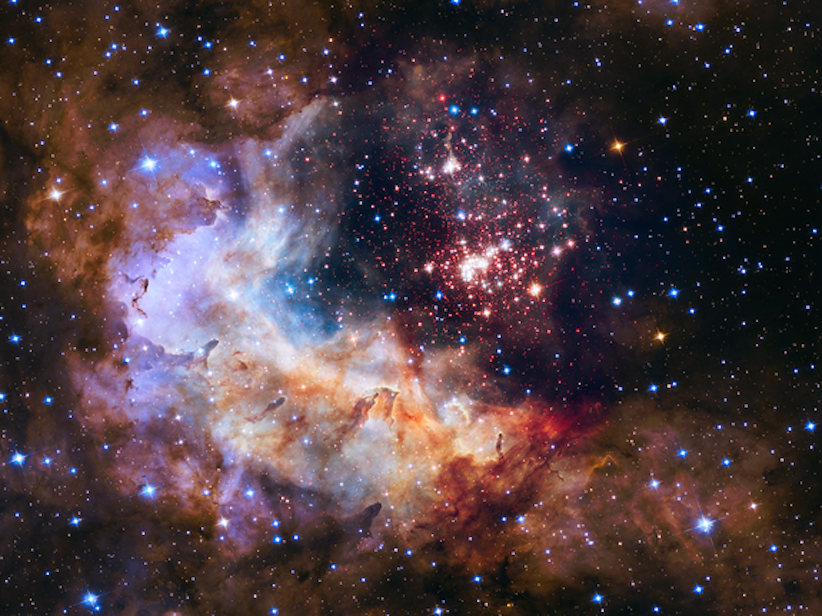 CAPE CANAVERAL, Fla. — What better way to celebrate the Hubble Space Telescope’s quarter-century in orbit than with cosmic fireworks?

In celebration of the 25th anniversary of Hubble’s launch, NASA has released an image taken by the space telescope showing a brilliant breeding ground for stars. This stellar nursery is 20,000 light-years from Earth in the Constellation Carina.

NASA’s science mission chief John Grunsfeld told a crowd gathered Thursday for the unveiling at the Newseum in Washington that the fact it’s taken thousands of years for the light from these bright, young stars to reach us means “they planned really far in advance.”

Grunsfeld was among five former shuttle astronauts who flew on Hubble missions who attended the ceremony. NASA Administrator Charles Bolden also was there; he helped deliver Hubble to orbit on April 24, 1990 aboard space shuttle Discovery.

Bolden said neither he nor anyone else back then expected the space telescope to work much beyond 15 years — or accomplish so much. From its approximately 350-mile-high (565-kilometre-high) perch, Hubble has made more than 1.2 observations of more than 38,000 celestial objects.

“A quarter-century later, Hubble has fundamentally changed our human understanding of our universe and our place in it,” Bolden said

The observations for the anniversary picture were collected in 2013 and 2014.