India, an unlikely space giant, has already pulled off a ‘near impossible’ mission on a shoestring budget. What's next? 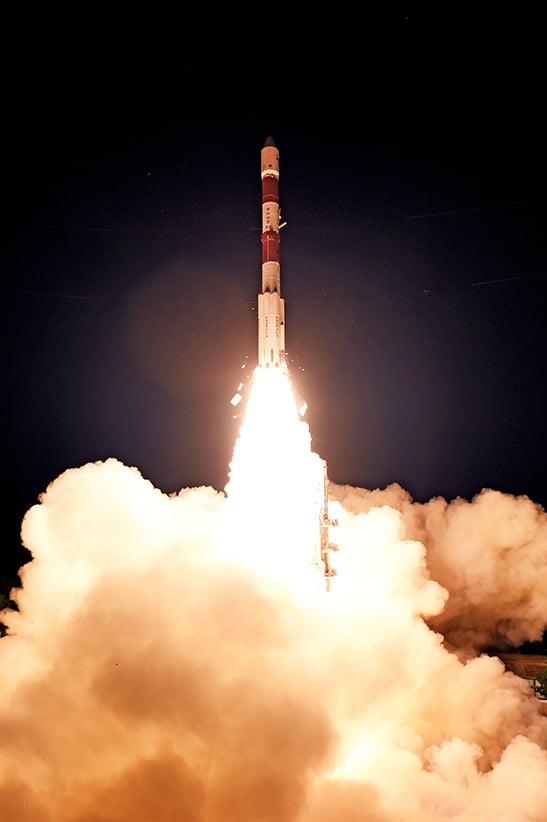 India’s space program puttered along for decades without anyone paying it too much attention. It did solid but not spectacular work, partnering with the Soviet Union to put a satellite into orbit in 1975, and launching one itself five years later.

A major hint that India had bigger goals in mind, and that it could achieve them, came in 2008, when it landed a probe on the surface of the moon. The successful landing capped off a mission then-prime minister Atal Bihari Vajpayee had announced on India’s Independence Day in 2003. His successor, Manmohan Singh, used the same occasion in 2012 to tell the world India would be going to Mars—underlining, at least for New Delhi, the link between space exploration and national pride.

The Mars mission was even more ambitious than the lunar one. About half of all attempted Mars missions—going back to the first Soviet ones more than 50 years ago—have failed. But the Indian Space Research Organization (ISRO) beat the odds and put a probe into Mars’s orbit last September. India became the first Asian nation to reach Mars, and ISRO the fourth program, after the American, Russian (and Soviet), and European ones, to do so. “We have dared to reach out into the unknown and have achieved the near impossible,” Prime Minister Narendra Modi said when the Mars Orbiter Mission, also known as Mangalyaan, achieved orbit.

Related: Question and Astronaut, our interview series with Canadian astronauts

“The Mars Orbiter Mission means that India has an international place at the table of Mars exploration,” says Andrew Coates, head of planetary science at University College London’s Mullard Space Science Laboratory, which receives research funding from the U.K. Space Agency. “They’re taking a new direction, an additional direction, of doing deep space planetary exploration, which to us is exciting because it brings another set of data to the table and to our scientific understanding.”

India accomplished this at a surprisingly low cost. The price tag for India’s Mars mission is reportedly about $89 million. As Modi has quipped, this is less than the $119 million budget for the Hollywood blockbuster Gravity, staring George Clooney and Sandra Bullock. India’s space program has nevertheless been criticized as a frivolous vanity project for a country that has more pressing concerns in areas such as health care and sanitation.

ISRO director of public relations Deviprasad Karnik dismisses these concerns. The program is geared toward “societal applications,” he says. Satellites have revolutionized telecommunications in India. They also help Indian fishermen locate fish, saving time and fuel and money. “And of course, disaster management,” he says. “Ten or 15 years back, the loss of life due to cyclones used to be thousands. Today it is one or two.”

Coates cites other examples. The pressure to make technology for space travel that is ever lighter, smaller and more powerful has spin-off effects for products that eventually make their way into the hands of the Earth-bound. “But it’s not why we do space exploration,” he says. “We’re doing it really to understand mankind’s place in the universe, and to understand more about the solar system in which we’re in—the scientific angle.”