Inside the guts of the Iceman

DNA researchers probed bacteria inside one of the world's most famous mummies. Here's what those microbes can tell us about human migration. 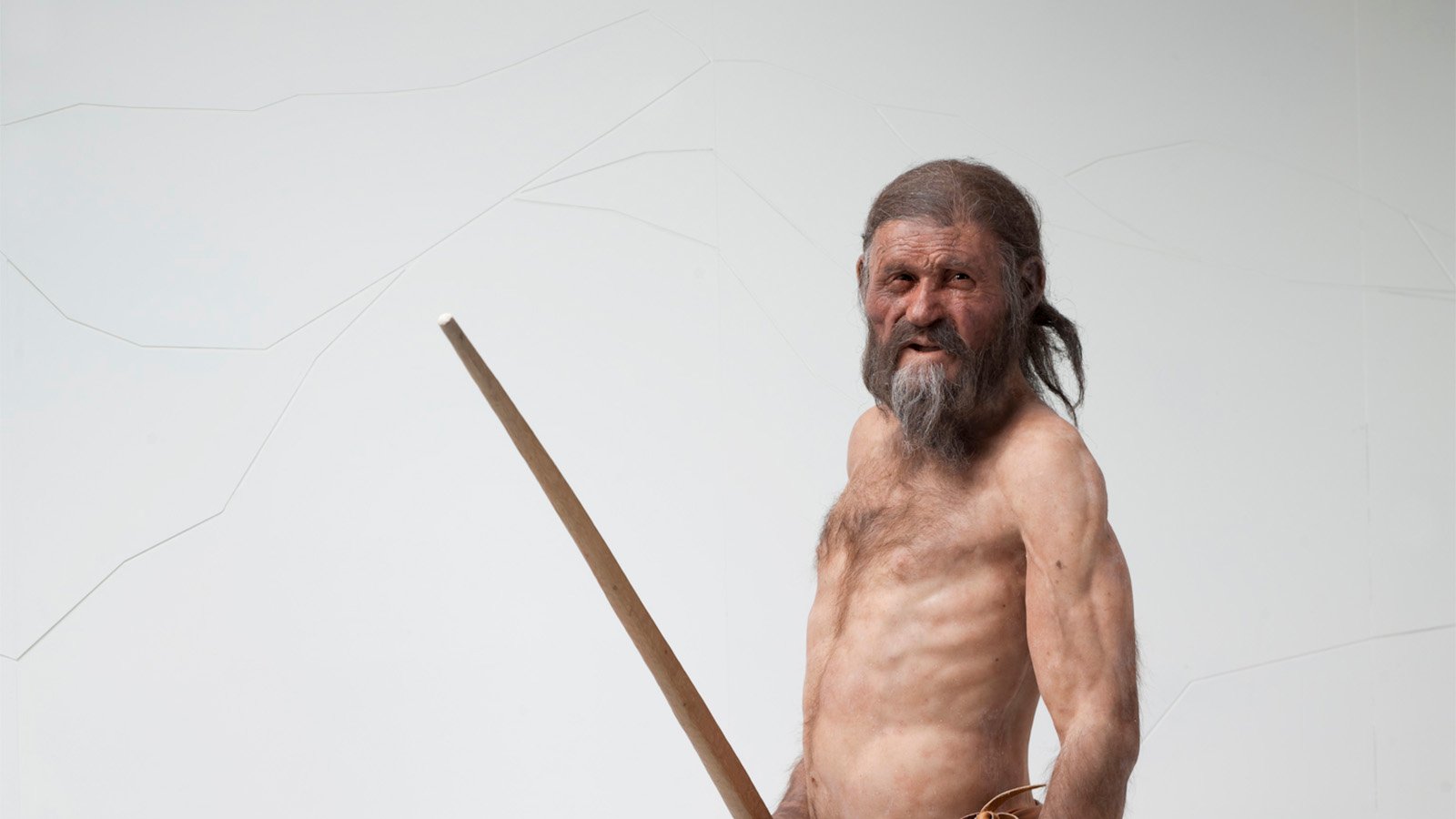 On a sunny fall hike through the Italian Alps in 1991, Erika and Helmut Simon, a married German couple, veered away from the marked path toward what they thought was a shortcut. There, they stumbled on something grisly: a human corpse, half-buried in ice. The Simons assumed it must be a mountaineer who’d died a few years earlier. To the amazement of everyone, scientists eventually discovered this man had died some 5,300 years ago—a hunter who was alive during the Copper Age—and was then mummified in ice and snow, along with his clothing and gear.

Nicknamed “Ötzi” after the Ötztal Alps where he was found, the Iceman is now one of the most famous mummies in the world. Stored in a refrigeration chamber at the South Tyrol Museum of Archaeology in Bolzano, Italy, Ötzi has been exhaustively studied. He’s revealed an incredible amount about the lives of ancient Europeans—and about himself in particular. We know this man was somewhere between 40 and 50 years old when he died, an advanced age at the time. He was heavily tattooed (with 61 markings in total), and likely held some sort of high-ranking status, because he carried a prized copper axe. Scientists have sequenced his genome, which revealed, among other findings, that Ötzi may have been a carrier of Lyme disease. Shortly before the Iceman died, we know he ate a filling meal of ibex meat, a type of goat. Still, some mysteries will remain hidden. Not long after that meal, Ötzi seems to have been chased out over the ice, and was murdered with an arrow to his back: buried in his left shoulder blade, scientists found a flint arrowhead, which would have severed a major blood vessel and caused Ötzi to bleed to death. Who murdered Ötzi, and why, is something we’ll never know.

In a new study, published Thursday in Science, Ötzi has even more to reveal. Using cutting-edge DNA sequencing techniques, researchers analyzed microbes that lived inside the Iceman while he was alive, gleaning insights into human migration patterns from his gut bacteria. Their work further suggests that Ötzi may have suffered from a stomach ache before he died.

The team of scientists temporarily defrosted Ötzi and removed a sample from his stomach, taking special care to make sure no modern bacteria contaminated it. They discovered that Ötzi carried a strain of Helicobacter pylori, one of the most common human pathogens: it’s evolved alongside us for at least 100,000 years. Around the world, 50 per cent of people have H. pylori in their guts, although the number was surely higher before the advent of modern hygiene and sanitation. About 10 per cent of carriers go on to develop stomach cancer or ulcers. (The latter were long thought to arise from stress or spicy food, but Australian doctor Barry Marshall famously proved otherwise when he drank an H. pylori broth and developed gastritis. Marshall went on to win the Nobel Prize in Medicine in 2005.) In this study, researchers sequenced the genome of Ötzi’s H. pylori. “This is the oldest known pathogen ever sequenced,” says Yoshan Moodley of the University of Venda in South Africa, one of the authors. “It allows us an absolutely unique window into the Copper Age.”

The Iceman’s particular strain is virulent, and he seems to have mounted an immune response, suggesting Ötzi might have been feeling poorly before he died. More importantly, because H. pylori has cohabited with humans for so long—and because it mutates so quickly—the bacteria can be used as a marker for migrations of human populations, before written records were kept. The H. pylori in the guts of present-day Europeans is a hybrid between Asian and African strains, although we still don’t really understand when or how these bacterial populations intermixed. “Since we [humans] are the only host of H. pylori,” Moodley says, “the mixing can only happen if humans come together.” (Parents might infect their kids with H. pylori, but children playing together have been found to spread it even more effectively, he says.)

Ötzi, who lived his entire life in and around the Alps, carried a strain that’s closely related to strains circulating in northern India—but not much like what’s found in modern Europeans—suggesting the African H. pylori strain arrived in Europe within the last few thousand years, after Ötzi was already buried under snow and ice. “This one genome has put things into wonderful perspective,” Moodley says.

Ötzi is so ancient, and so well-preserved, that he might be unique. Still, there are mummies all over the world, and with new DNA sequencing techniques, these researchers hope to investigate them. Albert Zink, head of the Institute for Mummies and the Iceman at the European Academy of Bolzano, in Italy, says they’re looking into studying mummies from South America and Asia, even the famous “Bog Bodies” found preserved in European bogs. (Egyptian mummies won’t work, he says, because their stomachs are removed as part of the mummification process.) If they find H. pylori in the stomachs of these long-dead people, it will provide another small piece in the giant puzzle of human migration—as told by lowly bacteria, preserved in the guts of a man who died thousands of years ago on the ice.