Live from the Perimeter Institute: Climate change and chaos theory 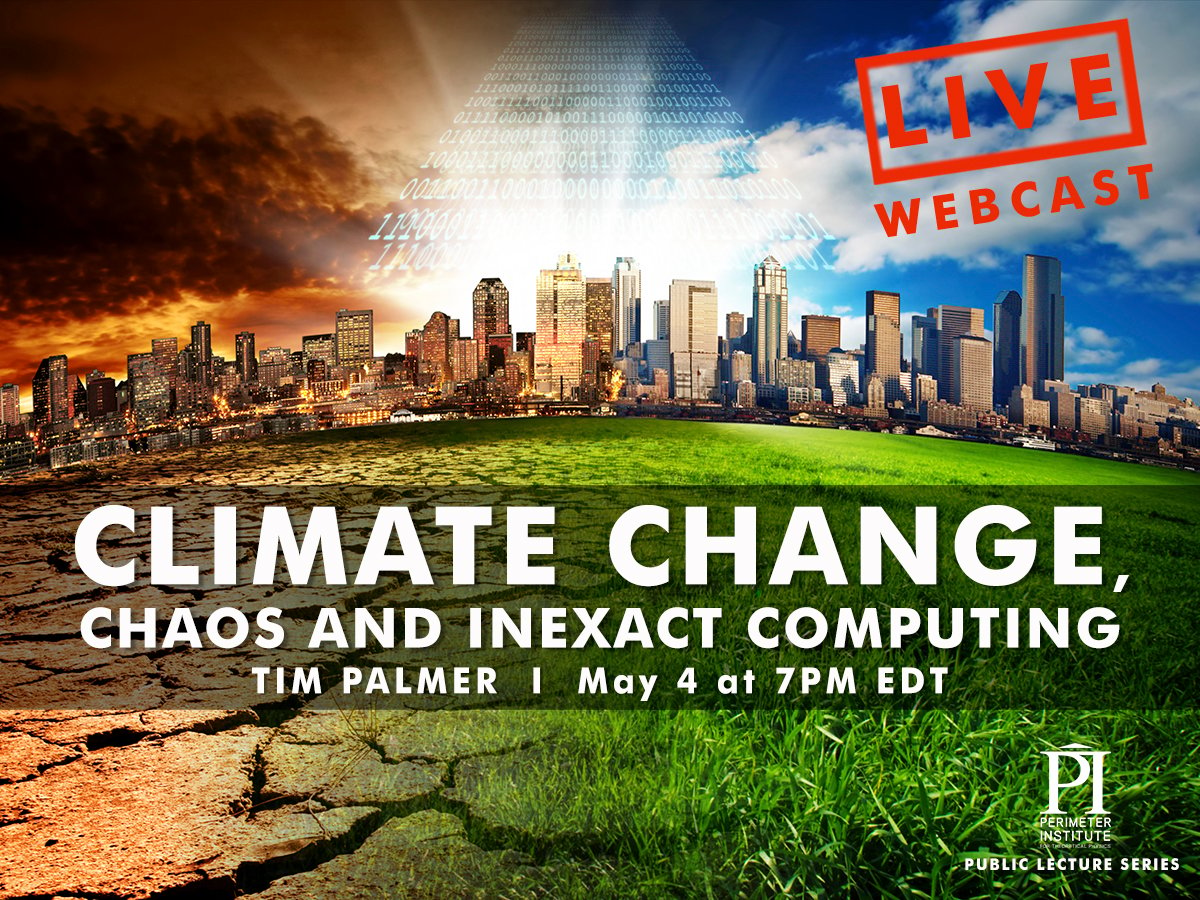 In the wake of Paris climate conference and countries grappling with the effects of global warming, climate science has become a major factor in public policy and in our laboratories. It has also showcased the limits of another kind of science; with so many different variables at play, climate modelling has become an inexact science, and is forcing scientists to think about a new kind of supercomputing.

Tim Palmer, an award-winning physicist and a Royal Society Research Professor in the Department of Physics at the University of Oxford, is the next lecturer to take the Perimeter Institute stage in Waterloo, Ont., for Perimeter’s fascinating public lecture series bringing high science to the masses. Watch a trailer for the lecture here.

Maclean’s is pleased to live-cast the event on Wednesday, May 4, at 7 PM ET, below. You’ll also be able to ask questions of Dr. Palmer, which he’ll answer following his lecture; send them through the Perimeter Institute Facebook page, or through Twitter using #piLIVE.