Live from Waterloo: The future of the universe

Our live-stream of tonight's Perimeter Public Lecture, bringing high science to the masses 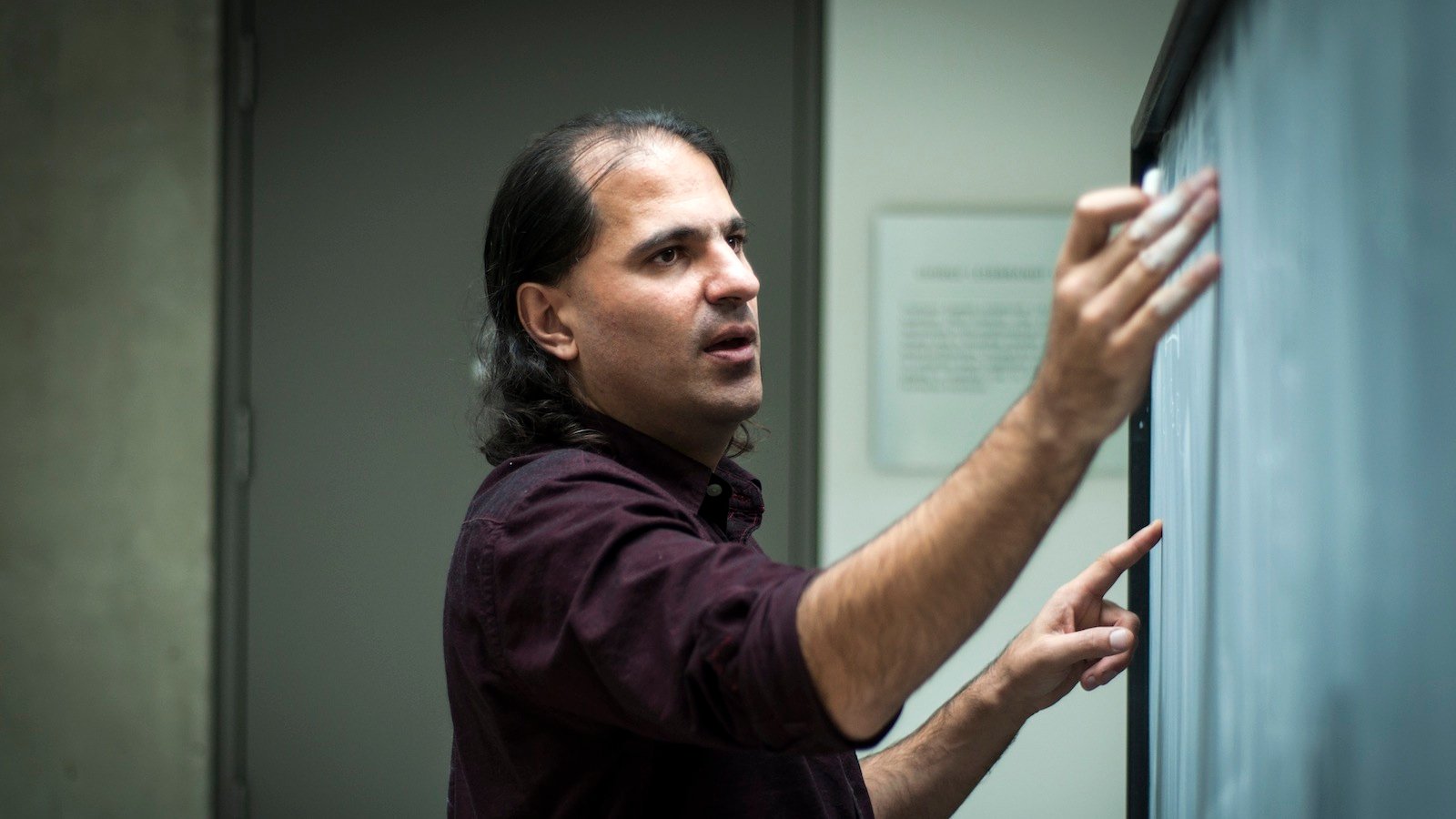 Nima Arkani-Hamed, from Princeton’s Institute for Advanced Study, will be tonight’s speaker at the Perimeter Public Lecture. (Photograph by Gabriela Secara)

On my frequent trips to Kitchener-Waterloo, Ont., to write about the little empire of thought that Mike Lazaridis built, I’ve covered a lot of stories: from the work of the physicists at the Perimeter Institute to the rapid development of PI’s most famous student, Jacob Barnett, the impression Stephen Hawking leaves when he visits, and Perimeter director Neil Turok’s extraordinary side project in Africa, about which I don’t really think I’ve begun to tell you enough.

One element of the Perimeter Institute story I’ve mentioned less often is its impressive work bringing the Kitchener-Waterloo community, and the entire country, in on discovering science. On Thursday night, we’ll invite Maclean’s readers to watch that work in action.

The occasion will be a live webcast, here on our site, of the latest Perimeter Public Lecture, the latest in a decade-long series of lectures in Kitchener-Waterloo by world-leading physics theorists and experimenters. The lecture series was an experiment from the outset, but it paid off immediately: tickets are free but must be picked up beforehand. On that basis, almost every Perimeter Public Lecture has played to a packed house of people who know they’ll hear about cutting-edge science from people who aren’t interested in talking down.

Thursday’s webcast is an experiment too: Is there a national audience for these lectures? In conjunction with Perimeter, Maclean’s will find out. The lecturer is auspicious: Nima Arkani-Hamed, from Princeton’s Institute for Advanced Study. His hipster delivery and intense style—he reminds me a bit of the comedian Bobcat Goldthwait—belie one of the keenest and most controversial minds in physics. He’s concentrated lately on the “hierarchy problem,” which can be summed up as: “Why doesn’t the universe blow up? Because, you know, the math is a bit off.” A year ago he discovered this… imaginary crystal thing that radically simplifies the solution of some fundamental physics problems.

Here’s a short video of Arkani-Hamed discussing his work with Howard Burton, whose Ideas Roadshow I’ll have to write about soon.

There’ll be more along these lines Thursday evening. The live-stream is directly below. (Editor’s note: The live-stream has now been replaced with a full video replay of the event.)