From 2014: A sense of discovery—of exploring new frontiers — is what drew Mark all the way from his New Jersey home. 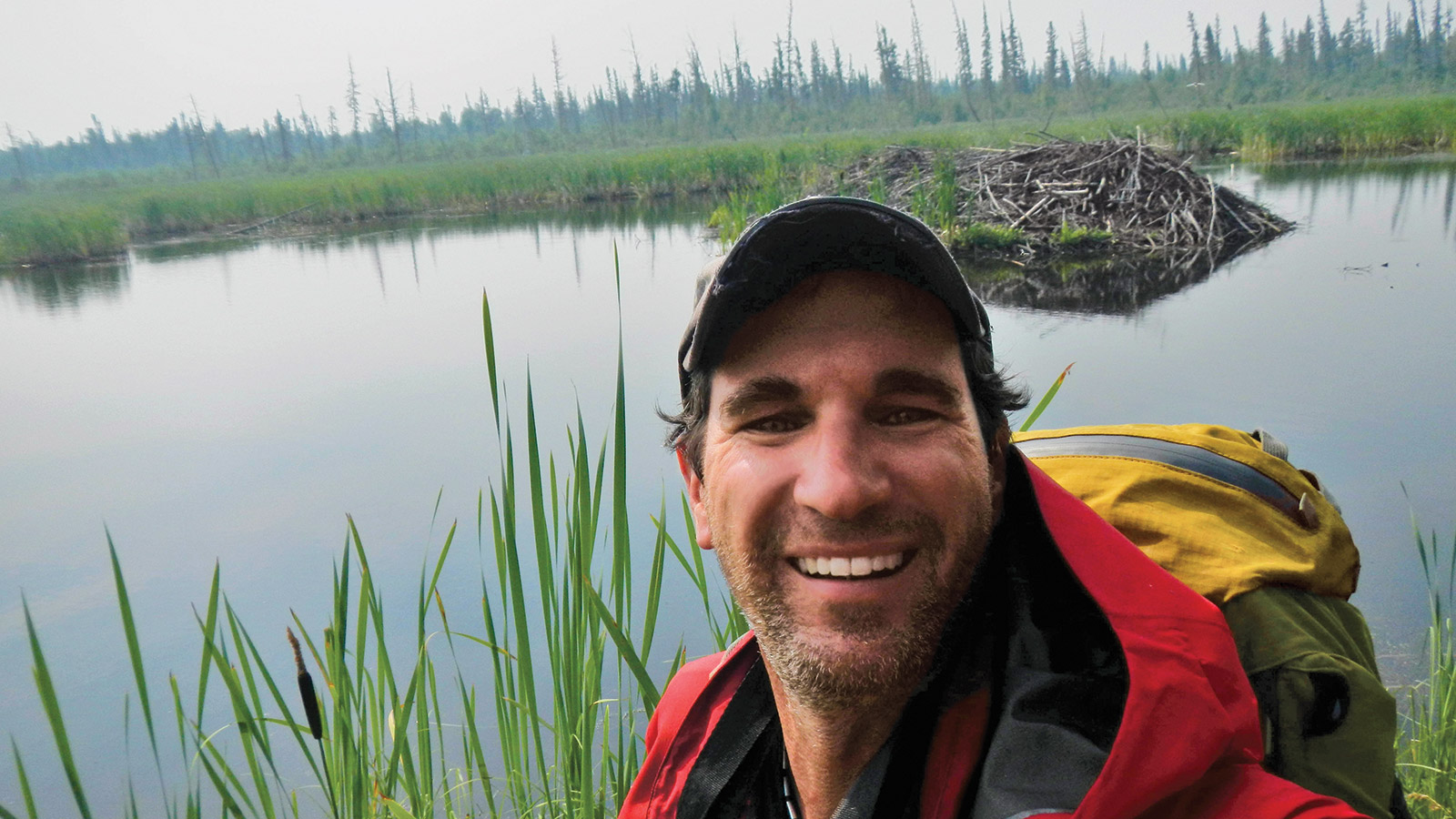 Four years of research, a gruelling three-day hike in some of the most inhospitable terrain our country has to offer—and all amateur explorer Rob Mark received in the way of a greeting when he arrived at the world’s largest natural dam was one seething beaver. “It came out and started slapping its tail to let the other beavers know that something was wrong, and to stay away,” said Mark, 43, an IT professional and former paramedic from Maplewood, N.J. “It was his home. He didn’t want me there.”

Little wonder the critter didn’t lay out the welcome mat for this Gore-Tex-covered interloper. Mark’s incredible 2014 trek from the lip of Alberta’s Lake Claire into the dark bogs of Wood Buffalo National Park—a trip rife with huge bugs that pierced through clothes, and muskeg so thick, it forced him to clutch to trees so he didn’t sink in—made him the first person to ever set foot on the record-breaking dam. The product of what scientists believe to be at least four decades worth of diligent beaver construction, the dam measures a stunning 850 m. To put that mammoth size into perspective, it is longer than the CN Tower is tall. And yet, because of the tar-like swamp of its surroundings in our country’s largest national park, it was only discovered in 2007, using Google Earth. Since then, planes have flown over it, but no person had stepped foot there before.

That sense of discovery—of exploring new frontiers where no man had been before—is what drew Mark all the way from his New Jersey home. It’s not the first time that’s happened: He’s a member of the Explorers’ Club, and he gets the itch for a big adventure every year, including one previous trip through the Andes in Peru. In fact, it’s not even the first time Mark tried to get to this particular dam, having heard about it when it was first discovered. But obstacles continued to crop up: A nearby forest fire prevented him in 2011 and, in 2012, he actually set off on the trip, but failed to find the dam after he realized the map he had made wasn’t quite right, as food supplies dwindled and weather turned horriﬁc. He turned back for Lake Claire, defeated. “I said, ‘I’m never doing this again.’ But by the time I got back to the edge of Lake Claire, I was like, ‘I’m coming back here,’ ” said Mark, whose own parents were outdoorsy types, though not to his level. “It’s just something that’s in me, and I mean really in me. I just have to do this kind of stuff. It clears my head. It gives me a feeling of appreciation.”

The slow, arduous 16-km trek took him three days each way. And, while he bemoaned a “huge” thunderstorm that struck while he was stuck in the mud, the bugs were the worst he had ever seen—the bites took nearly two weeks to heal. “They were relentless. If you don’t go in there with the right mindset, they’ll drive you crazy and drive you right out of the woods.” One of the toughest things was the logistics of getting to the right part of Lake Claire. He would need a boat, but, of course, no one runs a charter to uncharted territory; with a limited budget of around $1,500, he couldn’t travel to meet people. So he made some calls to a yacht club and the chamber of commerce in nearby Fort McMurray—his quixotic quest earning him a few laughs and polite declines—before finding a 79-year-old Cree elder willing to make the trip. Mark told him to come back for him in seven days, but worried about how the man would know where to pick him up amid the tall reeds blocking the lake. The elder, said Mark, gave him an axe to cut down a willow tree. It was, for the otherwise fearless Mark, a real moment of panic. “ ‘That’s my extrication plan? A willow?’ ” he said, laughing at the memory.

But on he trekked, sleeping on a hammock and ensuring his supplies didn’t run out this time. When he did arrive at the dam in the late afternoon, he spent the day walking all over it, struck by how solid it was. “It wasn’t this ideal beaver dam . . . It was completely covered in dirt and foliage, and there wasn’t much to take a photo of,” he said. “But when I thought, ‘I’m standing on something no one else has; I’m seeing something from a perspective no one else has’—it was pretty cool.” The Cree elder was right there in seven days, and Mark went home, tired but thrilled.

As usual, there was little fanfare upon his return to New Jersey. “My friends just expect it from me now; people just don’t grab the scope of it,” he says, “but I’m a hit at dinner parties.” Now, he hopes that photos from his trip and the map he created help to spur research into the area. As for his next trip, Mark knows he’s getting older—“I still feel 24,” he says with a laugh—but he’ll start thinking about it soon enough. “I know there’s going to be a next one. I don’t know what it is yet.”