Our galaxy is filled with so many stars, some were bound to be oddballs. This month, the Perimeter Public Lecture looks at some of the strangest. Watch live on Mar. 7 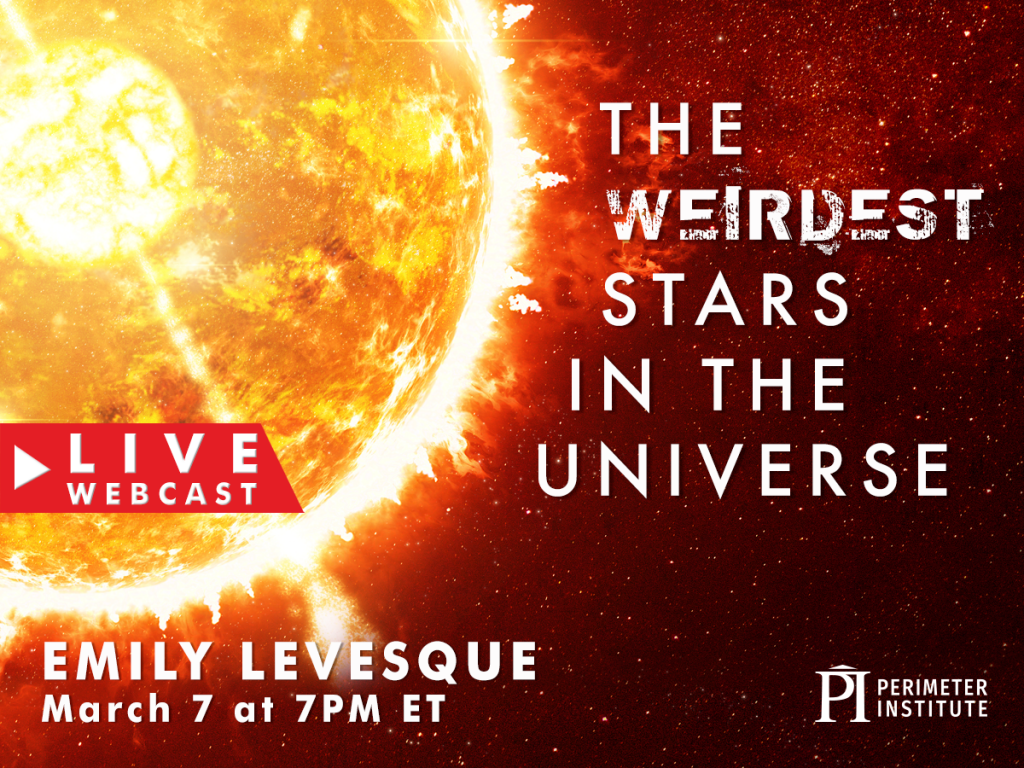 Look up on a given clear night, and you’ll see hundreds or even thousands of them—and beyond that, there are billions more. But not all stars are made equally. Some are huge, some are small, some are bright, and some are volatile; others still are in the process of collapsing, issuing gravitational waves as they collapse into a supernova. And those are just your run-of-the-mill balls of hydrogen and helium: there are strange ones that are challenging what astronomers think is possible. And all those stars, oddball or not, have something to say about our fascinating universe and our understanding of it.

The Perimeter Public Lecture—the series that brings high science to the masses at the Perimeter Institute stage in Waterloo, Ont.—is back on macleans.ca for another season of fascinating conversations, streamed live right here on the first Wednesday of every month. And this month, Emily Levesque—an assistant professor of astronomy at the University of Washington in Seattle—will talk about some of the strangest stars around. It’s guaranteed to be stellar.

Maclean’s is proud to be able to broadcast a live-stream of these talks. Watch Levesque’s talk live below at 7 pm ET on Wednesday, Mar. 7, and if you’ve missed it, you’ll be able to watch a replay below. You can also watch a trailer for the lecture here.