Perimeter Public Institute: The lessons and legacy of Star Trek

Watch a Perimeter Institute panel discuss why science without creativity is highly illogical, live on Jun. 14 at 8:30 PM ET 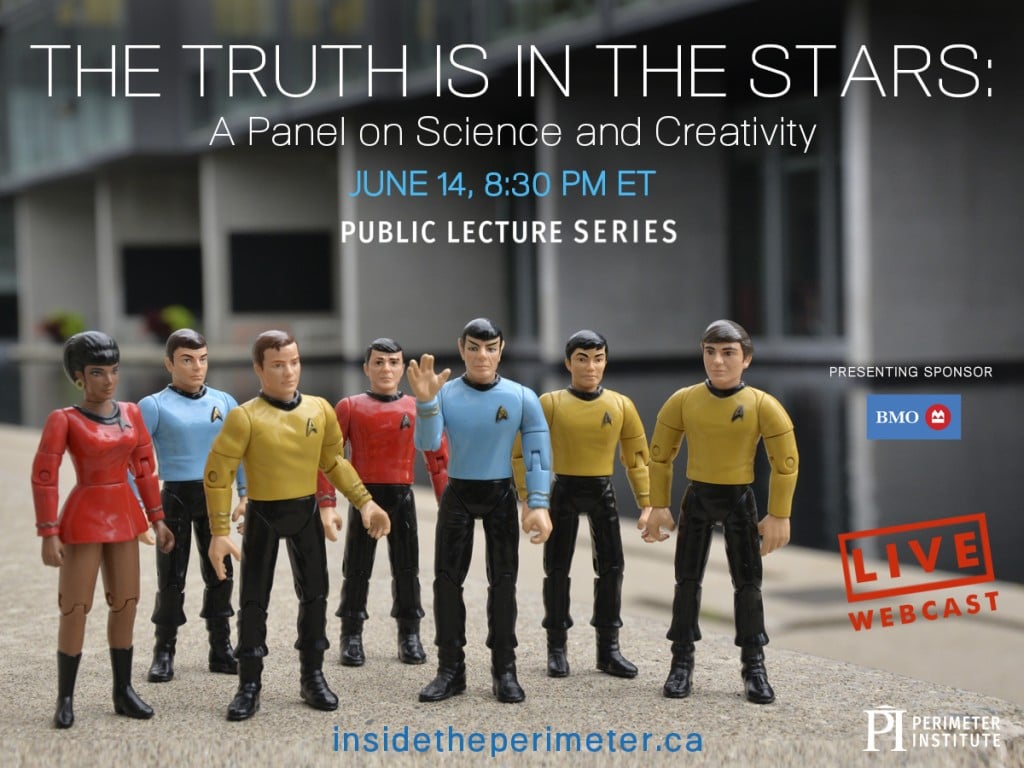 Science isn’t always easy to grapple with—particularly the advanced concepts involved in astrophysics and in bleeding-edge explorations of our world and the ones beyond it. But many scientists also will say that they were inspired by childhoods drinking in sci-fi shows—like Star Trek—which allowed their curiosity to live long and prosper.

In the last live webcast of the 2016-2017 Perimeter Public Lecture Series season—which brings high science to the masses at the Perimeter Institute stage in Waterloo, Ont.—cosmologist Neil Turok, astrophysicist Avery Broderick, rocket scientist Natalie Panek, and film director Craig Thompson, discuss the enduring influence of Star Trek, the importance of creativity in science, and the challenges of communicating science to the world. Watch a trailer for the panel here.

While this panel will follow an in-house-only screening of the new TV documentary The Truth Is In The Stars—directed by Thompson and starring William Shatner—it is not necessary to have seen the film to enjoy the webcast discussion.

Interested in seeing it? Make it so: Maclean’s is proud to present a live-stream of the panel on June 14 at 8:30 PM ET, with a replay available afterward.