Perimeter Public Lecture: A new vision of how gravity might work

Scientists are questioning the very nature of space, time, and gravity—and you can get a front row seat for the debate, live on Oct. 4 at 7 PM ET 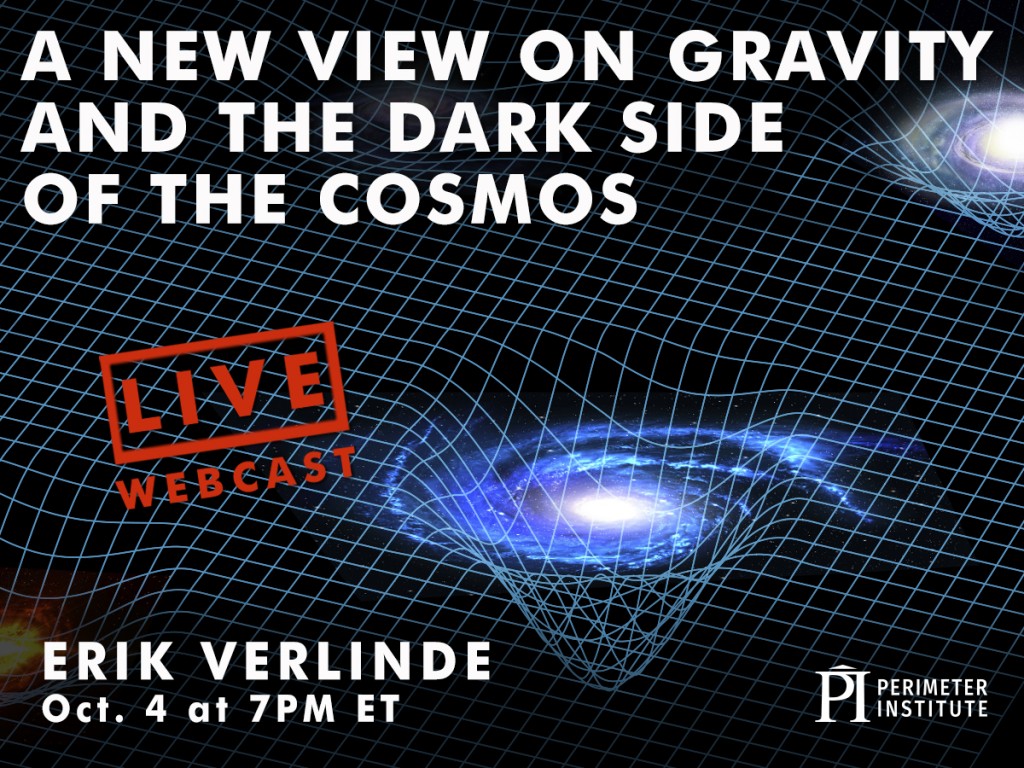 Thanks to scientists like Albert Einstein and Isaac Newton, we know more about gravity than ever before. The study of theoretical physics has allowed us to get a better grasp of dark matter, and undergirding that research is the fundamental belief that gravity is a force of nature unto itself in the universe.

But what if we’re wrong?

The Perimeter Public Lecture—the series that brings high science to the masses at the Perimeter Institute stage in Waterloo, Ont.—is back on macleans.ca for another season of fascinating conversations, streamed live right here on the first Wednesday of every month. The season kicks off with a provocative talk from esteemed Dutch theoretical physicist and string theorist Erik Verlinde that questions whether gravity is actually a side effect, rather than a cause, of the universe’s machinations—and what that means for how we understand spacetime. Watch a trailer for the lecture here.

Maclean’s is proud to be able to broadcast a live-stream of these talks. Watch Verlinde’s talk live below at 7 pm ET on Wednesday, Oct. 4.