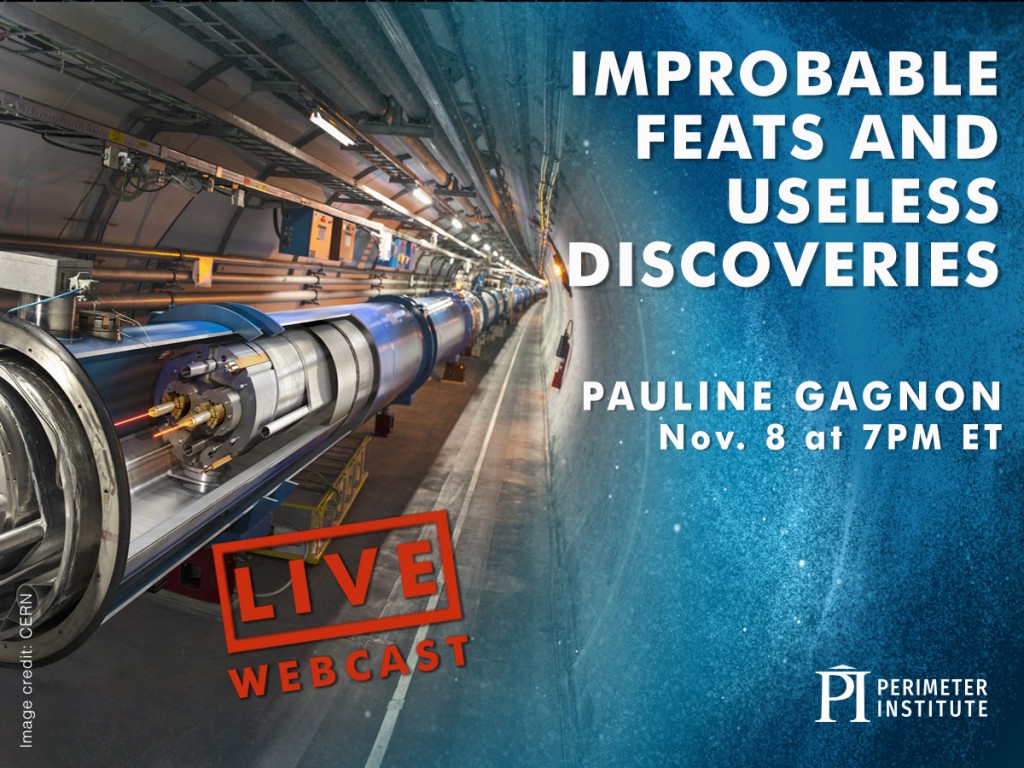 It would be outrageous to suggest that the Large Hadron Collider, the world’s largest and most powerful particle accelerator, is a useless invention. It has, after all, provided unbelievable insight into the very fabric of the universe. But getting there took incredible feats of ingenuity and cooperation by the folks involved in the European Organization for Nuclear Research (CERN) project—many of which would have been deemed next to useless at the time, or at least, impractical in terms of our day-to-day life.

The Perimeter Public Lecture—the series that brings high science to the masses at the Perimeter Institute stage in Waterloo, Ont.—is back on macleans.ca for another season of fascinating conversations, streamed live right here on the first Wednesday of every month. And Pauline Gagnon, a retired particle physicist who works for CERN, steps up to the podium to defend “useless” research and why it’s so vital for human development. Watch a trailer for Gagnon’s lecture here, and watch past fascinating lectures here.

Tickets, as always, are sold out. But Maclean’s is proud to be able to broadcast a live-stream of Gagnon’s talk, as well as the rest of the Perimeter Public Lecture season. Watch her lecture live below at 7 pm ET on Wednesday, Nov. 8.. If you missed it, come back to watch a replay of it below, after the presentation.