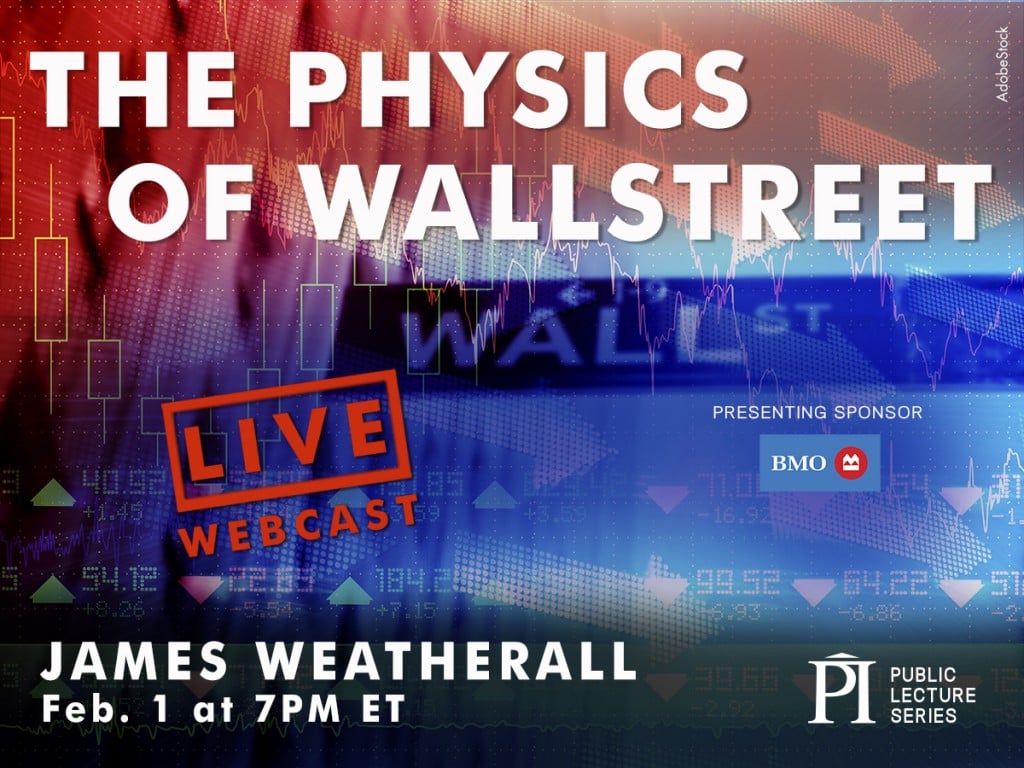 You don’t need to be an investor to know that complex mathematical tools undergird the financial world. Not just anyone, after all, can tackle the stock market, with its hasty ups, abrupt downs, and reams of data. But did you know that many of those innovations come from physicists, in the wake of the Second World War? In the first Perimeter Public Lecture of 2017—the series that brings high science to the masses at the Perimeter Institute stage in Waterloo, Ont.—author James Weatherall digs into the history of quants, next-level mathematicians whose work served as the engine of the financial sector—and, arguably, caused its downfall in 2008. Watch a trailer for the lecture here.

As we do every month, Maclean’s is proud to be able to broadcast a live-stream of this talk. Watch it below at 7 pm ET on Wednesday, Feb. 1.