Many scientists say GMOs are safe to consume 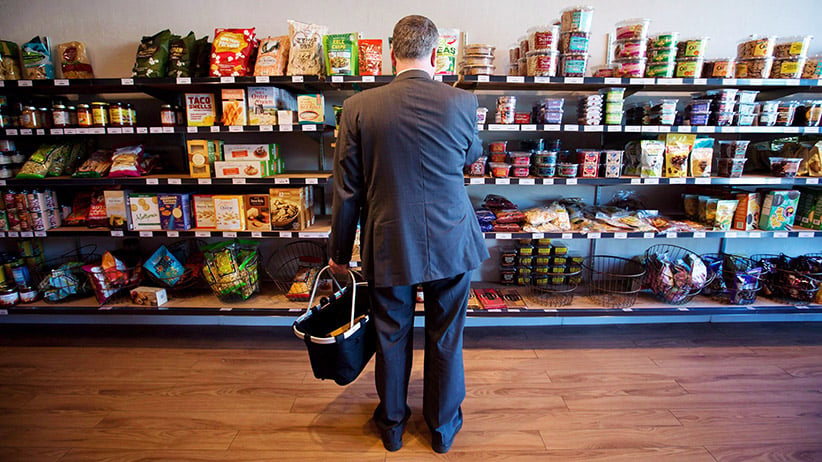 A customer browses the shelves at Pirate Joe’s store in Vancouver, B.C., on August 21, 2013. The annual pace of inflation increased to 1.3 per cent in July, driven by the higher cost of food and most other categories of consumer items, Statistics Canada reported Friday. (DARRYL DYCK/CP)

Science policy often gets short shrift in federal election campaigns, so when the University of Victoria Students’ Society played host to a local candidates’ debate on Sept. 23—one devoted to science and technology—the auditorium was packed to brimming. Victoria incumbent Murray Rankin of the NDP, the Greens’ Jo-Ann Roberts, who’s running against him, and Tim Kane, running for the Liberals in nearby Saanich–Gulf Islands, fielded questions on everything from climate change to science communication. When an audience member asked if the three supported mandatory labelling of genetically modified organisms, or GMOs, all of them agreed. (The Conservatives declined to participate in this debate.) The consensus left some scientists in the crowd dismayed. “Ok, all 3 parties support GMO labelling,” tweeted Victoria-based conservation biologist Stephen Ban. “Boo.”

Ban isn’t alone. Many scientists say GMOs are safe to consume. For decades, these crops—such as insect-resistant corn, or herbicide-resistant canola—have been grown in Canada, yet they continue to stir up controversy. According to a recent survey from the Pew Research Center and the American Association for the Advancement of Science, 88 per cent of association scientists said it was generally safe to eat GMOs, but only 37 per cent of the public thought so, a wider gap than on any other issue, including climate change and childhood vaccines. Labels, critics say, create the perception that GMOs could be dangerous.

“It’s important that the public [has] information to make consumer choices,” Trevor Davies, a fisheries stock assessment scientist who followed the debate on Twitter, tells Maclean’s in an email. “GMO labelling would, ironically, have the opposite effect,” by giving people the impression that such products aren’t safe at all. “I’m not in favour of labelling GMOs,” Ban, the conservation biologist, tells Maclean’s. “I don’t think it would help anyone.”

Rankin, however, was careful to portray GMO labelling not as a safety issue, but as a consumer’s right. “I think people have a right to know what they put in their bodies,” he said. In 2014, Rankin introduced a motion in the House of Commons calling for mandatory labelling of GMOs. (Vermont recently passed similar legislation.)

No doubt, the three candidates at UVic’s debate can feel which way the wind is blowing­—especially on Canada’s West Coast, where the local organic movement is especially strong. (The Conservative party does not support mandatory labelling for GMOs, which would “unnecessarily increase costs to consumers, farmers and business,” says spokesperson Megan Murdoch, adding that all GMOs must meet Health Canada’s standards before they’re approved.) By 2018, Whole Foods locations in Canada and the U.S. will require that everything with GMO ingredients be labelled; burrito chain Chipotle recently went GMO-free.

“One need not go into whether a genetically engineered food is good, bad, or different,” Rankin said in the debate. “We’ve got the right to know what we eat.” Unfortunately, even at a debate about science and technology, sometimes the science comes after the politics.