Quantum computing could solve problems we don't even know we have

After decades of experimentation, billions of dollars in investment across the globe and gut-wrenching uncertainty about whether it was even physically possible, we've proven a quantum computer can work 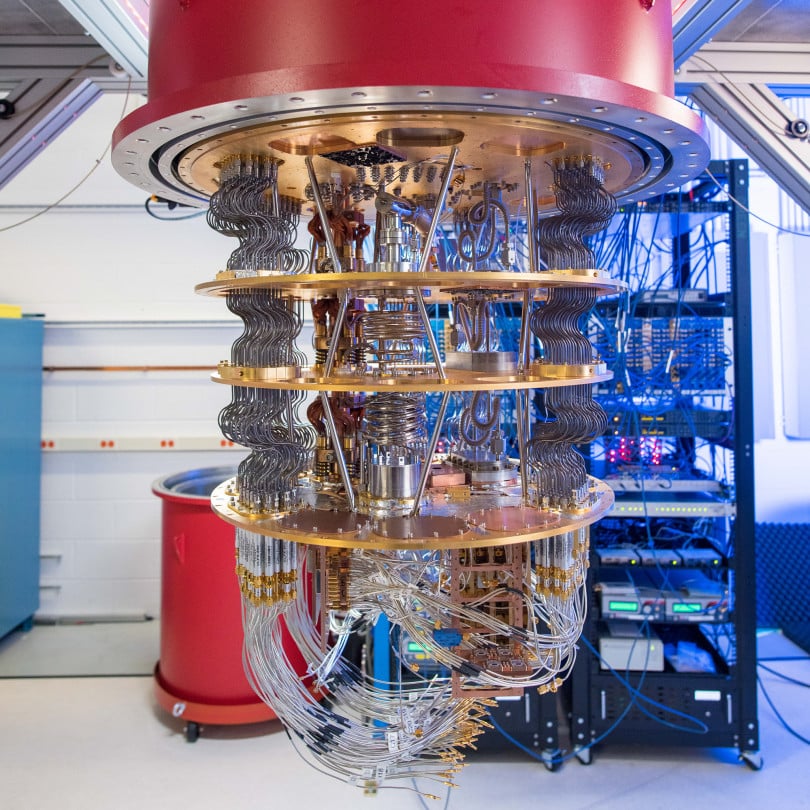 It’s been hailed as a breakthrough on the scale of the Wright brothers’ ﬁrst motorized airplane flight: a quantum computer that has done a calculation so ﬁendishly complex no conventional computer can do it. In the bravado that inflects computer science lingo, the feat meets the test of “quantum supremacy,” and computer scientists the world over are raising a glass in celebration. “I call this the dawn of a new era,” says Joseph Emerson, a professor at the Institute for Quantum Computing at the University of Waterloo and chief executive of the start-up company Quantum Benchmark.

The program was announced in October by Google in a paper in the scientiﬁc journal Nature. It proves that after decades of experimentation, billions of dollars in investment across the globe and gut-wrenching uncertainty about whether it was even physically possible, a quantum computer can work. And, like the 12-second Kitty Hawk flight that charted the path for today’s transatlantic trips, it can be scaled up to become far faster and more powerful.

But how? And when?

To start, quantum computing might make widespread encryption codes obsolete, a change that has some ﬁnancial and data institutions racing to ﬁgure out quantum-proof encryption. (The answer, oddly enough, may be in harnessing new quantum programs.) As well, an early business use may be to solve what’s known as “optimization” issues—how a complex organizational task, like delivering numerous parcels quickly, can be done more efﬁciently.

Beyond that, the potential is huge. The idea behind pursuing quantum computers is that they are likely to be capable in mere minutes of cracking problems that had previously been intractable.

Puzzles so complex, say, that hardly anybody talks about them—or even knows about them. Like curbing the massive loss of electrical energy as it flows through transmission lines, says Emerson. Or decoding nature’s secrets for transforming airborne nitrogen into the compounds plants can use—the elusive key to making fertilizers with less waste. Or pinpointing which molecules will bond together to make new life-saving drugs, instead of slogging through frustrating years of lab research with no guarantees.

What these unimaginably difﬁcult problems have in common is that they revolve around the mysterious, seemingly magical workings of the subatomic world. This is where the counterintuitive logic of quantum mechanics comes into play.

In quantum mechanics, the rules that seem to govern the world we can see—like the rules Sir Isaac Newton described—don’t hold. In the Newtonian, or classical, world, things are either in one state or another. Up or down. On or off. A coin is either heads or tails. In classical computing, it means that the bit—the fundamental unit of information—is designated either 0 or 1.

But the bizarre rules of quantum mechanics mean that something tiny like an electron or a photon doesn’t have a simple, deﬁnite state, explains Aephraim Steinberg, professor of physics at the Centre for Quantum Information and Quantum Control at the University of Toronto and co-director of CIFAR’s Quantum Information Science program. (CIFAR is the Canadian Institute for Advanced Research, a charity known for assembling the world’s scientiﬁc geniuses.)

We already harness the power of quantum mechanics in the transistors that are the basic hardware in our computers’ microprocessors, in smartphones and LED light bulbs, and even lasers.

But when you go a step further, as Google did, and marry quantum mechanics to information technology, you get something that instead of just pointing up or down, or being at 0 or 1, can point in any direction around the sphere, Steinberg explains.

“If you imagine replacing every bit in your computer with something that had the power to point at any point in the globe, you can already see that there’s much more information at play in that system,” Steinberg says.

READ MORE: Trudeau versus the experts: Quantum computing in 35 seconds

Those multi-tasking bits are known as qubits—short for quantum bits—and are the fundamental units of information in quantum computing. And they can be coaxed to work together, into being, as the computer world puts it, in entangled states. The thinking goes that if the problem is quantum, then the solution might be, too.

It makes for a wild ride.

The beauty of conventional computers with just zeros and ones is that they methodically work their way through those two possibilities until they come to an answer. It’s like a high-speed train running along a track taking you to a destination, says Emerson.

But quantum computers don’t do that. Instead, he says, they’re more like a rocket ship blasting off through space without a destination. It’s an indirect, continuous process that you have to keep navigating, buffeted by winds and slight miscalculations and turbulence. It means errors creep in. One of the big challenges with programming quantum computing is keeping on top of the errors, which is what Emerson’s start-up company is working on.

While your next iPhone won’t be a quantum computer, the effects of quantum computing could seep into our lives within the next ﬁve years, and likely within the next 10, Emerson says. But the truth is that nobody knows exactly how it will transform our lives. It could show up in engineering tools. Or maybe in quantum chemistry advances or in how we tackle climate change or energy efﬁciency.

“We don’t know exactly which problems quantum computers will be better at than classical computers,” Steinberg says. “We are looking constantly for other problems they might be able to solve.”

All the public interest in what the new milestone means reminds Steinberg of the questions in the pioneering days of conventional computers.

“I compare the computer I’m using right now with the computer I used 20 years ago and it’s remarkable how much more it can do,” he says. “There are some aspects of it we envisioned and many others that we didn’t. I think the same thing is going to be true for quantum computing.”

This article appears in print in the January 2020 issue of Maclean’s magazine with the headline, “The answer to everything.” Order a copy of the Year Ahead special issue here. Subscribe to the monthly print magazine here.