Chris Hadfield on his spacewalk and his celebrity status, part of our series in conversation with the Canadians who were once in space, or soon will be 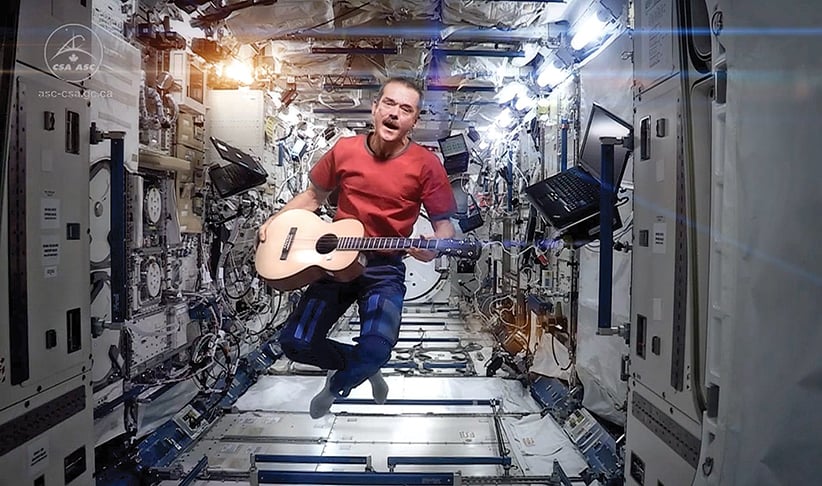 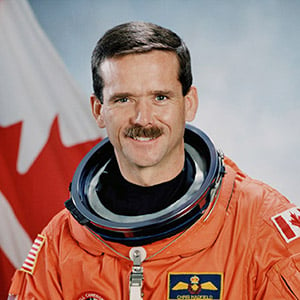 Q: You went into space three times. Which trip was your favourite?

A: Wow! Unfair question. Each one had extreme strengths and I look back on all of them very fondly. But probably the third, because it truly gave me time to immerse myself in the experience. I wasn’t there for a specific purpose that I had to accomplish in a week or two and then leave. It was almost like moving to space, as opposed to visiting; living there for half a year, changing my postal code. The opportunity for emotional richness was magnified as a result.

Q: During the 2001 mission, you became the first Canadian to walk in space. What’s the hardest thing to adapt to when you’re moving outside in space?

A: In all of the movie portrayals, a spacewalking suit seems sort of insignificant, like a pair of shorts and a T-shirt. No one thinks much about it. But it’s a spaceship, not a spacesuit, an entire life-support mechanism that’s incredibly complex and cumbersome. It’s very difficult to put on and off. You have to run it the whole time you are wearing it, and it redefines how you move. It’s like if you put on a wetsuit and a snowmobile suit and froze yourself solid and then tried to go and do work. You can’t just ignore the clothing; it partially defines the experience. So maybe the most difficult thing is becoming completely attuned to efficiently wearing a garment that is so inhibiting to motion, and making it look effortless, as if it’s the most natural thing to be out there on a spacewalk.

Q: You were well-known when you went into space the last time, but you returned to Earth a celebrity. When did that hit home? 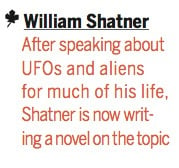 A: It started hitting home in orbit, during the flight, when I started hearing through social media from Captain Kirk—William Shatner

—and then entered into a conversation with him. And the same thing with Neil Young, who is so iconic. (The first songs I learned to play on guitar were a bunch of Neil Young songs.) I think that’s when I really started becoming aware that other people might see me that way now: as some sort of one- or two-dimensional mythical figure they were going to try to celebrate. So I try hard not to be different than who I am; to do what’s important to me and explain it as consistently as I can. And if people like it, that’s fine. The results are delightful and quickly became apparent to me. Back on Earth, everywhere I go around the world, I’m stopped, and people have heard of me for all sorts of different reasons. I constantly have strangers come up to me on the street and tell me that they are proud of me. And if that’s celebrity, then that’s a wonderful privilege and I’m delighted by it every time.

Q: Really? It doesn’t ever become a bit much?

A: When you walk down the street and one out of every 15 people come up and say, “I don’t want to bug you, but I’m really proud of what you’ve done,” and then they walk off, they’re not asking for anything, they’re not getting in your way. It’s just goodwill. It’s a wonderful affirmation. So I don’t know how you get tired of that.

Related: Listen to the first song off Chris Hadfield’s album, recorded in space

Q: You accomplished an extraordinary number of things—photos, social media, interviews, singalongs, recording an album—during your last trip in space. How did you find the time? 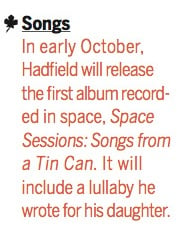 A: I did it instead of sleeping. Everybody wants your time while you’re up there. There are teams all around the world battling for 15 minutes. But they have to give us time to sleep—7½ hours on the clock. So I decided I would use a couple of hours every night to get other stuff done. It was a chance to take pictures, communicate with people and write songs.

It was a really good time to push myself and be productive.

Q: You’ve received so many honours and accolades since you’ve returned home. Is there one that stands out?

A: Two. I have five schools named after me now, and those communities have chosen my name because of what I’ve done and represent. It’s a wonderful honour. And every time I look at the back of a $5 bill. There are only three Canadians who have walked in space, and I was the first. So when I go to Tim Hortons and see my picture on the five—that’s pretty delightful, too.