David Saint-Jacques on applying to be an astronaut, part of our series in conversation with Canadian astronauts 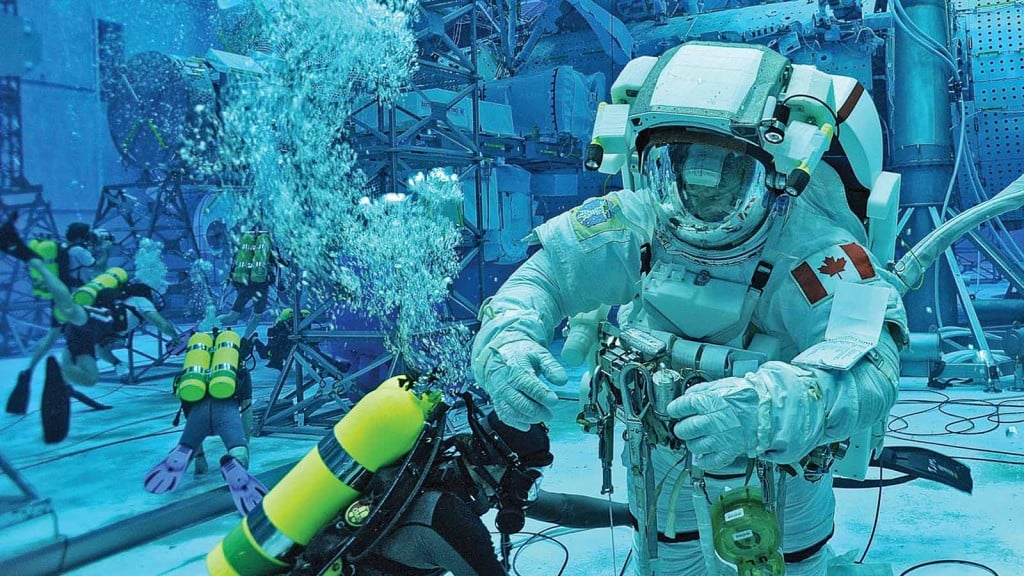 UPDATE, May 16, 2016: David Saint-Jacques will be the next Canadian to travel to the International Space Station for a six-month mission in November 2018. 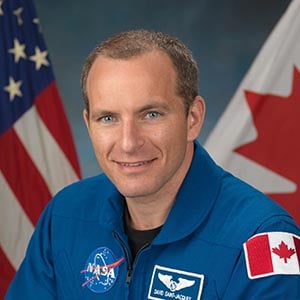 Q: Can you tell me about the process of becoming an astronaut? 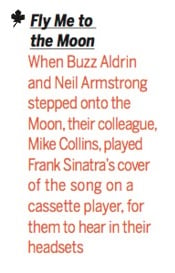 A: The story started in 2008. The CSA put out an announcement in the media for about a month. It was a very narrow window. I was a satellite doctor in the Arctic, it was late at night, I was working on my patient charts and one of my colleagues barged into my office singing Fly Me to the Moon

. She told me, “Hey, they’re recruiting astronauts, so you better apply.” It was strange to me, because I’d never spoken about this to anybody. I remember, as a child, thinking very clearly that I would try to model myself on what I thought astronauts were like. So it has always been that kind of a fantasy—never a career project. So I was kind of surprised that she would say that to me. That news was very powerful. I heard that, and it was as if the world stopped for a second. Very strange, like falling in love or something. I had to apply.

Q: What was the application and selection process like?

A: It’s a test of your will. It was very benign, initially, a one-pager on the web that you fill out. How old are you? How tall are you? Do you wear glasses? Very basic things. After the first screening, they gave us a bigger questionnaire. You send something in and you hear back, yes or no. The next step was something like letters of reference, CV, biography, a letter of motive—why I thought I was a good candidate. And then a big medical questionnaire. That was the end of the faceless part of the application.

By then, there were probably a couple of hundred people left—initially there were 8,000, I think. After [initial training with an air force flight doctor], there were about 50 people left, and we were summoned for a whole week of skills testing. Track and field, swimming, that sort of stuff, then aptitude for flying, then a whole battery of psychometric tests, personality training, IQ tests. Nobody knows an astronaut personally, so you have no idea what they’re looking for.

As I was going through, it was clear I wasn’t the best at any of the tests, but they want people who don’t fail anything. The job you have once you’re in orbit is so varied. You don’t have to be an Olympian or a Nobel Prize winner, but you can’t suck at anything.

Then there was the stress testing at a navy facility where they train battleship personnel. We practised fires and floods, did a simulated sinking ship and learned how to survive a helicopter water splash. This is very, very draining. We were on our knees for a week: tired, hungry, freezing, then burning in an engine-room fire.

They were trying to see how tough we were. Then, when it’s clear you’ve had enough, they throw puzzles at you to solve—complex team dynamics, decision-making challenges. It’s easy to be a nice guy in an interview. What are you like when you’ve had enough? That was tough to go through.

But I had some strong reasons to want to continue. First, that’s my personality. I finish what I start. I don’t quit. It also started to dawn on me when there were 40 people left that this was really possible. After that, we were doing PR testing, medical tests where they’re looking for signs of disease with no symptoms. You can’t prepare for that. And interviews. Several grillings. It confirmed to me my vague vision of what astronauts were like.

A: Imagine if an airline pilot flew very rarely—we work at the equivalent of the airport. We train, work at the control tower, do engineering. I live in Houston and work in mission control, supporting the crews on board, doing research, doing outreach and representing NASA to the community. Astronauts do technical jobs everywhere in NASA. They represent the crew perspective on projects, advise on design and test new spacesuits.

Q: Why is space flight worth the investment? 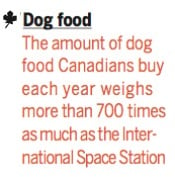 A: Half of one per cent of the U.S. budget is space-related stuff. [In Canada], we spend more on dog food

. Space flight is intrinsically international and very modern. It’s like a co-op. Every country provides services. In Canada, we have a focus on robotics in the shuttle and space station. In exchange, we get research time for our scientists and astronauts’ flights. Our contribution is as a junior partner.

I feel that this is the biggest thing that has happened in the past couple of hundred years. In space, you can’t see the borders. It doesn’t look like a map. It’s so obvious that we’re in this together. We’re like kids fighting in a sandbox, on the political and human side of it. The International Space Station was built in orbit. Each piece hurtled into space at eight kilometres per second. From an engineering point of view, it’s madness. Unbelievable. It’s also a feat of policy—Russia, the U.S., Germany and Japan working together. Do you realize what that means? These countries were sending nukes to each other a generation ago. Space does that. It gives us that amazing big picture.

Q: What are the downsides of being an astronaut?

A: One peculiarity of our job is that we do everything in public. Also, you don’t want to make a mistake. In the best case, it’s an embarrassment, in the worst, death. That’s also part of the training. They teach you to think like an astronaut, like they do with a pilot, a military man, a fireman. You dissociate in your mind the gravity of the consequences of your mistake.

Q: What are some of the most important technological advancements to come out of space flight?

A: Many people don’t know that you don’t spend 10 minutes without using a satellite. Or that agriculture is managed from space. Banking, too. The space program is like our airports and highways. It’s not a luxury. It’s part of the fabric of the modern world.

Space is also our tool to take care of the world. From space, we know the Earth is fragile, and we can follow oil spills and forest fires, and monitor the environment and save it. The needs of remote communities and the needs of astronauts are similar. Canada is a country that is big and has a lot of people living in faraway places. Physicians in remote areas need to have contact with more senior colleagues. We depend on telehealth for advice, X-rays, labs. At the most simple technical level, space technology contributes to remote health care.

Q: What are your goals as an astronaut? What’s your mission?

A: First, better international understanding. At the peak of the Cold War, Russian and U.S. astronauts were shaking hands in space. It was the last refuge. Second, to help spread to Canadians the realization that we’re one on this planet. Third, there’s always this message I want to give kids: Everybody has a dream, but it’s often very vague. We owe it to ourselves to identify it and not be afraid of it. Even if it’s crazy and unachievable. The importance of finding your dreams doesn’t lie in the fact that it gives you a target that you have to achieve, but it gives you a direction. When you set it into motion, things happen. That’s the message I want to give my kids. If your dream isn’t scary, it’s not big enough. Sure, use your head, get a job. But don’t lose sight of wonder.