Jeremy Hansen on parenting from space and why Mars is a 'crappy planet', part of our series in conversation with Canadian astronauts 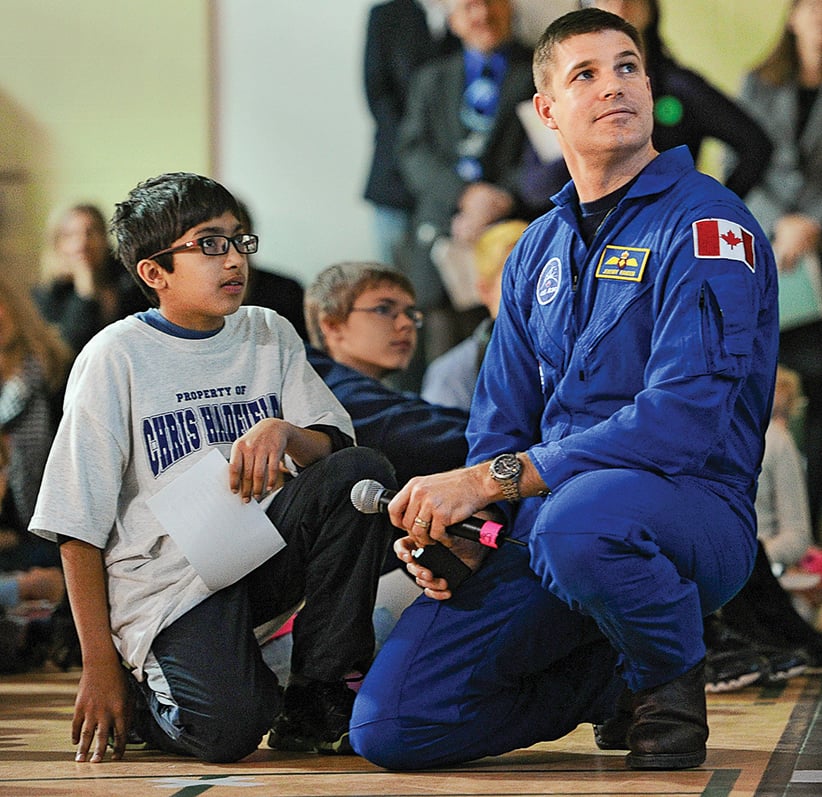 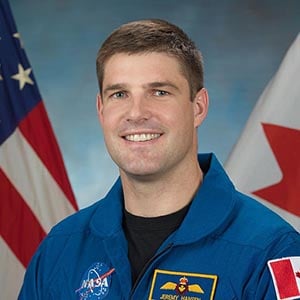 Read other entries from Question and Astronaut, our series of annotated interviews with Canadian astronauts who have been or will soon go to space.

Q: What was the most difficult part of your training?

A: The hardest part was definitely our time in Halifax, when we went through the Canadian military’s Navy battle-damage simulation. They gave us one day of training on how to fight fires and plug holes on a sinking ship in this amazing simulator they have in a building, where they can set a compartment on fire, and they can flood a compartment with freezing water. Then, on the second day, we went through it in small groups, and we spent the whole day fighting fires and plugging holes. It was really hard. I’ve had some pretty big challenges in the military, some big, physical days, and this was on par with some of the toughest days. It was telling, I think. What they’re looking for is how you react when things aren’t going your way, when you’re no longer feeling great, you’re exhausted, you’re approaching hypothermia—how do you treat others? Are you able to contribute to the team?

Q: How long have you wanted to be an astronaut?

A: For me, that passion was ignited at an early age. I have this recollection of looking at a picture of the Apollo program—Neil Armstrong standing on the Moon—then looking at the night sky and realizing that, right where I was looking, people stood and looked back at the Earth. Even as a fairly young child, that was not lost on me, and it inspired me to pursue my dream. I didn’t know if I would ever become an astronaut, of course, and the odds are not in your favour, but I just kept it in the back of my mind and tried to keep those options open.

Q: What are you most looking forward to when you finally go into space?

Q: What are you most nervous about? 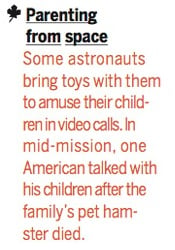 A: Mission-wise, there’s nothing I’d be nervous about this far out, but I do wonder about the challenges of parenting from space.

It’s tough to parent from the ground, so when I do fly in space—I have three children, they’re 10, eight and eight; I have twins—you just never know what life’s going to throw at you. Let’s say I’m gone for six months, which is what we’ve planned right now. That’s a long time to contribute as a parent from space.

Q: Tell me about what you do when you’re an astronaut who’s not getting ready for a mission. What’s your day-to-day work like right now?

A: Actually, that’s one of the things I like most about my job: There isn’t much of a day-to-day. For example, last week, I was flying with the RCAF, flying CF-18s. Today, I was going through my annual physical. I take language classes, I learn robotics and spacewalking, so every week is different.

Q: You have a military background. Did anything from that help you get through this process?

A: Two things—what I would call the operational skill sets. I share them with young Canadians when they ask me, “What do I need to work on?” For me, I got them from learning to fly gliders and airplanes with the Air Cadet program, and then from joining the military. The outcome of my decisions affect whether I live or die, or whether someone else lives or dies, or gets injured. Having serious consequences to your decision-making process is something you have to be very comfortable with. It’s something you learn and you practise over time, so I encourage people to find some way to challenge themselves. The other thing I share with people, which I’ve learned over time, is self-confidence. You have to get very comfortable with saying, “Well, every day, I’m just going to give my best. I have skill sets I’ve learned, I’m going to employ them, and my best is going to be good enough.” I don’t spend a lot of time fretting about what’s coming; I make the assumption that I’m going to deal with it properly and have a good outcome.

Q: What’s catching your interest in the space world? 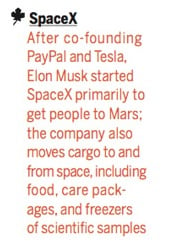 When I look at all the other pieces I see coming together in the space programs, I realize that the 2020s are going to be completely different than this decade has been. There’s going to be rapid progress. One of the most important aspects is going to be cheaper access to space. It changes everything. We have the ideas and the technology to do a lot of things, but we’re limited financially, so, by reducing the cost of access to space, the whole problem is changed. Ultimately, the pieces that are coming together are going to allow us to send humans to Mars—and bring them back.

Q: What do you think of the people buying one-way tickets for Mars One?

A: I don’t think they’re crazy to want to go. I think there are people in different phases of their lives, and I think there are people who’d be happy to go and do that. I have a wife and three children and, for me, there has to be a return. I can’t just check out of all these things that I’ve committed to here on Earth.
I think my career will end too early for me to go to Mars, though I might be involved in preparing the next generation to go. I’d love to explore Mars, but, ultimately, it’s kind of a crappy planet. The thing is, [Mars One people would] never go outside without a spacesuit ever again. You’re going to live in a tin can. Space stations are noisy; it’s like living inside a computer with the fan on all the time. You’re never going to smell grass or trees. It’s just never going to be anything like Earth. You’re never going to swim. You’re giving up so much.

Q: What would you tell aspiring astronauts?