Marc Garneau on seeing Earth from above, part of our series in conversation with Canadian astronauts 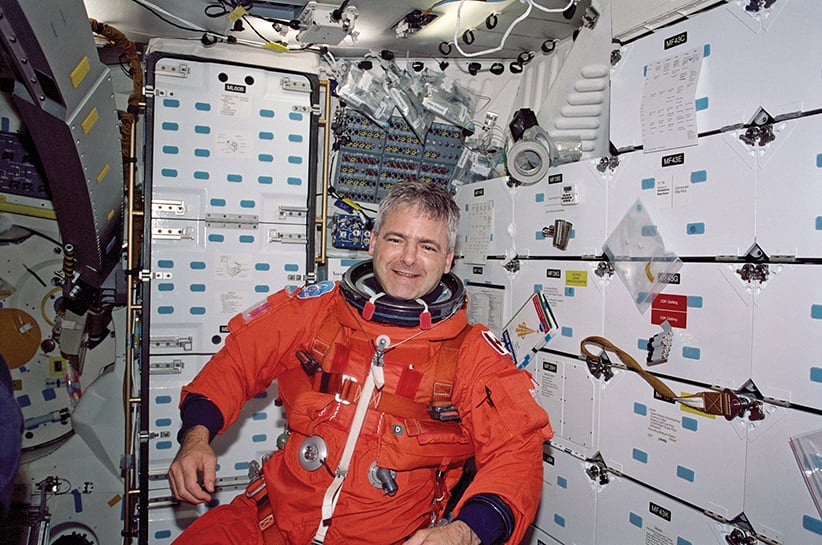 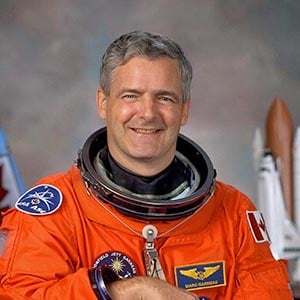 Q: What was your favourite part of being in space?

A: Looking out the window. You have some serious work to do when you’re out there, and you train for about a year to do that. I have been responsible on two of my missions for operating the Canadarm

, which was a particular thrill, given that it was a Canadian technology. 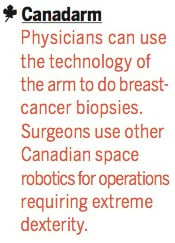 When you have some free time, you want to savour the experience—look out the window, see this extraordinary planet below you and try to absorb as much of that as possible.

Q: What surprised you most?

A: You can train on the ground, and they’ve got some reasonably good simulators.

You can experience short periods of weightlessness [on Earth], so that doesn’t come as a surprise. 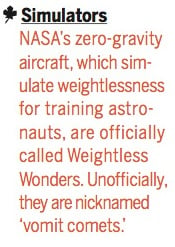 There’s even a simulator that helps you feel what you’re going to feel during the launch phase. What you aren’t ready for—on an emotional and intellectual level—is how looking down at Earth will profoundly affect you. Over the long term, it has changed the way I think about planet Earth. When you go around the planet and look down, you think about the fact that this is the cradle of humanity, that this is a place where seven billion people, 200 countries, live side by side, that we share this place and there’s nowhere else to go. When you look out and you see that very thin atmosphere—which is like the last layer on the outside of an onion; it’s that thin, and it allows life to exist on this planet—the atmosphere, the oceans: these are common things we share, and therefore we have common obligations to take care of them. It was driven home to me very dramatically on my first mission. At the time, the government of Brazil had enacted a policy to create more agricultural land, so they were allowing the tropical forest to be burned down. A million square kilometres over the Amazon region. You could hardly see the ground. I realized very quickly that the rainforest in Brazil actually has an effect on the rest of the planet. People often ask me if I saw the Great Wall of China. Well, no, you can’t, because there’s too much pollution. And, by the way, there’s pollution over Lake Erie and California and the Mediterranean. It’s very visible. I’m a politician today, and that sort of experience seeps into the way I approach politics.

Q: What was your most memorable moment in space?

A: The first time I floated over to look out the window. The launch

phase only lasts 8½ minutes, but it’s a rock’n’roll ride. It’s vibration, acceleration, lots of noise and then finally, if everything has gone well, they have a thing called MECO—main engine cut-off—which is when they turn off the engines because you’ve arrived. 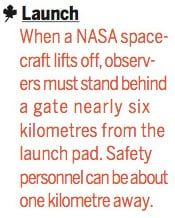 You’re in orbit over the Earth. And suddenly it’s very, very quiet. It’s dramatic. You realize you’re floating in the straps in your chair. And you take off your seat belt and float over to the window and look out, and you realize, “I’m not looking at a picture, here.” I couldn’t process it all. Even if I forget everything else in my life, that will stay with me, burned into my brain until the day I die.

Q: Tell me about being weightless. What was the most fun thing to do?

A: Going down the ladder headfirst, walking on the ceiling, chasing after M&M’s that you throw up into the air—they’re just bouncing around all over the place and you go around like a fish eating them. I often tell kids that when you go into space and experience weightlessness, the serious adult in you gives way to the child you used to be, who had imagination, who had no bounds on what was possible.

Q: There are a couple of new Canadian astronauts training to go to space for the first time. Any advice to give them?

A: I try not to give too much advice. I answer questions when people ask. But if Jeremy [Hansen] and David [Saint-Jacques] said, “Tell me something that I should remember,” I would say, “Don’t forget to savour the experience.” You don’t want to come back and feel you were so focused on your job that you didn’t experience what is so different about being in space. Very few human beings have ever experienced it. They’re probably going to go on five- or six-month deployments, so it won’t be an issue. In my case, I was only on short shuttle flights, so it was a little more important for me to make sure that I took the time. 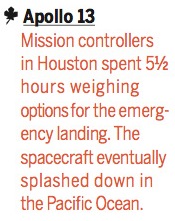 . I’ve had the pleasure of meeting two of the three people who flew on that mission. I had dinner with James Lovell. What an extraordinary man. This is a guy who embodies being cool under pressure, and he’s also a terrifically humble man. But anyway, the movie was fabulous. It showed NASA in a situation where, yes, there was a world of trouble. But there was a way to get out of it, and NASA got out of it. It wasn’t like Challenger or Columbia, where there was nothing anybody could do. Here there was. And it was their finest hour.

And I have to pay tribute to Gene Kranz, whom I met. He was the guy on mission control [for Apollo 13], the “Failure is not an option” guy. The people in mission control, as well as the astronauts, deserve the applause that came from Russia in that mission.

Q: What are you most excited to see in the coming years as space science and space technology advance?

A: I would love to see the world’s space programs continue toward sending humans to an asteroid or to Mars, with, of course, a full plan in place to bring them back. That excites me. And one of the things that excites me most about space is that we can go up there and put spacecraft in orbit with sensors that will help us measure the health of our planet, which is becoming particularly important. Our planet needs to be observed.