Robert Thirsk on his fears and why space is a moneymaker, part of our series in conversation with the Canadians who were once in space, or soon will be 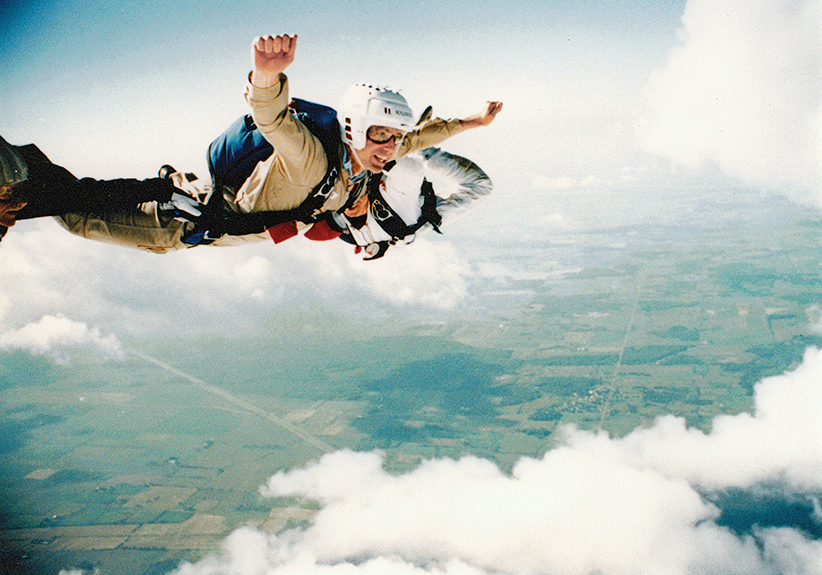 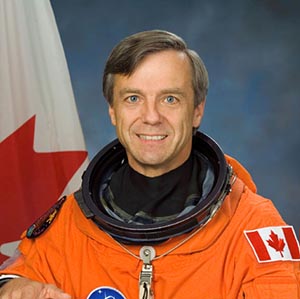 Q: What was your favourite part of being in space?

A: Oh man. Do you have half an hour? It’s like choosing your favourite child. When my vehicle docked to the space station, I opened up the hatch and floated into the station—I felt like I was floating into a Salvador Dali painting. The way that life on Earth unfurls is different than in space. It takes a while to adapt to flying around the space station without hurting yourself, damaging equipment or colliding with your crew mates. But after a few days, your body and your brain adapt. It’s every child’s fantasy of being Superman, performing silly astronaut tricks. On the serious, professional side, it was just putting my knowledge and skills to the test on the world stage. And every astronaut will say that seeing the Earth is their favourite thing. If an astronaut has free time, go look for a window, that’s probably where they are.

Q: Did it change your ideas about Earth? 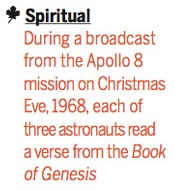 A: Absolutely, and of life in general. All astronauts who have flown wish that every human being had the opportunity to fly in space. There’s a spiritual

feeling that comes over us when we see the whole Earth from above, when we realize that everything is one and that we’re all connected. There’s a consciousness shift. You look down and see the Earth in all its beauty, but beyond the Earth there’s nothing except billions of miles of empty black void. Within our solar system, we know that Earth is the solitary oasis of life. And who knows, maybe we’re also the solitary oasis of life in our galaxy, so that’s mentally and emotionally very profound. We really get an impression of the fragility of the Earth and its ecosystems, so surely what’s most important is preservation of the human species. It’s not the borders between countries, it’s not the price of a barrel of oil, it’s not trade tariffs, it’s not illegal immigration. Earth is a tiny, fragile oasis of life, and what’s most important is human survival. And you see that so clearly from orbit.

Q: What made you most nervous? 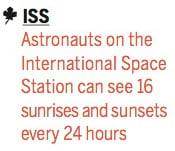 A: I would say making a mistake. Astronauts on the ISS

have a responsibility to perform well, and the stakes are high. There are careers that are in my hands when I operate equipment in orbit. So we need to take care of ourselves throughout the mission, to be just as physically, mentally and emotionally sharp in the sixth month as we were in the first.

The other thing is that six months is a long time. I missed my family. I missed my friends, and nature. We did have technologies aboard the station such as an IP phone, and we had weekly video conferences. We had intermittent email. The ground sent us news stories every day to help us stay in touch with what was happening on Earth, and to help us stay in touch with loved ones. But it’s not the same.

Q: What science did you do on the ISS? 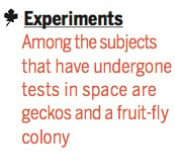 A: I was a medical doctor before becoming an astronaut, so it’s the medical experiments that I love the most. We did more than 100 experiments

in my six months. They came from a variety of disciplines—animal biology, plant biology, human physiology, fluid physics, materials processing. But the ones I was most interested in were the ones with medical applications that brought benefit home to Earth. Astronauts lose calcium from their bones at four times the rate of a post-menopausal woman, so we’re good models for scientists who want to investigate osteoporosis.

I’m interested in making space flight safer for future astronauts. The Mars astronauts are alive today. They’re currently in elementary school. I want to make sure they can endure a 2½-year mission to Mars and back. Some of the work we’re doing is coming up with what we call countermeasures, in astronaut lingo, for these future astronauts. Muscle and bone both waste away, and you lose strength in space, so the studies we’re doing will hopefully help us improve treatments both for people on Earth and also for these future astronauts. Another one would be how cognition works in space. Anecdotally, there are stories from astronauts that cognition or thought processes are not quite as sharp in space as they are on Earth. That’s why astronauts very carefully use checklists whenever we do a procedure in orbit, just to make sure we don’t miss a step.

Q: Were you worried about radiation exposure?

A: You bet. Astronauts in orbit, and certainly on a long-transit mission to Mars, will be exposed to higher fluxes of ionizing radiation. The consequences of that are well-known. There are certain types of cancers that we’re prone to. Once per year, astronauts are monitored, and if any of these nasty things occur, then they can be spotted early.

What we really worry about is a major solar flare occurring during our time in space. Thank God that didn’t happen when I was up there. But if it did happen, we would all congregate in one part of the station, the Russian section, where there’s a little bit more shielding. Throughout the station, there are what we call dosimeters, which are radiation-measurement devices. And there are dosimeters on our bodies 24 hours a day as well, so we can track our radiation exposure. Canada is actually a world leader in radiation dosimetry, but coming up with shielding for radiation is going to be a challenge. You can’t build spacecraft out of lead, because you can’t launch them. By definition, a spacecraft has thin walls.

Related: Chris Hadfield’s essay on the future of space exploration

Q: Would you ever take a one-way trip to Mars?

A: I think the people who have volunteered for that are brave and visionary, and I want to encourage them in their training, but we don’t have the robustness and the reliability of technology, and, particularly, the life-support technology to provide for their survival. I was surprised by how much time I had to devote to repairing equipment for the space station. There were a significant number of critical space station systems that failed, that myself and my crew mates had to rally around and work with the ground to repair. A classic example was the oxygen-generation assembly. It’s kind of important. That failed. So we had to repair that. Another one was the carbon-dioxide-removal assembly. And that’s also important, because every time you breathe, you put more carbon dioxide into the room. Here on Earth, you just open up the door or turn on the air conditioner to take care of that. You can’t do that in space. That failed, and we were in a crisis. We had to quickly repair that. It’s going to sound funny to you, but the toilet failed as well. If the toilet’s not working, it’s really uncomfortable. So when people talk about a one-way trip to Mars within 10 years, I think that’s fantasy.

Related: Question and Astronaut: Our interview with Chris Hadfield

Q: What’s your argument for why spending money on the space program is worthwhile?

A: First of all, the clinical spinoffs. The best example is right here in Calgary. The Canadian investment in space robotic technology is benefiting surgical patients. The company that built the robot arms for the ISS has partnered with the University of Calgary and a Winnipeg company to develop a telerobotic system. They successfully developed a microsurgical robot called NeuroArm, which incorporates technology from the Canadarm. It’s just as dexterous as a neurosurgeon’s hand but even more precise, and tremor-free. There are dozens of patients who have been treated here in Calgary with NeuroArm to remove tumours. There are hundreds of similar examples.

Space is actually a money-maker for Canada. We’ve chosen to invest in three areas: robotics, Earth observation and remote sensing. Canadian taxpayers typically invest about $250 million per year into the space program, but our industries typically have over $3 billion dollars a year of revenue. It’s a slam dunk.

Other things are more intangible, like national pride. Every time some sophisticated technology from our country performs its job flawlessly in the harsh environment of space, our self-image and our national reputation is enhanced. Also, inspiration: While the space program brings pragmatic economic and business spinoffs, I think its greatest benefit is that it inspires our society to take on challenges.

Q: What do you want Canada’s legacy to be in space?

A: I want us to continue the legacy we already have. If there’s one country in the world that should know something about exploration, it should be Canada. When we talk about a science culture in Canada, we’re talking about the need for a new breed of explorers: explorers who are wearing white lab coats, explorers who are wearing business suits, explorers wearing SCUBA gear, who are leading us into new frontiers. There may not be a lot of geographical frontiers left to explore, but man, there are a lot of scientific, technical and medical frontiers still out there. Canada should be at the forefront of those frontiers with our space program.

Get to know the great unknowable. Read Maclean’s special Space issue, on physical newsstands and on Next Issue, Apple Newsstand and Google Play.