Reaching back to the Big Bang

Neil Turok calls the discovery of ripples in space-time 'absolutely spectacular, if it's correct.' 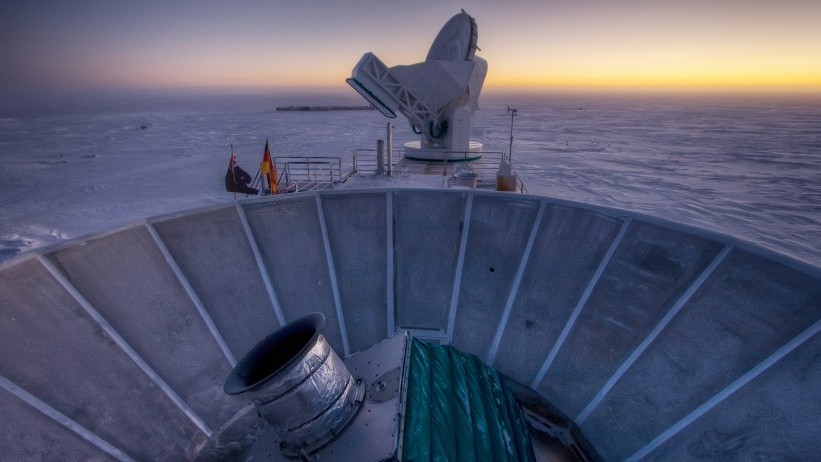 Some 14 billion years ago, the universe exploded into existence in a cataclysmic event known as the Big Bang. Less than a trillionth of a second later, according to the long-held idea, it expanded exponentially, stretching farther than modern-day telescopes could ever hope to see. Today, scientists announced the first direct evidence that this notion, called cosmic inflation, is true: a team has detected gravitational waves, or ripples in space-time, which they call the “first tremors of the Big Bang.” Neil Turok, renowned director of the Perimeter Institute for Theoretical Physics in Waterloo, Ont., called the result “absolutely spectacular, if it’s correct.” Widely celebrated, reported around the world, and even praised by many as Nobel-worthy, this—like any truly exciting discovery—seems sure to provoke a debate.

The results come from BICEP2, a radio telescope at the South Pole that probes the cosmic microwave background, an ancient afterglow left behind by the early universe. By seeking out twisting, curly patterns in microwaves from the Big Bang, the BICEP2 team (which included Canadian researchers) confirmed the existence of gravitational waves, predicted by Albert Einstein nearly a century ago. “Detecting this signal is one of the most important goals in cosmology today,” said John Kovac of the Harvard-Smithsonian Center for Astrophysics, one of four principal investigators. Observers hailed it as a game-changer, one that would usher in a new era of physics.

Turok, who delivered the 2012 Massey Lectures, has presented a different model: a cyclic one, in which the Big Bang wasn’t the beginning at all, and instead, the universe begins and ends (in a violent “big crunch”) over and over again. “The model we proposed [with Princeton University physicist Paul Steinhardt] had no gravitational wave signal at all,” he says. The discovery of the Higgs boson particle at the Large Hadron Collider in 2012 caused them to revise that slightly. “We have developed an idea in which the Higgs field itself could have created the Big Bang.” While they’re still working out the details, the idea’s based on the mass of the Higgs particle, which suggests “the vacuum we live in is not stable,” Turok says. “At some point in the future, our universe is going to make a transition to a lower energy vacuum, and the universe will collapse into a crunch, and that could create the next Big Bang,” and the beginning of the next one. Whether this theoretical version of the universe would have gravitational waves, he says, is not yet clear.

As for the BICEP2 results, Turok advises caution until other teams confirm the data. If gravitational waves have truly been detected, it will have profound implications for our understanding of the Big Bang—and for Turok’s cyclic model of the universe. If the find proves true, “actually I would be happy, in spite of the fact it was my theory,” he muses. “This is how science progresses.”