The challenge is now to go faster, higher and cheaper than ever before. Here are the three visionaries leading the way. 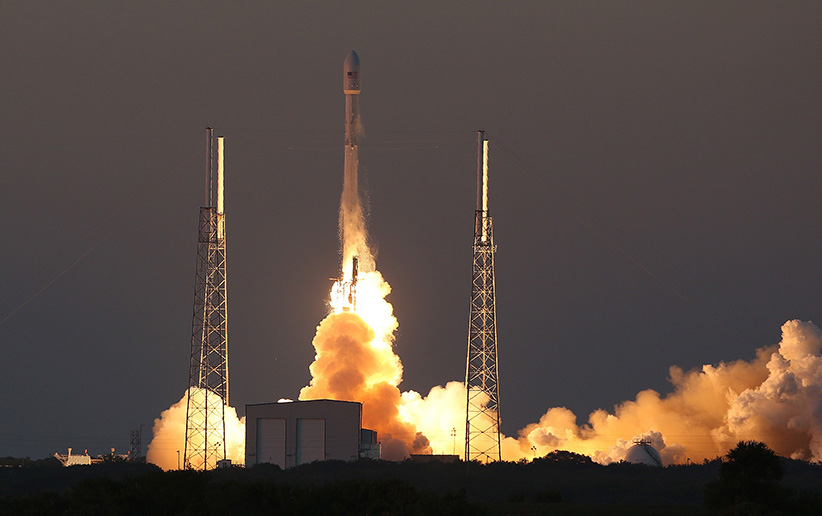 The biggest barrier to space travel isn’t the technology. It’s the cost. The price to launch a small satellite into orbit starts at $100 million. The going rate for a Delta or Atlas rocket, which lift heavier payloads, is closer to $400 million. And NASA’s latest deal with the Russians to ferry astronauts to the International Space Station has fixed the ticket for a single seat in a Soyuz capsule at $81 million. That’s with the frequent-flyer discount.

Which goes a long way to explaining why the greatest space race of our era is the one to go faster, higher and cheaper than ever before. SpaceX, the private company founded by tech entrepreneur Elon Musk in 2002, is currently in the lead, with its Falcon 9 rocket and $1.6-billion contract for 12 resupply flights to the International Space Station. (Six have gone off without a hitch. The seventh exploded during launch in June, due to a strut failure within the fuel tank.) Musk’s cost-saving vision is to make the entire rocket reusable, landing it gently back on Earth after the trip to orbit. SpaceX has come very close to success, failing twice in the final moments before touchdown.

Amazon billionaire Jeff Bezos has a similar dream. His company, Blue Origin, conducted the ﬁrst test of its reusable New Shepard rocket—named after the pioneering astronaut Alan—in Texas last April. A crew capsule made it safely back to Earth, but the booster cracked up on landing.

The highest-profile failure so far came on Halloween 2014, when Richard Branson’s Virgin Galactic SpaceShipTwo broke up during a test ﬂight over California’s Mojave Desert, killing its co-pilot Michael Alsbury. An investigation has determined that Alsbury unlocked the aerodynamic braking system too early, causing the plane to rip apart. Still, Branson is forging ahead with plans to fly tourists into near space as soon as 2016, at an initial cost of US$250,000 a trip, and to eventually take along satellites as well.

The accidents don’t faze seasoned space travellers. “You want to fail early and, ideally, to fail safe, so that you’ve learned all the lessons,” explains Chris Hadfield. Musk, Bezos and Branson are revolutionaries, he says, on the edge of the next, great leap upwards. 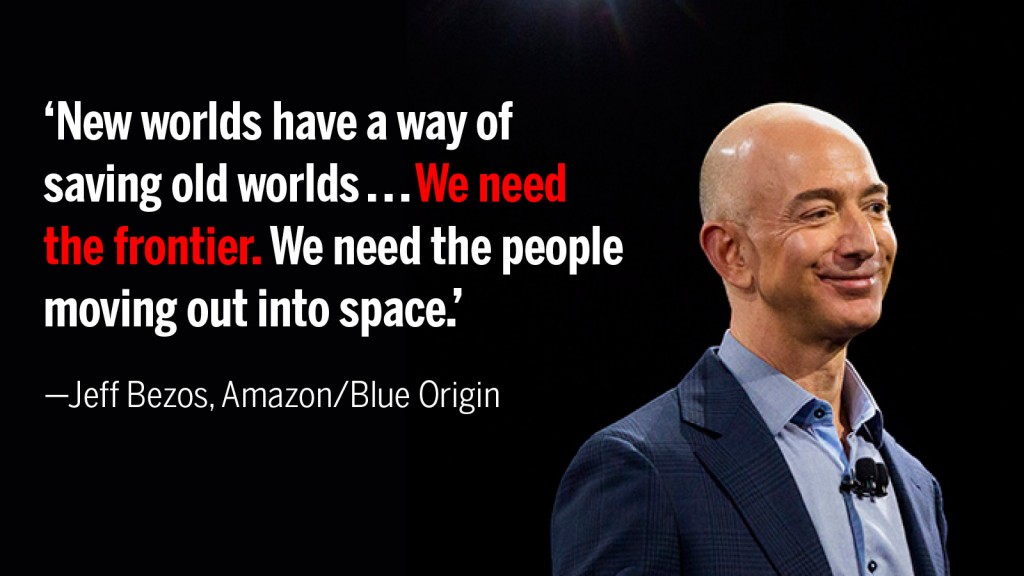 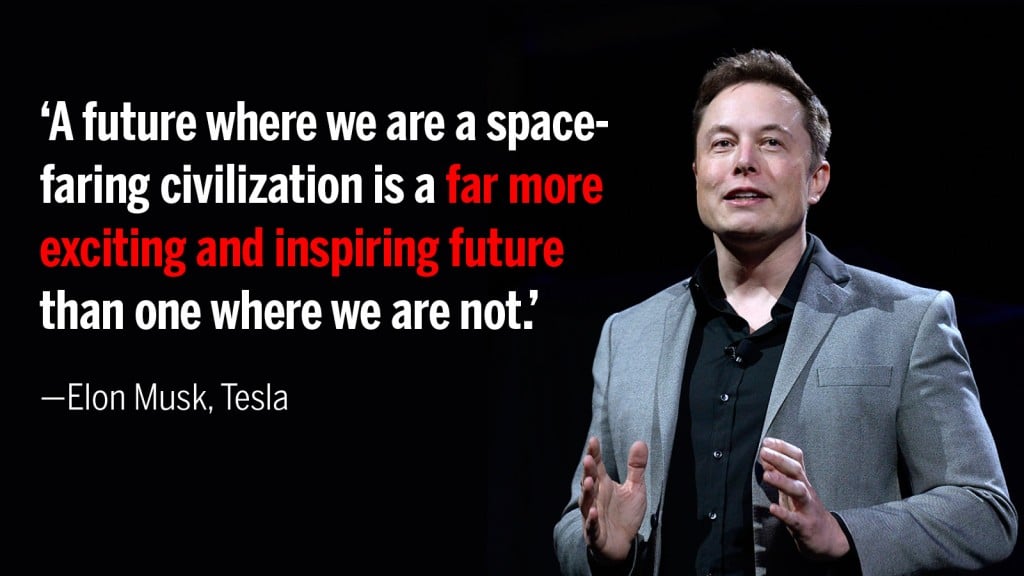 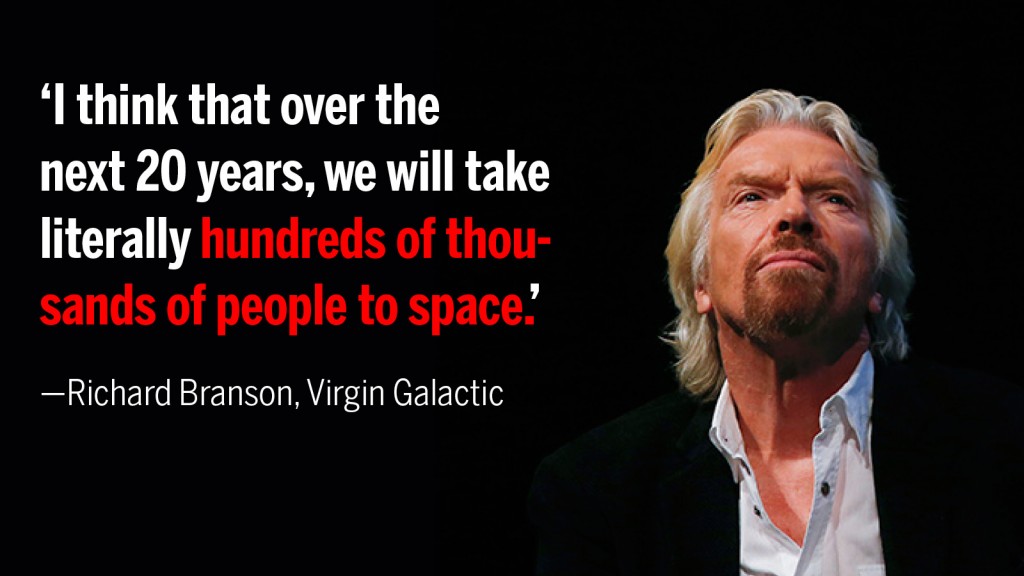