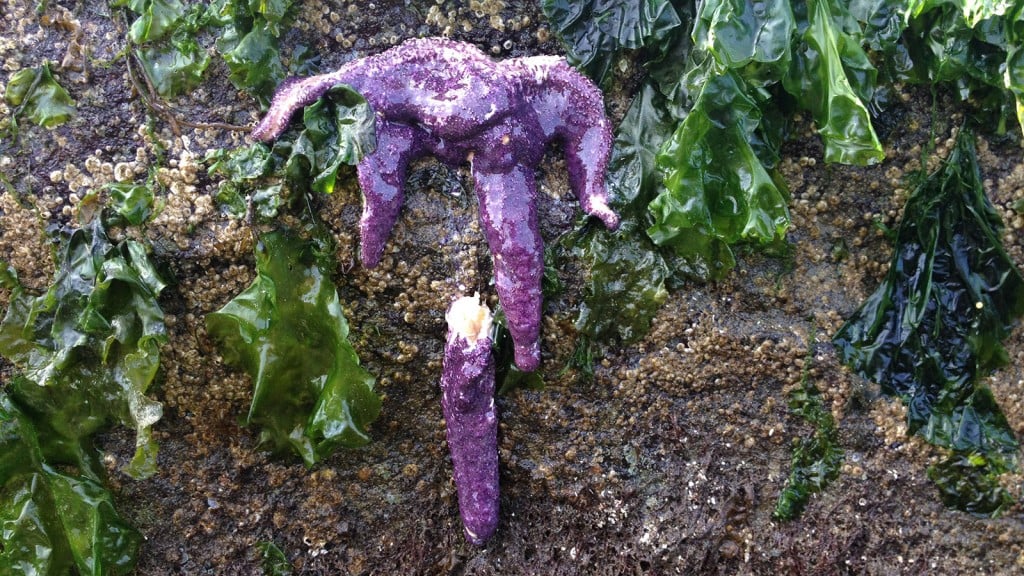 Shot in Yellow Point, which is about a 30 minute drive south of Nanaimo on Vancouver Island, BC. Photo shows a sick purple ochre sea star which has dropped one of its arms.

VANCOUVER – Scientists have cracked the mystery of what has killed millions of sea stars in waters off the Pacific coast, from British Columbia to Mexico.

He says the virus literally made sea stars dissolve within two to 10 days after infection, leaving them in a pile of goo on the ocean floor.

Related reading: B.C.’s starfish are dissolving into goo, and no one knows why

Hewison, who is the lead author of a study published in the Proceedings of the National Academy of Sciences, says samples taken from sea stars preserved in museums on the West Coast showed the virus existed as far back as 1942.

He says the wasting disease hit at a time when the number of sea stars inexplicably exploded, with divers reporting mountains of the creatures in the ocean, suggesting such close contact led the virus to spread rapidly.

Over the past 18 months, the virus has also sickened sea stars at aquariums in Vancouver and Seattle, from water piped in from the ocean.