Col. Chris Hadfield—the guest editor of our special space issue—picked this week's cover. See if your choice matches what the spaceman chose

The universe: It’s a vast, unknowable frontier. But that won’t stop Maclean’s from explaining what we do know—from the fascinating history of the spacesuit to the geopolitics of space. And we’ve found the best possible guide: Col. Chris Hadfield. The former commander of the International Space Station and the first Canadian to walk in space served as guest editor for a special space issue of Maclean’s, out on newsstands and Next Issue this week.

In his role as editor, Hadfield selected this week’s cover. He had six options from which to choose. Put yourself in his shoes and choose your favourite from the options below. (Scroll down: There’s a poll just beneath the cover images.) Click here to find out which cover Hadfield ultimately chose, and why. 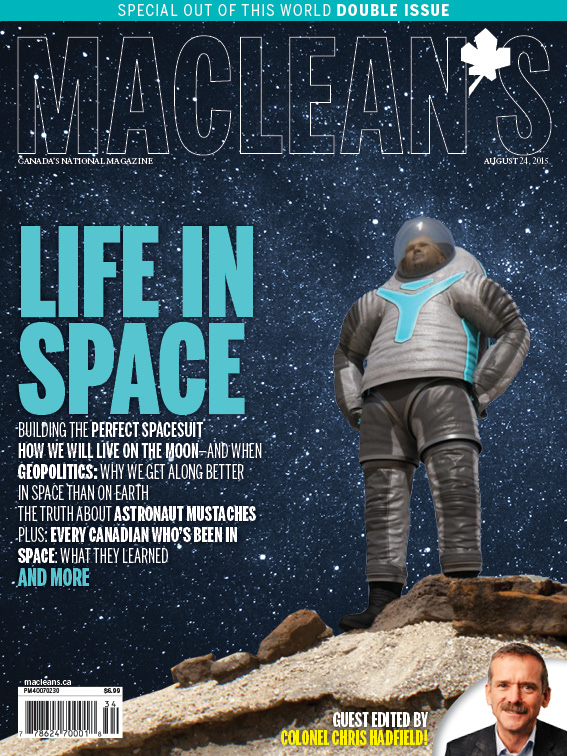