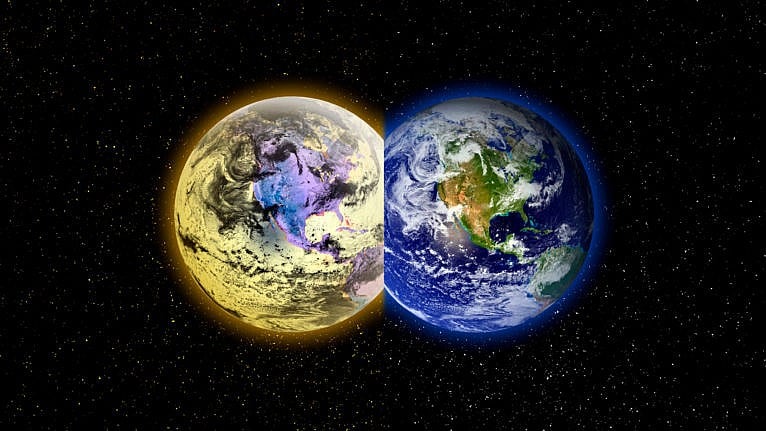 A random number is printed on the copyright page of theoretical physicist Sean Carroll’s 2019 book Something Deeply Hidden. In our universe, each copy of the book shows that same number: 756,132,390,815,553. But that’s just one of more than a quadrillion numbers that his quantum random number generator could’ve produced—and Carroll claims that a new universe was created for each outcome. In each of the realities that his quantum computing spit out, there’s a different number printed in his book.

That might sound like science fiction or something straight out of the Marvel Cinematic Universe—and, hey, Carroll was a scientific consultant for Avengers: Endgame—but his work represents a legitimate if controversial school of thought in modern science. Multiverse theory is not strictly “scientific” because, for now, it can’t be empirically tested. It’s a little closer to philosophy, says Almog Yalinewich, a postdoctoral fellow in astrophysics at the University of Toronto. But the idea of parallel universes does do a lot to “alleviate inconveniences” in scientific study, he explains, like theoretical time travel paradoxes.

Many modern physicists think about a multiverse in the context of the “many worlds” theory of quantum mechanics. The theory tries to explain the behaviour of subatomic particles, which can simultaneously exist in different locations at the same time. “If the multiverse is real, then branches happen all the time,” says Yalinewich. Someday, he says, quantum computing may be powerful enough to actually test whether it exists. But for now, credit comic-book cinema—like the upcoming 2022 film Dr. Strange and the Multiverse of Madness—for bringing the mind-bending “multiverse” to your attention.