The mystery of memory

Kate Lunau on the most famous neurological patient in history 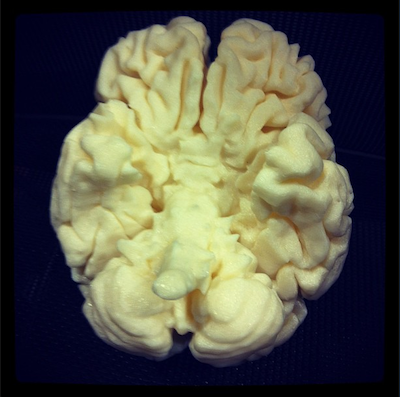 In 1953, at the age of 27, the man who later became known to scientists as “HM” lost his memory. Henry Gustav Molaison had suffered acute epileptic seizures, and as part of his treatment, he had part of his brain surgically removed, including much of the hippocampus. While the procedure helped alleviate his seizures, it left him unable to remember much of anything, including who he was. Before his death in 2008, HM partcipated in countless experiments, and helped give rise to an entirely new understanding of the human brain. At the AAAS Meeting, neuropsychologist Dr. Brenda Milner of the Montreal Neurological Institute and Hospital, who conducted pioneering studies of HM’s condition with her student Suzanne Corkin, discussed this famous case.

Before HM and the advent of neuroimaging, it was impossible to study the structure of a patient’s brain until he died, Milner pointed out. This made it very difficult “to tie brain structure to memory function.” HM, who could make no new conscious memories, taught us that damage to this region of the brain could cause amnesia, but also that “amnesia does not affect all kinds of memory,” said Corkin of MIT, sitting next to her. She talked about how he learned to use a walker to get around, “without having the awareness he learned it.” He also taught scientists it was possible to suffer profound memory impairment and to be a “very intelligent person,” Corkin said, adding that one of HM’s favourite hobbies was to do crossword puzzles.

Scientists are still unraveling the mysteries of memory. Howard Eichenbaum of Boston University spoke of his research into how neurons in the hippocampus encode memories: “time cells” (which record specific moments in time) and “place cells” (which fire when a person or animal is at a specific location) seem to link together and form their scaffold. Li-Huei Tsai, also of MIT, is studying how to recover memory once it’s gone. “Our brains can tolerate the loss of a substantial number of neurons,” she said. By prompting the leftover neurons to function at a higher level, by drugs or brain-training, “it is possible to reverse memory deficits.” As Corkin noted, exercise has also been shown to boost brain power.

Milner and Corkin spoke movingly about HM, the most famous neurological patient in history. “He was a quiet, friendly, pleasant person,” Corkin said, with a good sense of humour. “He smiled a lot.” He lived out his life in the care of family members, and eventually in a nursing home. Despite his inability to remember, “he was not unhappy,” Milner said. “I’m sure of that.”