Did you see it? What you need to know about #SuperBloodMoon 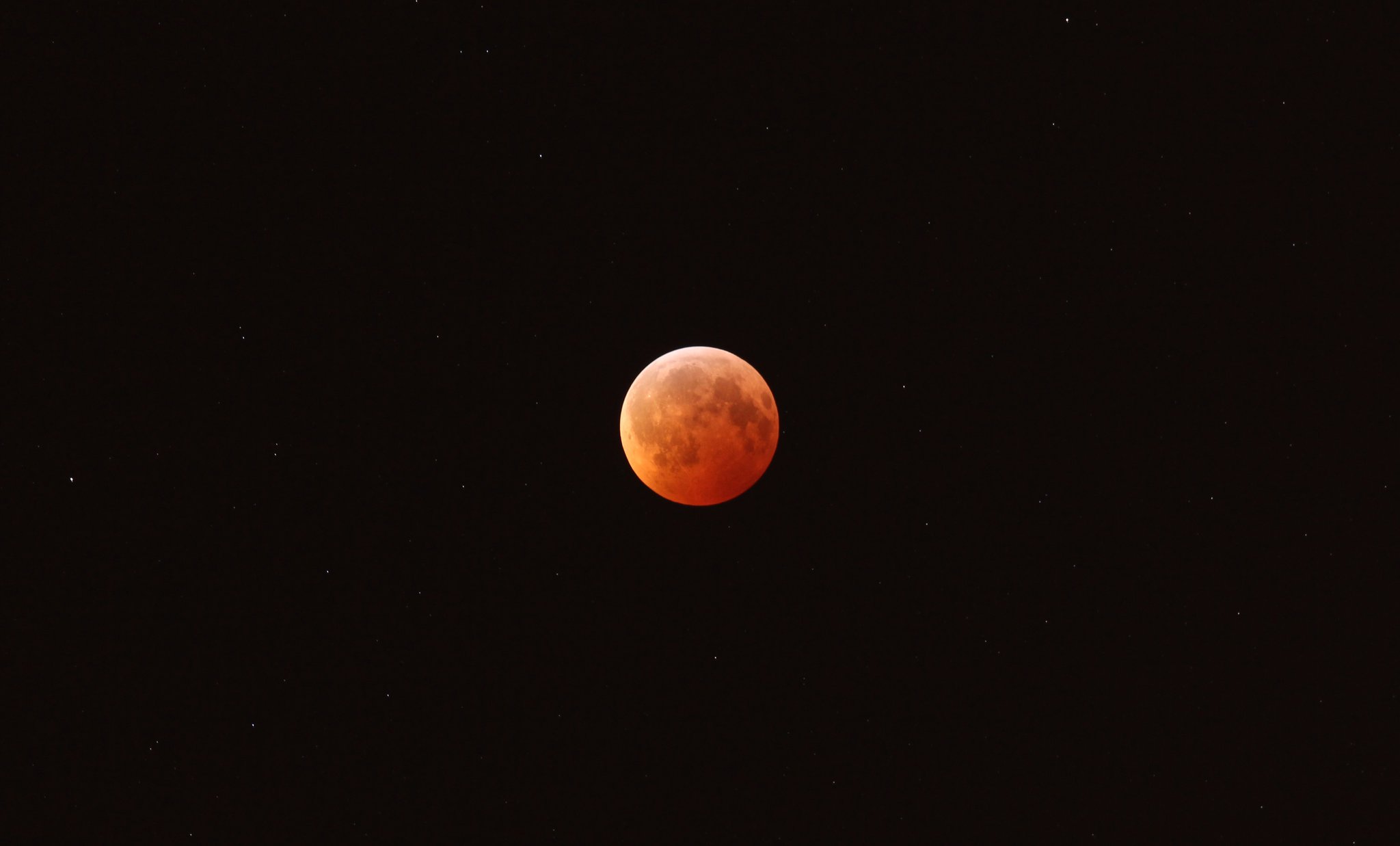 Look up at the sky on Sept. 27, and you’ll see a remarkable sight: a full moon, looming extra-large, and glowing bright orange or dull red “like a red-hot penny,” says Randy Attwood, executive director of the Royal Astronomical Society of Canada. Don’t panic, it isn’t the end of the world—just a lunar eclipse that coincides with the perigee of the moon’s orbit, the point when it’s closest to Earth. For almost two hours, the supermoon will turn blood-red.

It begins just after 9 p.m. Eastern, when a “little bite” will appear in one side of the moon as Earth’s shadow moves across its face, Attwood says. By 10:11 p.m., the entire moon will be a glowing red orb. How to explain that colour? Sunlight is refracted around the Earth’s edge by its atmosphere, causing “all of the light from sunrises and sunsets to fall on the moon,” he explains, and bathing it in red. It will last an hour and 12 minutes, plenty of time to soak up red moonlight, and post #SuperBloodMoon pictures to Twitter and Instagram. Viewing parties are planned across the country. (Attwood recommends checking with museums and science centres, as well as local RASC centres.) All that’s really needed, though, is a lawn chair and maybe a pair of binoculars—not to mention clear skies and, for now, the forecast in many parts of the country looks good. Those who are stuck inside for this rare supermoon eclipse can still watch it on NASA TV.

This is the last in a series of four lunar eclipses—a tetrad—that began on April 15 of last year. That in itself is a special event. “We’ve had four in a row visible from Canada,” Attwood says. “I don’t remember that happening in my career.” Unlike watching a solar eclipse, the lunar eclipse is completely safe to view, and will be visible across North America and beyond, briefly uniting millions of people as their eyes are drawn up to the sky.