What will it take to save the ocean from unrelenting human harm? 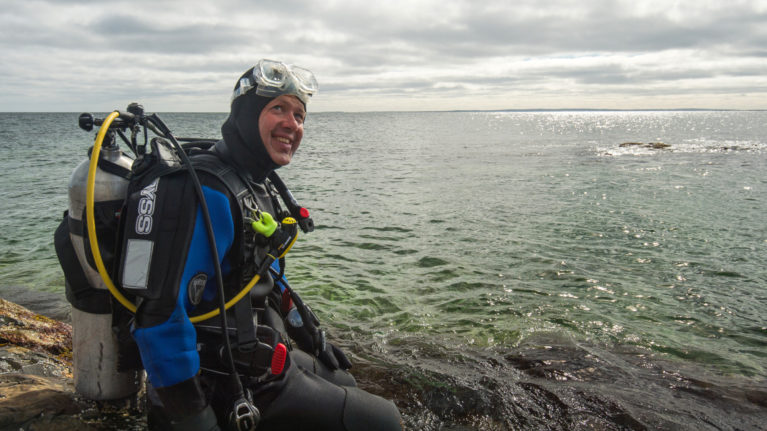 A few years ago, discouraged by the mess the ocean is in, Boris Worm took a trip to the coral reefs of West Papua, Indonesia.

He expected the worst. Those reefs, where marine life congregates like nowhere else on earth, had been hammered by people doing a spate of awful things: dynamiting for fish, slicing fins off live sharks, poaching turtles, catching way too many fish. Not to mention the dearth of government policies to protect this exceptionally rich part of the ocean.

Instead, Worm, a professor in marine conservation biology at Dalhousie University in Halifax, got a shock. Despite the problems, marine life was returning to the reef. When he dug into the reasons, Worm discovered one key catalyst for the change: a program to teach kids in West Papua how to care for ocean life, delivered by boat to every community.

“It really made me believe in people again,” he says from his home on the Atlantic Ocean near Halifax. “We’re not inherently destructive.” 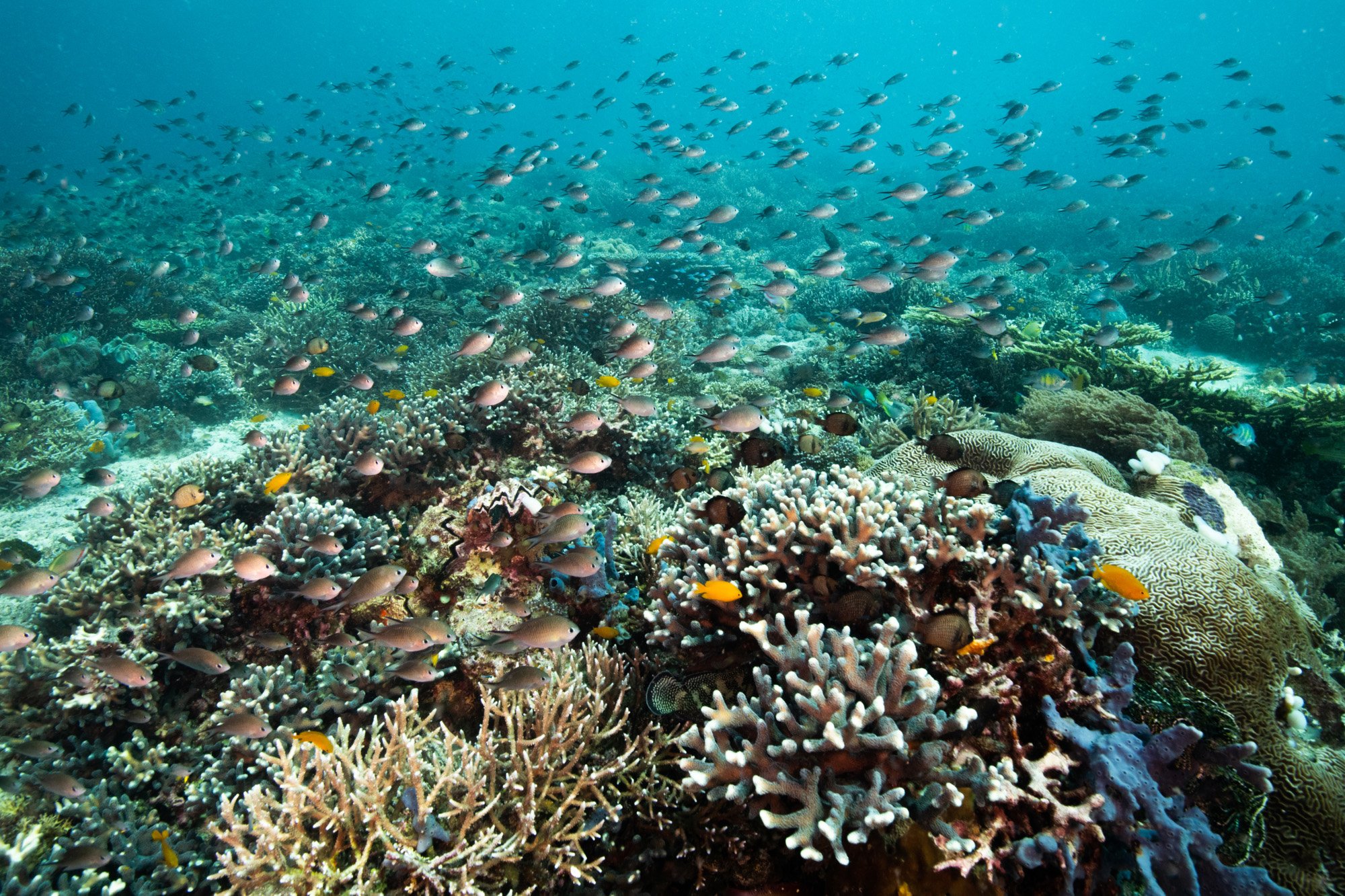 On a trip to West Papua a few years ago, Worm was shocked to find life returning to the coral reefs; a key catalyst was an ocean-care program for kids (Nick Hawkins)

It was an epiphany. Worm, one of the world’s most famous marine ecologists, has spent a career chronicling the manifold ways humanity is harming the ocean. His most sensational paper, which he still refers to as “the crazy paper,” explained for the first time in 2006 that fishing practices all over the world were endangering the ability of the ocean to support life. If those practices kept up, he and his co-authors prophesied, fisheries would collapse by 2048.

The paper led to mentions on late-night talk shows, op-eds in more than 100 newspapers and the overwhelming public sense that the ocean was doomed. It also caused controversy. Worm’s response was to work with some of his most vociferous critics to produce a blueprint in 2009 showing how to rebuild fisheries around the world.

Then he and other marine scientists began chronicling more ocean success stories. They thought: Why not see what it would take to restore the whole ocean to health? The result is a study perhaps more shocking than any other he has been involved in: a paper published in April that says the global ocean can heal by 2050. The caveat: humanity must quickly implement a suite of carefully thought-out actions.

“We really do have the capacity to bring the ocean back to life,” Worm says. “The ocean has greater resilience, inherently, than we thought.”

Restoration has happened before. Worm and his co-authors tracked how fish came back to the seas during WWI and WWII, when fishermen had to leave their boats at dock, as well as the astonishing rejuvenation of corals in the Marshall Islands after dozens of nuclear tests ended in 1958, and the dramatic recovery of the vast dead zones in the Black and Adriatic seas once the Soviet Union collapsed and no longer supplied crop fertilizers that caused algal blooms to suck breath from the waters.

But it’s not just happenstance that leads to recovery. Some encouraging signs are the direct result of policies and conservation measures. Humpback whales, no longer hunted for oil, are having a baby boom. Northern elephant seals, those floppy-nosed bellowers once down to a handful of breeding pairs, are on the rebound now that they’re protected.

In Eastern Canada, grey seals, rare after commercial sealing in the 20th century slashed their numbers, are back in force. And Canadian marine protected areas, uncommon when Worm’s “crazy paper” came out, now cover 14 per cent of ocean waters. That figure is on track to more than double by 2030.

“If you look at the data, the successes are becoming clearer and clearer,” says Nancy Knowlton, emerita scientist at the Smithsonian Museum of Natural History. She researches coral ecology and is a co-author on the 2050 recovery paper. But even as successes mounted, public anguish over the state of the ocean did, too. This paper, she says, is an attempt to shape a more hopeful narrative of the sea.

The paper came out just as the pandemic was beginning—and was written long before—yet tentative indications of how the ocean could heal are emerging as so much human activity screeches to a halt.

For example, daily carbon emissions have fallen off sharply—at least for now. A recent study by Corinne Le Quéré of the University of East Anglia in the U.K. put the drop at 17 per cent by early April compared to last year’s average. Roughly half of that dip came from reduced transportation. Overall, emissions are likely to be up to seven per cent lower this year than last, Le Quéré found.

Marine scientists are keenly monitoring that trend. The growing carbon load in the atmosphere from burning fossil fuels is the biggest threat to the health of the ocean. Carbon heats the ocean, drives out its dissolved oxygen and acidifies the water. That triumvirate is deadly, making it difficult for creatures to rear young, find food, escape predators and make shells. And even as daily emissions fall, the overall concentration of carbon in the atmosphere recently reached a new modern high of 418 parts per million, compared to the normal 280.

“Climate change is the critical backdrop against which all future rebuilding efforts will play out,” the paper says.

The pandemic has also stalled the fishery in parts of the world, keeping marine life in the water.

“We can see where this is going. It’s good for fish in the short term,” says Rashid Sumaila, an economist who is a professor at the Institute for the Oceans and Fisheries at the University of British Columbia.

But what’s good for fish can also be painful for those who depend on fishing them. In Canada, Prime Minister Justin Trudeau recently implored citizens to enjoy a fish fry or savour a lobster dinner to shore up the struggling industry. In South Africa, out-of-work fishermen are taking it on the chin, Sumaila says. And it’s unclear what will happen once fishing resumes. Fishermen in some parts of the world may demand bigger boats to make up for lost time, he says.

“It all depends on what lessons we learn from this,” Sumaila says.

Plastics, for example, long seen as the scourge of the sea, have had a public relations upgrade during the pandemic. Now, single-use plastics are cherished as life-saving personal protective equipment. Even plastic shopping bags are back in vogue.

For now, though, the ocean is quieter, a bonus for marine animals, Worm says, citing underwater listening studies. And Knowlton says anecdotal evidence is that animals, typically afraid of humans, are swimming closer to shore these days, allowing us to see them for the first time. Endangered sea turtles may be on track for a bumper nesting year, too, as humans stay off the beaches.

“They may have a window of opportunity to boost their numbers,” she says, adding that the tragic human fallout from the pandemic overshadows any possible silver lining for the ocean. “This can’t be the solution.”

She points out that as scientific researchers are forced to stay home, it’s hard to know exactly how the pandemic is affecting marine life. Scientists are seeing projects postponed that have been years in the planning. Some ocean-bound studies that collect ocean data every season will simply miss out this year, leaving gaps in the numbers.

Still, neither the hopeful road map of the 2050 paper nor the small improvements in the ocean’s health during the pandemic mean the marine sphere is out of trouble. The paper makes clear that humanity will need to make immediate, far-ranging changes if marine life is to recover.

And spend money. The study puts annual costs at up to US$20 billion to restore habitat and extend protection measures across more of the ocean. But it says this “grand challenge for science and society” will produce 10 times more in financial returns and generate about a million jobs. Rebuilding the fisheries alone stands to increase profits in the global seafood industry by US$53 billion a year.

In the meantime, Worm has taken a page out of West Papua’s book. When he returned home after his fateful first voyage there in 2010, he launched Ocean School in concert with the National Film Board. The program takes students on virtual reality voyages of discovery deep into the mysteries of the ocean, teaching them about marine life and conservation. Worm reasoned that if Indonesian children can help save the ocean, children of other nations can, too.

“I thought, why the hell aren’t we doing something like that in Canada?” he says.

In November, Worm was in West Papua once again. He got another surprise. Despite all the assaults humans had thrown at it, the reef had rebounded even further. Large fish were back. And so were turtles and sharks. It was, he says, flourishing.

This article appears in print in the July 2020 issue of Maclean’s magazine with the headline, “An ocean of hope.” Subscribe to the monthly print magazine here.