Why gratitude could be good for your health

Humans are hardwired to see the negative in life. But growing research shows feeling grateful can boost health, grades, and even brain function. 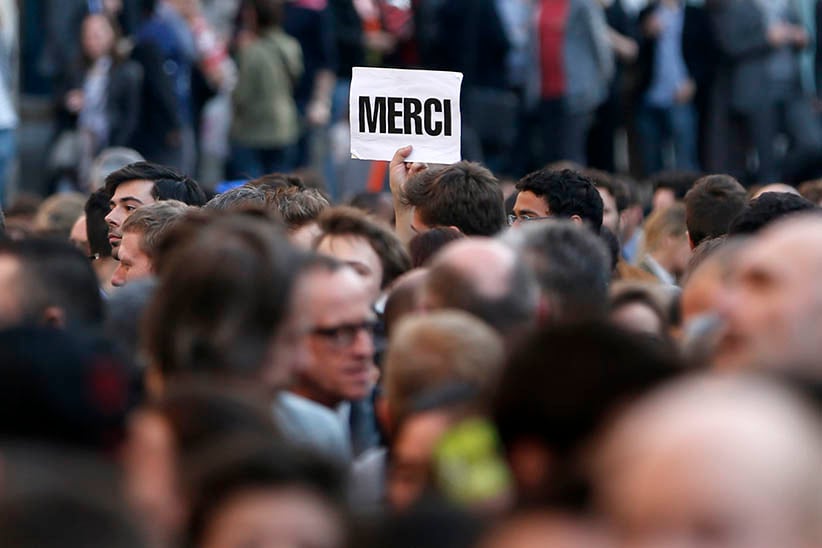 On New Year’s Eve a couple of years ago, Janice Kaplan gathered in Times Square with her husband and a million strangers. A woman turned to Kaplan, a journalist based in New York City, and mused, “Why pretend anything is going to be different just because a ball dropped?” The woman’s flip remark reverberated with Kaplan, albeit in a surprising way. “I knew that how I felt about the 12 months ahead would probably have less to do with what happened than with the mood, spirit and attitude I brought to each day,” Kaplan reflected. She’d recently left a high-profile magazine job and accepted an opportunity to conduct a study on gratitude for the philanthropic John Templeton Foundation. Kaplan’s research exposed a “gratitude gap”: nearly all participants believed that grateful people are “more fulfilled and lead a richer life,” but fewer than half reported being grateful regularly.

The notion that we should appreciate what we have is widespread and long-standing, with everyone from Jesus Christ to the Dalai Lama to Oprah extolling the virtue. What started out as a theological notion has been co-opted by a secular culture, but that hasn’t made gratitude any easier to internalize. So Kaplan turned it into a full-time job. The resulting book, The Gratitude Diaries: How a Year Looking on the Bright Side Can Transform Your Life, describes how Kaplan learned to “reframe” the way she thought about her husband, children, finances, career, even food and exercise—to focus more on the good in front of her than on the bad frustrating her.

It’s an idea entrenched in the emerging science of gratitude, pioneered by American psychologist Robert Emmons, who is featured in the book alongside many other researchers. In fact, Kaplan’s experiences dovetail with recent work by trail-blazing neuroscientists, cardiologists, psychologists and educators that reveals the direct effects of gratitude not just on happiness, but on romantic relationships, health and brain function. Gratitude can reduce symptoms that exacerbate diseases, and in children and youth, it can help develop self-awareness and community-mindedness, even boost academic performance. 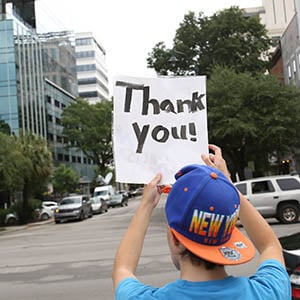 To reap these benefits, however, people will have to fight an evolutionary battle. “Our brains were designed to see the negative,” says Louisa Jewell, president of the Canadian Positive Psychology Association. “In the caveman days, we were always scanning the environment to see if there was an animal lurking.” If a berry had made someone ill, an innate negativity bias meant humans could catalogue that information as a means of survival. Negative experiences weigh more on the minds of humans than positive ones, so much so that some psychologists have estimated it takes three good emotions to balance out a single bad one.

Given this, it’s no surprise people struggle to “see the bright side,” as Kaplan puts it. Before adopting a more grateful disposition, she’d get angry when her physician husband worked long hours. Every time they went over the household budget, she would exclaim, “Is that all?” Evolution aside, there is a physiological reason it’s hard to see the upside of obstacles. Adam Anderson, a neuroscientist at Cornell University and former Canada Research Chair on affective neuroscience, which examines the brain mechanisms of emotions, has found that negative experiences actually restrict humans’ ability to think in fresh ways. “Positive emotions, on the other hand, activate neural circuits related to novel, creative thought processes,” he explains. “They allow you to take on new perspectives.”

Anderson’s recent research suggests gratitude also has the extraordinary ability to make good feelings last longer. When a person has a positive experience—say, eating chocolate— the brain’s reward circuits become activated, eliciting pleasure. But that will only last as long as the chocolate; pleasure is a fleeting sensation. “[It] is not enough for you to reframe your life,” says Anderson. “[You need] pleasure plus this other level. Now, if an individual reflects on how that pleasure came about—imagine the chocolate was a gift from a friend—and they feel thankful, that triggers another neural circuit associated with social cognition, or how humans think of others. This area in the midline of the brain is linked to enduring memories. As people build up a reserve of positive memories through gratitude, they have an easier time seeing that proverbial bright side. “There is a biological underpinning to the psychological state,” Anderson says. “You can change the circuits in your brain that represent who you are.”

Related: Are habits the secret to happiness?

That biological understanding of gratitude is catching people’s attention. Feeling good is more than a state of the mind; it’s happening in the body. A recent study published in the journal Spirituality in Clinical Practice found that asymptomatic heart failure patients who scored high on a gratitude assessment test experienced better mood and sleep, more confidence in their ability to maintain their cardiac health, and less fatigue than heart failure patients with a low gratitude trait. Most stunning of all: blood analysis of the patients revealed gratitude was associated with lower inflammation in the body. Inflammation worsens heart disease, so a reduction is promising. Now the researchers are conducting a follow-up study to determine whether the act of keeping gratitude journals—an ongoing written record of things you’re thankful for—further enhances health outcomes, as their preliminary work suggests. If so, says Laura Redwine, one of the study’s primary investigators at the University of California, San Diego, that may benefit cardiac patients—and perhaps people with other inflammatory diseases such as diabetes.

Gratitude diaries proved useful to Kaplan, but so did her decision to stop complaining: she made a mental game of finding the “positive twist” to every situation. Early one morning when she awoke to the sounds of her husband rushing to dress for work, instead of snapping or rolling over, she complimented his looks. The next time they sat down to talk about money, Kaplan suggested they start by choosing to give some away. The key to cultivating gratitude, says Anderson, is to practise when you are in a positive headspace—when those social cognition circuits so important to new ways of thinking are alert. These small shifts by Kaplan created a positive dynamic between the couple that they then reflected out into the world. “I was stunned,” recalls Kaplan. “Even in that first month, our marriage started to change.” 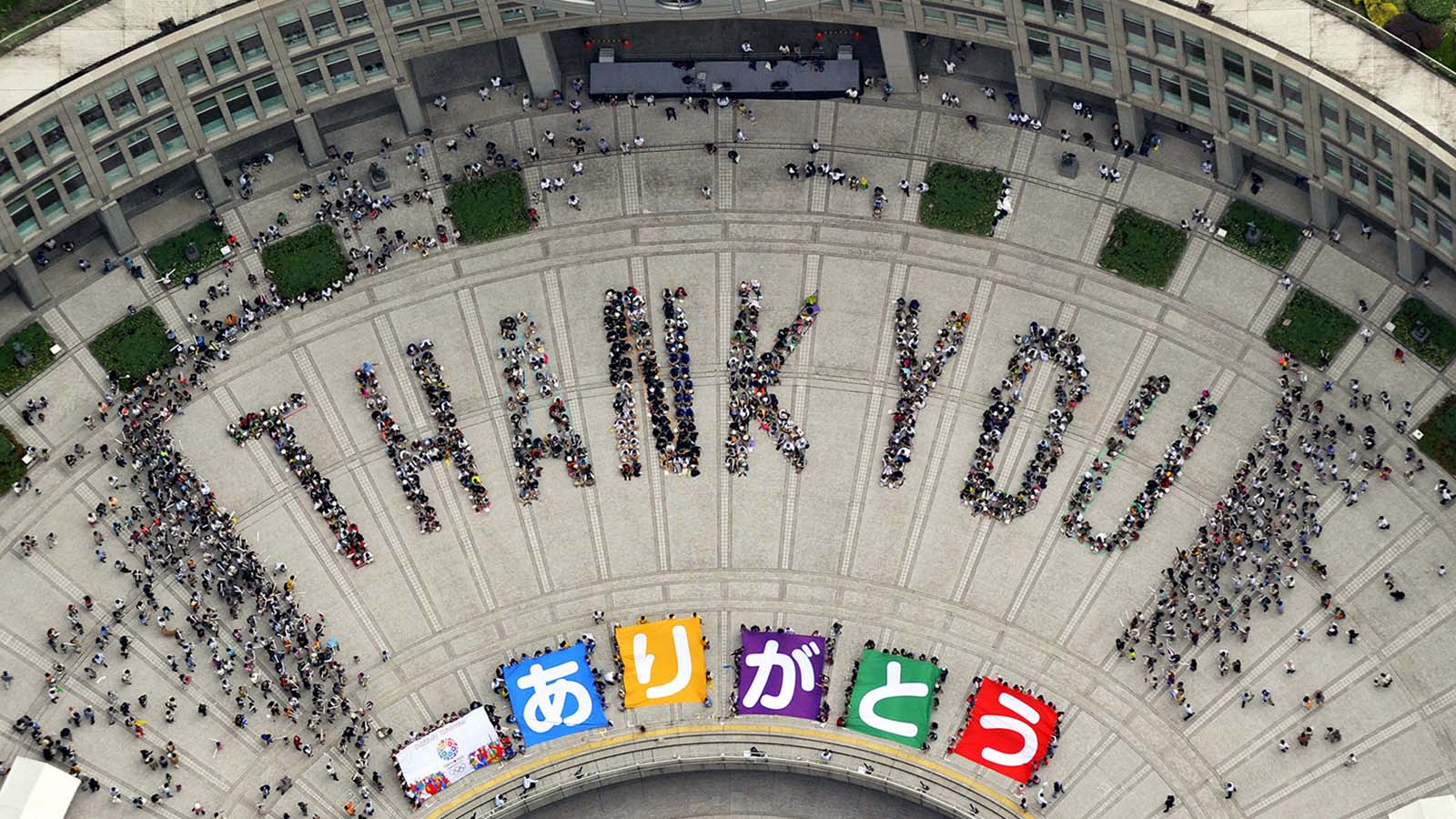 That’s in keeping with the work of Sara Algoe, a psychologist at the University of North Carolina at Chapel Hill, who crafted the “Find, Remind and Bind” theory. It diverges from the traditional way of seeing gratitude as an economic exchange—you did something nice for me, so I’ll do something nice for you—toward a more “communal” view: doing things for people because you “mean it,” as Algoe puts it, without expecting anything in return. Explains Algoe: “This approach suggests that one person’s gratitude could actually strengthen the relationship for both people in the pair.”

A person experiencing gratitude is reminded that the giver is a good social partner, which binds their connection. “There’s potential for one person’s emotional response of gratitude to kick off this cycle.”

That potential to create a “self-sustaining” system of goodwill excites Yarrow Dunham, a developmental psychologist at Yale University. Especially if it could be applied within the most emotionally delicate of social networks: kids at school. When kids construe positive behaviours like sharing as obligatory—say, obeying the teacher’s orders—rather than voluntary, it means less to them. (That’s also how parenting is usually viewed, as a duty rather than a sacrifice, which explains why so many moms and dads feel unappreciated by their children.) Dunham says children may not begin to grasp the nuances of gratitude until about age eight or nine; before then, they are more results-oriented. (They are happy to receive a fun toy, not really thankful for it.) “If we can reliably elicit gratitude in kids and lead them to be more pro-social and generous towards other kids,” Dunham says, “there’s a cascade.”

Related: Are we on the cusp of a revolution in brain science?

That’s partly the idea behind “character education” programs popping up at schools. Over the last few years, Laurie Fraser, a teacher at Upper Canada College in Toronto, has introduced students to gratitude journals and giving thanks for “what was good” at the start and end of each day. “Kids can feel isolated and alone,” she says.“If they understand gratitude, it helps them recognize their link to other people.” Recent research shows gratitude has also been associated with higher grades, and less depression in teens. Adds Dunham, “These are habits of mind and habits of emotion. The hope would be that if we can get started earlier, we have to do less work as grown-ups.”

It might have saved Kaplan a year’s worth of self-experimentation. It wasn’t long after she had submitted the manuscript for Gratitude Diaries to her book editor that Kaplan’s sense of thankfulness was tested. Lying on the bathroom floor, Kaplan was sick to her stomach from something she ate. Between the uncomfortable aches and urges, Kaplan found herself thinking, “I’m so glad it’s food poisoning because I’ll be fine by tomorrow and it’s not something worse.” She started to laugh. “I thought, ‘Okay, you’ve gotten to the point where you are grateful for food poisoning!’ ” Absurd as it sounds, Kaplan insists: “It did make that long night much more bearable.”