Your brain is flawed, irrational and paranoid. That's why it works.

The peculiarities that appear to make the human brain idiotic, says neuroscientist Dean Burnett, are part of what makes us function 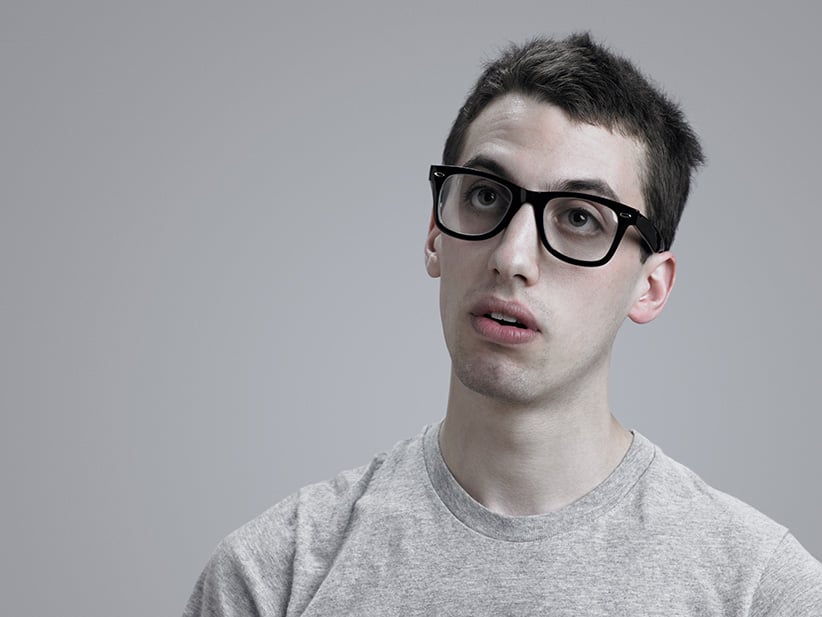 When British neuroscientist and comedian Dean Burnett was asked to write a book about how the brain works, by publishers who were impressed with his popular science blog for the Guardian newspaper, there was one condition: Burnett wouldn’t prescribe solutions for readers to overcome the range of quirks he knew would be uncovered. “The response I was going for was always, ‘Oh, that’s why that happens,’ ” says Burnett. “It’s like a self-awareness book—not a self-help book.”

Burnett has, by way of a joke, invented a new literary genre that he alone appears to occupy, which seems in keeping with his clever approach to writing and science. In The Idiot Brain: A Neuroscientist Explains What Your Head Is Really Up To, Burnett—who is based at the Institute of Psychological Medicine and Clinical Neurosciences at Cardiff University in Wales—manages to both confirm and disavow the common notion that the human brain is a sophisticated marvel. In fact, in some ways, the human brain is rather stupid. “All these weird habits of the brain affect every single person,” says Burnett. “These things have a massive effect on the world at large because everyone is using the same system to get things done.”

1. Your brain thinks you’re better than you are. Early on in the book, Burnett describes the incredible egocentric bias exhibited by the brain as a means of “making you feel and look as good as possible”—to the point of even modifying memories unconsciously. In effect, people unknowingly give themselves more credit than they’re due. But why? Burnett says given the number of decisions facing us every day, our brain requires an inherent confidence for us to be capable of actually making any choices. It’s a practical method for us to avoid paralysis. “A sense of self-worth and achievement seems to be integral to normal functioning for humans,” says Burnett. That is to say, insecurity undermines progress.

2. Your brain is paranoid by design. Humans, like all creatures, have evolved by way of a “primitive threat detection system,” Burnett says. But few of us live among nature like wild animals anymore. As such, “the term ‘threat’ is up for grabs now,” says Burnett, in describing the “smallest tip of the gargantuan neurotic iceberg” of worries taken up by our brain. “Now we can be afraid of things that are both unharmful in the physical sense and might never happen. We can still be afraid of them because that part of our brain doesn’t discern between real threats and imaginary ones.” The result is a modern plague: rampant anxieties.

3. That desire to be liked? It’s programmed in all of us. “The threat of not being liked poses no physical danger,” says Burnett, “but to our mental well-being and our place in the community it’s a proper danger because we could lose our status, support network [and] respect. These things matter to our big, lumpy brains.” In this sense, humans have hardly evolved despite surviving the era when we were perpetually stalked by toothy beasts looking for their next meal. As Burnett puts it, “Who needs predators when we have our expanded craniums to drag us down with persistent stress?”

4. All of our brains are easily manipulated. But one of the most fascinating revelations Burnett makes has to do with the extent to which the brain can be manipulated because of our desire to please others. Two phenomena demonstrate this perfectly. There’s the “foot-in-the-door” technique, “where agreeing with a small request will make you more amenable to a larger request,” says Burnett. You might first be willing to lend a friend bus fare, and next to pay for drinks at the pub, and finally you’ll take care of the cab ride home. A counterpoint is the “door-in-the-face” experience, where the guilt you feel about denying a request—such as loaning bus fare—leads you to acquiesce in other ways—like picking up the beer tab—as a means of making it up. “The brain is always looking for approval from other people,” says Burnett. “That’s an Achilles heel when it comes to affecting people’s behaviour or making them do what you want.” That fact can be perverted in all kinds of unsettling ways. In outlining the brain’s vulnerability to “group think,” Burnett says “worryingly often, our brains prioritise ‘being liked’ over ‘being right.’ ” So people will go along with an unthinking but influential crowd and engage in ideologies or activities they would never pursue by themselves for the sake of fitting in. “You can see it in many demonstrations. People in gangs, on both sides of war, terrorist stuff, the American elections,” says Burnett. “It’s really alarming.” In effect, our susceptibility to “group think” morphs into “group polarization” or, as Burnett says, “extreme divisions between two sides.”

MORE: Looking for happiness? Stop trying to be happy.

5. Take it easy on your noggin. While all of these peculiarities of the brain might appear to undermine its reputation as a genius organ, they are understandable—if not excusable. “Given the immense amount of things [the brain] has to do, it’s not going to get everything right all the time,” says Burnett. At any given moment, our brain is running our body while managing our mind and our heart—amid the cacophony of competing demands in an increasingly social and digital world. “To say [of the brain], ‘It’s crappy, isn’t it?’ or ‘It’s great, isn’t it?’ oversimplifies something which is so complicated,” says Burnett. In other words, both statements are true.