A Ford worker, she longed to get on the day shift so she could spend more time with her two children 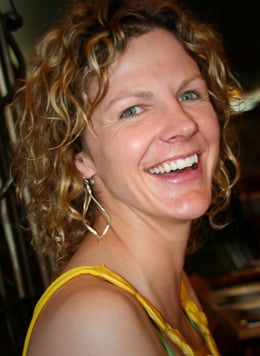 Shara Arlene Flanigan was born on Jan. 12, 1973, in Orangeville, Ont., the first of two girls to Patrick “Pat” Flanigan, a Ford worker, and his wife, Arlene, at the time a stay-at-home mom. Named after the title character of a Harlequin romance, Shara had blue eyes, tight blond curls and an easy smile that made her a ringer for Shirley Temple, despite being all gums until age one. Recalls Arlene, “I was panicking, thinking she wasn’t going to get teeth.” A well-mannered child who loved dresses and bedtime stories, Shara was also a natural athlete with an inherent fearlessness, says Arlene. An early propensity to “pump the living daylights” out of the glider on the family’s swing set later gave way to diving into swimming pools backwards and flying planes.

From the start, says Arlene, Shara and her sister were “amazingly close.” Tamara, who was two years younger and afraid of the dark, says she wound up in Shara’s room “pretty much every night.” After Pat and Arlene divorced in 1979, the girls moved often with their mom, but didn’t dwell on low points. Whenever they started at a new school, they’d swap progress reports at recess, and at Sunday mass, Shara would induce fits of “crying-laughing” by stepping on Tamara’s heels as they walked up the aisle to take communion, she says. Though they took the familial transitions in stride, including remarriages, half-siblings and stepsisters, the girls remained attached to their first home in Orangeville, where they stayed with Pat on weekends. Once, he took them on a tour of an abandoned house, which, says Tamara, gave them “the bug” to find other destitute properties and, later, scour real estate websites.

Even in high school, it was clear that Shara was “not an office person,” says stepmom Christiana. She gardened for her dad’s neighbours and waitressed at the Brampton Flying Club, where she also took lessons. A respectful teenager who “never talked back,” she hid her smoking habit from her mother until one day when, while driving in opposite directions, their paths crossed and she was caught in the act. “That was panic stations for her,” says Arlene. When she was old enough, Shara, who had a penchant for makeup, big hair and high heels, worked as a summer student at Ford’s Bramalea assembly plant near Brampton, where Pat had always worked.

Although she toyed with becoming a police officer or a stuntwoman after studying law and security administration in college, Shara was drawn to the stability of Ford. She began her tenure in 1997 on the evening shift, pulling parts from the Bramalea warehouse to send to dealers. Her wit endeared her to her co-workers at the plant, where, says Tamara, “the Flanigans are known.” As adults, the sisters spoke on the phone constantly, and “had a crying-laugh almost every week,” says Tamara, recalling their annual St. Patrick’s Day ritual, which involved elaborate costumes and closed with a raucous verse of Danny Boy.

Before Shara started at Ford, she married James Miller, a high school friend. Having always wanted kids, she took a full matenity leave when son Austin and daughter Renee were born. “They were first,” says Arlene. While at work, Shara got relatives to read them bedtime stories, and set her sights on getting on the day shift. Her marriage, however, wasn’t easy. As a child of divorce, she “worked to be able to say to her children she had tried,” says Arlene, but in 2004, things fell apart. James left, and Tamara, also in the aftermath of a breakup, moved in with her sister for several months.

Though Shara longed to be there to tuck her kids into bed, she remained upbeat. It was this “joie de vivre,” says Phil Bruyère, that first caught his eye at Ford. Despite her pledge not to go out with co-workers, when a mutual friend (who knew about his crush) invited them to Sauble Beach in July 2006, their connection was instant. A kiss on the lips after their first date earned Shara enduring teasing from Phil, who joked, “You were quick with me.” Changes at Ford, meanwhile, promised to bring even more improvements in her personal life. The company offered buyouts to its senior workers at the Bramalea plant last May; after the shakedown Shara was “thrilled” to discover her request to work days stocking the warehouse had been granted, says Phil. In September, the couple bought a home in Caledon East, which, says Tamara, “reminded us of the house we had in Orangeville.”

On Wednesday, Jan. 14, Shara rose early to make the kids’ lunches and lay out their clothes. She chatted with Tamara on the way to work, and again at 9 a.m. “We were laughing, and said ‘I love you,’ ” says Tamara. About 15 minutes later, an accident occurred. A Ministry of Labour investigation is under way, but reports indicate that Shara was operating a standing forklift when a heavy skid of auto parts she was moving shifted, crushing her. Shara was 36.