From an early age, she had a big personality and a love of drama. Itching for adventure, she travelled overseas to teach. 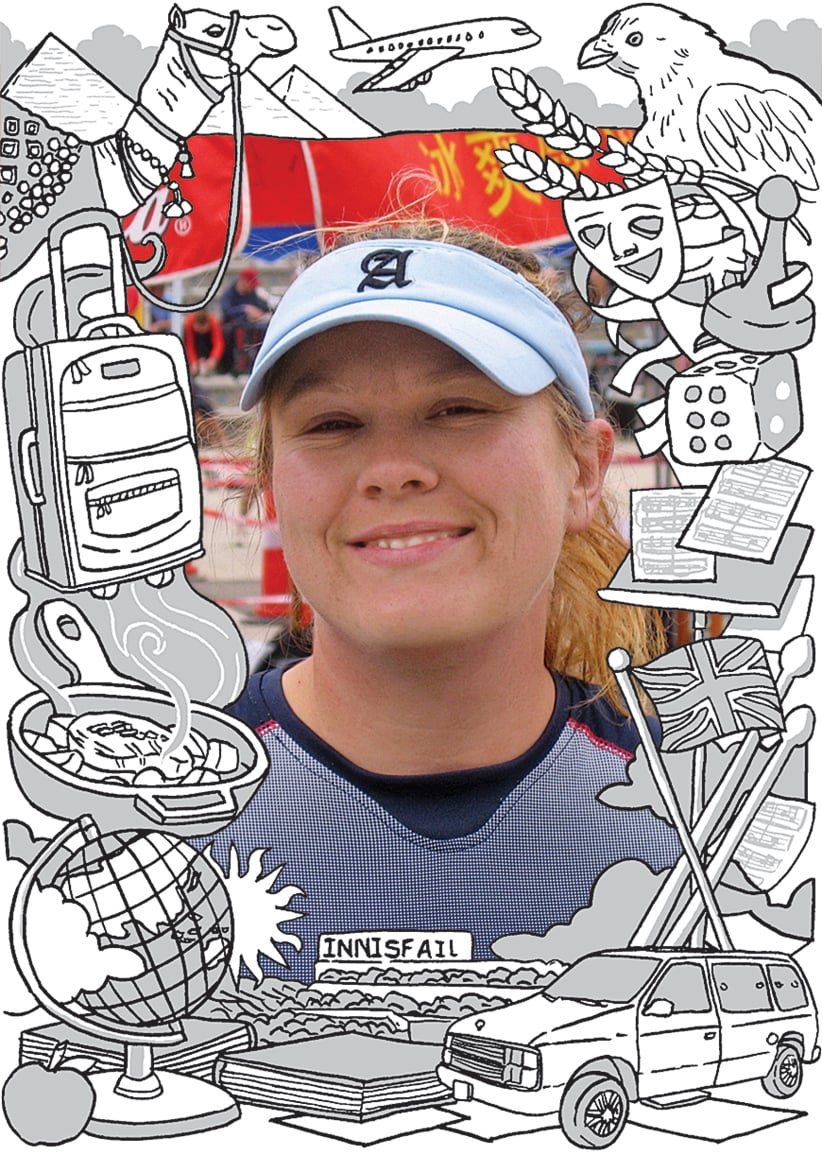 Sharon Holoboff was born Aug. 6, 1972, in High River, Alta. She was the last of six children—by nine years—of William, a farmer, and Hazel, a nurse. Sharon was tiny at birth, just over five pounds, but her lungs were plenty strong. As a colicky infant, she cried and wailed often. Soon, though, she grew into a bright-eyed “busy, delightful imp,” says her mother.

Until Sharon was two, the family lived on a mixed grain, chicken and cattle farm near Herronton, Alta., which William had taken over from his father. But, tired of farm life, he moved the family to Innisfail, north of Calgary, in 1974. A few years later, her parents divorced and Sharon grew up living alone with her mother. (By then, her older siblings had moved out.) Though outgoing and always full of smiles, Sharon could be highly sensitive, too. Conscious of her weight, she sometimes complained to her mother that she had no friends. But, recalls Hazel, “my basement seemed usually full of little girls, their Barbies and games.”

Sharon took dancing and singing lessons and had a lovely soprano voice. Starting in Grade 5, she played drums in the school band and acted in school plays and musicals. She first experienced travel to foreign lands on a band trip to Great Britain, where she caught a permanent travel bug.

“I think Sharon’s love of drama came from her big personality,” says her sister Joyce. “She was one of those people that, when she was in a room, you usually knew about it. She was a little bit louder, very energetic.”

In 1990, Sharon began a program in education at the University of Lethbridge. She maintained a tight bond with her mother; the two did several cross-country driving trips in an old Plymouth Voyager van. During Sharon’s first year at university, she often called her mom, choking back tears from homesickness. But she soon made many friends—as she always could—and partied so much, she had to take summer programs to make up for missed classes.

Her first year of teaching was in Olds, Alta. For the next four years, she taught English and drama in Sylvan Lake, Alta. A great cook, she often entertained teachers with dinner parties filled with games, music and laughter. But, says Joyce, Sharon itched for more adventure in her life.

Teaching abroad scratched that itch. Her first stint was at the American International School of Kuwait from 2000 to 2003. David Botbyl taught alongside Sharon and, later, was her principal at the school. Sharon, he says, was his son’s favourite teacher, “because she made him and others believe in themselves.” Her mantra with students was, “Get ’er done!” he says. She also immersed herself in local culture. “She didn’t do crazy, risky things,” says Joyce, “but she rode her share of camels and donkeys.”

Through an Internet connection suggested by a friend, she met a U.S. Army member named John, who was serving in Kuwait. Sharon fell in love and he seemed to, as well. In 2003, they planned to marry in Innisfail before moving to Italy, where John was being posted. Sharon, happily planning the wedding, arrived in Alberta first. But John was a no-show on the day he was due to arrive. Concerned for his safety, Sharon tracked down his father, only to learn John was already married with three kids. “I saw her heart break that year,” says her mother. “Her anger and anguish were terrible, and I held her as she wept.”

Sharon stayed at home in Innisfail that year to heal, subbing at local schools. In 2004, she left to teach in Qingdao, China, then returned to Kuwait in 2007. In 2013, she achieved a longtime goal of teaching in Africa, with a job at the American International School of Mozambique. “Sharon, wherever she was,” says Joyce, “tried to instill in the kids that she taught how privileged they were.” In Africa, she took her students to nearby impoverished schools to help build better classrooms.

On June 15, Sharon returned home to Innisfail. By June 18, she felt ill, attributing it to jet lag. A day later, on a trip with her mother and a sister to Montana, she began to suspect she had malaria. Returning to Innisfail on June 22, she went straight to the hospital, where a doctor confirmed it. That night, Sharon became delirious, was transferred to a hospital in Red Deer, then, when her condition worsened, to Calgary. On June 25, she died from complications of malaria. She was 42.