A ‘wild-child’ with a compassionate heart and 70 tattoos, she loved risk-taking and joined the Reserve as a teen. She found her calling as a paramedic. 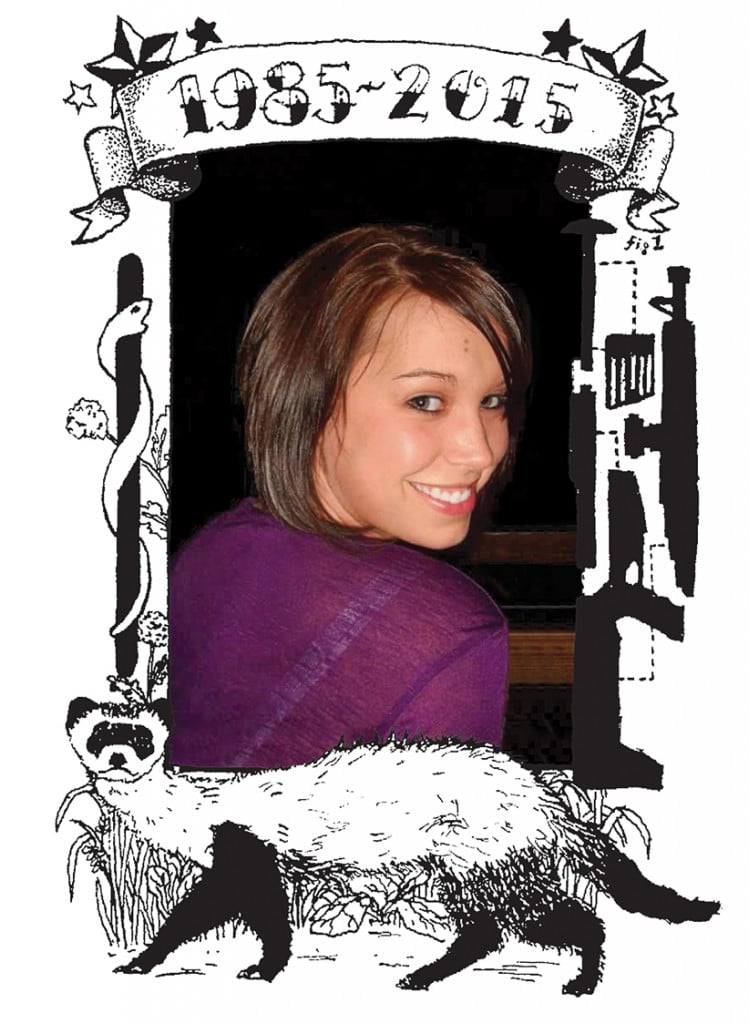 Shauna Lyn Fehrman was born on April 3, 1985, in Hamilton, close to Nanticoke, where her father Mike, a bricklayer and house builder, and mother Cindy, a home-maker and secretary, lived. Shauna had an older brother, also named Mike, a passive, easy-going kid, but “Shauna was my wild child,” says Cindy. “As a toddler, from the time she walked, you couldn’t stop her.” Active, curious, always running around, “You had to be on your toes,” she says.

A stubborn streak would always be part of Shauna’s temperament, but so would a beaming smile, even in adversity. “She wouldn’t give up on anything,” says her brother. “If you told her she couldn’t do something, then she’d go do it just to prove you wrong. Even if that thing really didn’t interest her.”

She made friends easily; some of them were animals. One day when Shauna was about 10, her mother spied a mouse running through the house and tried to catch it. Shauna confessed she’d been keeping the mouse in a doll’s bed in her bedroom. She’d found it outside, recalls Cindy, “and thought it needed rescuing.” The family had the usual collection of dogs and cats, but in the basement, there were also some 30 ferrets, which Cindy raised with Shauna’s help in order to sell them, though a few were brought upstairs as pets. For a time, Shauna volunteered at a veterinary clinic and she considered becoming a veterinary technician. Later in life, she would send best friends daily cat memes on Facebook.

Shauna was a bit hard to control as a teenager, her parents admit, and often went partying without telling Cindy and Mike where she was going. “We joked with her one time about sending her to a boot camp for bad kids,” says her father. “That didn’t fly with her.” But at 16, she shocked her parents by joining the Army Reserve. She loved it instantly. At Waterford District High School Secondary School, students in English class had to write papers on something each loved to do. Shauna, recounts Cindy, “explained how you take a rifle apart and put it back together.”

She first served with the 56th Field Artillery Regiment in Simcoe, later moving to Brantford to serve with an RCA battery there, training on C-3 Howitzers and driving 2.5-ton trucks in preparation for possible deployment to Afghanistan. She never deployed however, because her grandmother, Nancy Fehrman, to whom she was close, became seriously ill.

At 18, pondering a full-time career in the military, Shauna went to boot camp at CFB Petawawa. Male trainees razzed her that a female couldn’t make it through the course. Her brother Mike remembers Shauna coming home with her ankles torn raw and bleeding. With such injuries, he says, “The [military] doctors told her she could leave camp.” Shauna refused to give up, and made it through.

Her high tolerance for pain was also evident from the more than 70 tattoos that covered her body, including some in sensitive areas. There were stars inked inside her bottom lip and a Cadillac insignia on the bottom of one foot (she dreamed of owning a Cadillac XLR sports car). She and her mother had matching hearts on their wrists.

There was an owl tattoo which, her brother says, represented both wisdom and independence from men. With her striking looks, long raven hair and a body honed by cross-fit, Shauna had plenty of boyfriends but she never had a long-term relationship. “She was too independent for most guys,” says Cindy. She was also an adrenalin junkie. Her brother remembers that the day she got her Suzuki GSX-R600 motorcycle, she took it out and hit over 250 km/h.

Shauna never did join the Army full-time. At 27 she left the Reserve, determined to become a paramedic. After graduating from CTS Career College in Barrie, she moved to Alberta to look for a full-time job. She worked in Fox Creek with Scott Safety Supply Services, which supplies oil companies with paramedic services.

Shauna never lost her taste for adventure—last April she travelled to Nicaragua to train new paramedics there—but her new career at least tempered her risk-taking, says her brother. She began to scold her friends if they drove and texted, or didn’t buckle up.

On Aug. 7, Shauna was near Rocky Mountain House, Alta., mudding with a friend in a side-by-side ATV she was driving for the first time. She attempted a U-turn and the vehicle rolled. Her seat-belt buckle, contaminated with mud, released and Shauna was struck in the head and trapped. She died Aug. 13. She was 30.