Should doctors be paid a premium for assisting deaths?

Physicians can make more doing paperwork than performing this legal, but emotionally demanding, service. For many, it's just not worth it. 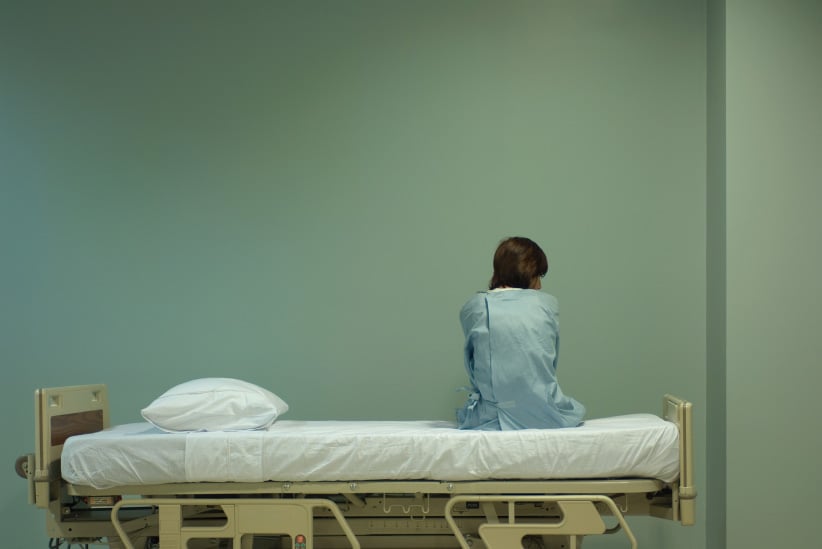 Back in March, Dr. Tanja Daws took time off from her family practice to travel from B.C.’s Comox Valley to a remote community on Vancouver Island and provide an elderly patient who was dying and suffering with medical assistance in dying (MAID). After the five-and-a-half hour endeavour, which involved some of the most emotionally and technically difficult work Daws has ever done, the physician calculated that, after factoring in her staffing costs and other office expenses, she had lost about $28 for every hour she worked.

“It struck me that I can’t keep doing this,” says Daws. “I can work for nothing, but I can’t work for a loss.”

Daws was among the first assisted-dying providers in Canada and had been a vocal advocate for the service long before it became legal 13 months ago. For the first six months the law was in place—before the province had formal fee codes for how doctors would be paid—Daws and the other seven early providers in B.C. worked for free, assuming that they would be paid retroactively, and fairly, for their work. But that hasn’t happened, and providers are losing faith that it will.

At least one doctor in B.C. has taken his name off the list of MAID providers altogether, and a number of physicians have stopped traveling to provide the service. Now, as the most staunch supporters of physician-assisted dying are avoiding taking up the work or putting an end to doing it, advocates of the service worry it will exist in theory only, and not in practice. “I’m heartbroken for patients because they are going to not have access: plain and simple,” says Daws, who’s considering pairing back her own assisted-dying work. “They will have to suffer and die without it.”

B.C. announced its official fee codes last month, which advocates and providers are calling woefully inadequate. The payment scheme lets doctors claim $40 for every 15 minutes spent assessing a patient, which is capped at 90 minutes (the second assessment, which is done by a different physician, is capped at 75 minutes), plus a flat fee of $200 to administer the euthanizing drugs.

All in, a MAID provider can claim a maximum of $440. That would be a hefty paycheque for a couple hours’ work if that was indeed all the time it took to assess a patient and administer the fatal dose. In reality, it takes much longer.

Most providers need to meet with their patient a couple times before the procedure. They need to review their medical history, which in many cases is lengthy and complicated, involving several specialists and care providers. They need to counsel the family, sometimes for hours and over multiple visits if some members oppose the procedure or feel conflicted. They need to pick up the drugs at the pharmacy and return the extra medication when they’re done. And they often need to travel long distances to meet the patient in their home. The amount of time it all takes varies wildly from patient to patient, says Daws, but most providers say it takes a minimum of three and a half hours. In that time, a family doctor could earn double the MAID rate by doing routine office work, and many specialists could earn triple that amount at their day job.

The scenario is similar in Nova Scotia, where providers’ earnings are capped at $292.20, while doctors in Ontario and Newfoundland, which don’t have official fee codes in place, also report being paid below their average earnings.

“It’s not sustainable,” says Daws, who describes herself as a “hard-core, passionate-to-the-bone” assisted-dying advocate. Last week alone, she turned down three patients who wanted the service because she couldn’t afford to do it. “It’s not for lack of wanting,” she says, “but it’s financial suicide.”

It may seem insensitive, or gauche, to discuss the financials of assisted dying, but all signs suggest it’s a necessary conversation. It’s no secret that fee codes influence the kind of care patients receive. Doctors paid by the number of cases they do may rush patients through and miss details. And studies have shown that physicians may favour some treatments and procedures that garner bigger payouts. In 2015, for example, researchers from the University of Toronto published a study detailing how financial incentives changed doctors attitudes around cesarean sections. Looking at data from five million hospital records, they found that by doubling compensation for c-sections relative to vaginal deliveries, doctors’ likelihood of delivering the baby via c-section rose by 5.6 percentage points.

Likewise, setting MAID fees well below what doctors are used to earning is a surefire way to discourage them from providing the service. “It feels like a planned disincentive to do the work,” says Dr. Stefanie Green, another assisted-dying provider on Vancouver Island who has recently stopped traveling to offer the service.

Originally, health authorities in B.C. told providers there wasn’t enough money to substantially fund a new service. But the argument is moot in light of findings that outline the potential cost-savings of offering MAID to qualified patients who want it, rather than continuing life-saving treatments and care. According to the Canadian Medical Association, assisted dying could cut health care costs by at least $34.7 million and up to $138.8 million a year in Canada. Both Green and Daws now can’t help but wonder whether the decision to set fees so low was a politically or ethically motivated one. “I would hate to think that was the intention,” adds Shanaaz Gokool, CEO of Dying with Dignity, an end-of-life rights organization. “But ultimately it doesn’t matter,” she adds. “Intentionally or not, the outcome is the same: you’re putting up barriers to access, and now that [policy-makers] know, it’s their responsibility to make changes ASAP. If they don’t, then they are intentionally obstructing access with that decisions.”

Indeed, if the provinces and territories are serious about giving Canadians access to assisted dying, they need to do more to encourage doctors, most of whom—money aside—are hesitant to offer the service to begin with. According to a 2015 survey by the Canadian Medical Association, only 29 per cent of doctors would consider providing the service, and that was before they knew doing so could be financially detrimental. “[Assisted dying] is only a right, it’s only a choice, if you have meaning access to it,” Gokool points out. “Otherwise, it’s just something we say.”

Traditionally, health authorities have tackled other access problems with initiatives like return-for-service programs, where medical trainees get bursaries for committing to work a stint in rural or remote areas. In B.C., doctors are also paid a premium to do monthly visits to rural communities through the province’s Northern and Isolation Travel Assistance Outreach Program. Similarly, Daws says that paying a premium, hourly rate for MAID work could be one way to incentivize doctors to participate and improve access for patients.

Alternatively, physicians could be paid a comprehensive fee that’s generous enough to incentive the work. In the Netherlands, for example, where physician-assisted dying has been legal since 2002, providers are paid a flat rate of about 1,500 euros. That’s $2,200 Canadian dollars and at least five times more than what MAID providers can earn in Canada. On top of that, Dutch physicians are given a paid day off after assisting a death to take care of themselves emotionally.

Of course, medically assisted dying is still controversial in Canada, and as Green notes, paying someone a premium to do this work can be construed as ethically compromising. For now, providers and assessors are asking that time caps for the work be removed, to create a system that’s unencumbered by time restraints—like the ones in Alberta and Manitoba. Pairing back the bureaucracy in places like Ontario, where patients are required to get a third-party physician referral for the procedure, would also improve access. “We have to be clear that rather than incentivizing, the current system is disincentivizing,” says Green. “I could argue that doctors should be paid more to do this work, but that’s not what I’m requesting. We just want fair pay.”