Solving the climate crisis isn't on consumers. It's on the people in power.

Mark Jaccard's latest book on the climate emergency argues consumers should stop feeling guilty about their habits. But as citizens, they need to elect better leaders. 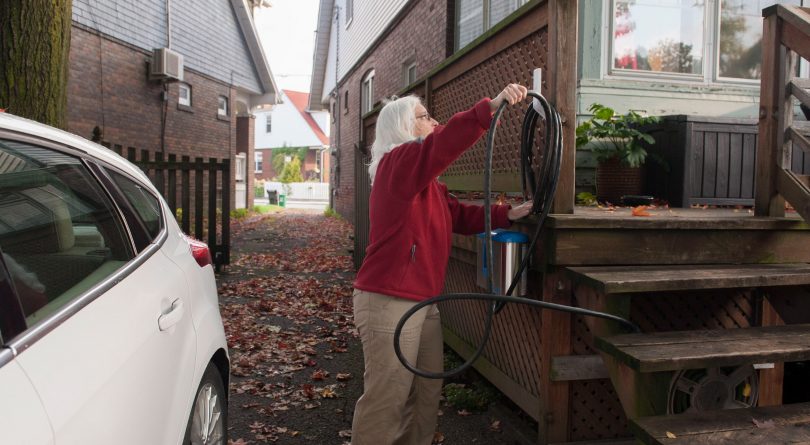 Do individual efforts like switching to an electric car actually have an impact on the climate?(Hannah Yoon/CP)

Late last September, trying to feel the moment, I took in downtown Toronto’s version of the one-day “climate strikes” that were being held that week all over the world. Just after the speeches and songs wrapped up, a group of hard-core activists lay down in a busy intersection. I was hovering nearby, wondering what the police might do about the blocked rush-hour traffic, when who should walk up but David Dodge—the former Bank of Canada governor and legendary federal mandarin, now attached to an international law firm as a deep-thinking economic policy adviser.

Dodge was his usual jovial self. But I couldn’t help noticing, just over his shoulder as we chatted, a demonstrator holding up a sign declaring, “Capitalism IS the crisis!” That’s a play, in case you didn’t catch it, on the now-ubiquitous phrase “climate crisis.” The placard summed up the doctrine that the climate emergency can be solved only by upending the economic order. For what it’s worth, though, Dodge didn’t seem concerned that the power structure he embodies in Canada was in any jeopardy, and he possesses a special knack for conveying calm.

Still, I’ve had moments of doubt. The need to curtail fossil fuel consumption to combat climate change is so pressing, the consequences of inaction so dire, that sometimes almost anything seems worth a try. And I can’t count on Dodge to always appear on cue to ease my anxieties. So the time is ripe for the appearance of a new book by Mark Jaccard, a professor at Simon Fraser University’s School of Resource and Environmental Management, and a long-time voice of reason in arguments over energy and economics—and the fate of the Earth.

READ MORE: Those who suffer most from climate change did the least to cause it

The title of Jaccard’s latest, The Citizen’s Guide to Climate Success, is reassuringly upbeat (success!) and promises practicality (a guide!) for readers at a loss for what to do on an individual level about a planetary problem. Maybe this will be a respite from the bleakness of climate change books like, notably, last year’s bestselling The Uninhabitable Earth by David Wallace-Wells. But don’t start off with the wrong impression: Jaccard hasn’t provided a handbook for installing home solar panels, going meatless or otherwise shrinking your carbon footprint.

His approach is to demolish, chapter by chapter, the myths he argues are impeding progress on humanity’s biggest problem. Not surprisingly, he easily polishes off the canard that climate scientists are conspiring to fool us. With that nonsense out of the way, he proceeds to tackle a series of trickier questions—from the proposition that all countries must agree on climate fairness before any can get serious about cutting greenhouse gas emissions, to the commonly held notion that consumers must take the lead by radically adjusting their behaviour, to the idea that capitalism itself must be abolished.

It’s heavy stuff, but Jaccard’s touch is light. He drops in plenty of anecdotes, such as one about his grad student (she prefers not to be named) who studied the energy implications of changing sexual tastes. Jaccard’s grounding in academic research is balanced throughout with his practical experience in domestic politics and international climate-change efforts. He was an adviser to former British Columbia premier Gordon Campbell in 2006, when he says Campbell “got religious on the climate threat” and introduced B.C.’s widely admired carbon tax, along with a clean-electricity policy that ended the province’s plans to expand coal- and natural gas-fired generating capacity.

Although Jaccard covers a lot of ground, he keeps circling back to a few main points. The myths he itemizes distract us from realities that are, he contends, well established. There’s no doubt that catastrophic climate change is happening. All countries, rich and poor, are never going to simultaneously agree on a fair way to wean themselves off fossil fuels. Consumers can’t shoulder the burden of solving the problem on their own. And no easy fix—such as renewable fuels proving cheap enough, or energy efficiency measures profitable enough, or some new energy technology transformative enough—is about to save us.

What’s to be done then? This is where the “citizen’s guide” part comes in. In his chapter on the limited potential for individuals to make progress by voluntarily changing how they live, Jaccard chides that “it’s time to stop feeling guilty about ourselves as consumers and start feeling guilty about ourselves as citizens.” He means we must start electing politicians who make real commitments on climate change and resolutely implement them. “We must be able to detect and elect climate-sincere politicians, and then pressure them to implement a few simple policies,” he writes, “such that any citizen can detect procrastination and evasion.” 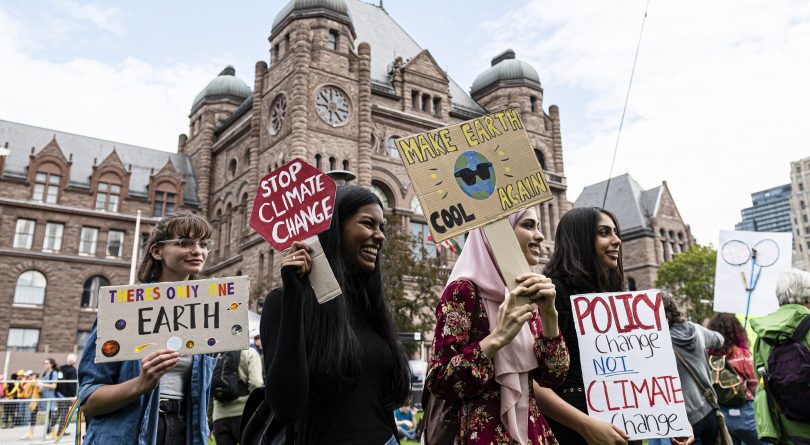 The most bracing element in Jaccard’s argument is hinted at in that “a few simple policies” phrase. He devotes the book to taking on the most complex elements of the climate change conundrum; he never downplays the difficulty of taking serious action. Yet he sums up his prescription with precision. He calls for developed countries to move first and fast on “decarbonizing” electricity and transportation. That means, most pressingly, the rapid phase-out of coal generation and a fast transition away from cars and trucks running on gasoline and diesel.

To get the job done, Jaccard proposes flexible regulations, which he calls “flex-regs,” rather than the carbon tax favoured by many other economists. He contends that carbon taxes tend to carry a steep political price, citing examples like the “yellow vest” protests that French President Emmanuel Macron ignited in 2018 with a tax that amounted to a mere three cents per litre on gas. But whatever mix of stringent regulations and serious pricing governments use to drive emissions down, Jaccard insists they must also form “clubs” of like-minded jurisdictions to slap carbon tariffs on imports from the inevitable “free-rider” counties who fail to act.

This is all “simple” only in the sense of being easy enough to outline. Tackle electricity and transportation first. Back that up with “carbon tariffs by a club of climate leaders that disincentivize other countries from free-riding.” This can best be accomplished, Jaccard assures us, inside the capitalist economic order. As proof, he offers upbeat case studies in free-market jurisdictions that have made remarkable strides, from Brazil’s development of biofuels to Ontario’s fast phase-out of coal-generated electricity, to Norway’s rapid shift to electric vehicles and California’s regulated insistence on more zero-emissions vehicles and more renewable power.

As Jaccard reviews these mainstream policy success stories, his book feels much closer to David Dodge’s world, of course, than to the competing “Capitalism IS the crisis!” camp. But there’s a counterpoint motif running through The Citizen’s Guide to Climate Success. Jaccard repeatedly returns to reflecting on the tragically isolated voices that opposed the rise of the Nazis in the 1930s. “Not enough people recognized the enormous importance of acting sooner rather than waiting,” he writes. “Not enough were willing to incur a relatively small cost, personally or nationally, to avoid an enormous future cost.”

In his final pages, Jaccard recounts how he was arrested and jailed for a few hours in 2012 for his part in blocking a coal train in B.C., in what he calls “a public wake-up action.” As a middle-aged man with no previous experience in civil disobedience, he describes being deeply troubled. If he had to do it again, he speculates, he might try to highlight the imperative to move to zero-emissions transportation. “Perhaps,” he writes, “chaining myself to the door of a luxury car dealership that sells gasoline vehicles?” That wouldn’t be so different, come to think of it, than lying down on a busy city intersection at rush hour.

This article appears in print in the March 2020 issue of Maclean’s magazine with the headline, “A how-to guide for a global crisis.” Subscribe to the monthly print magazine here.