Famous for tours of his hometown of Elora, Ont., ‘the Doctor’ was a learned man with a great sense of humour and history 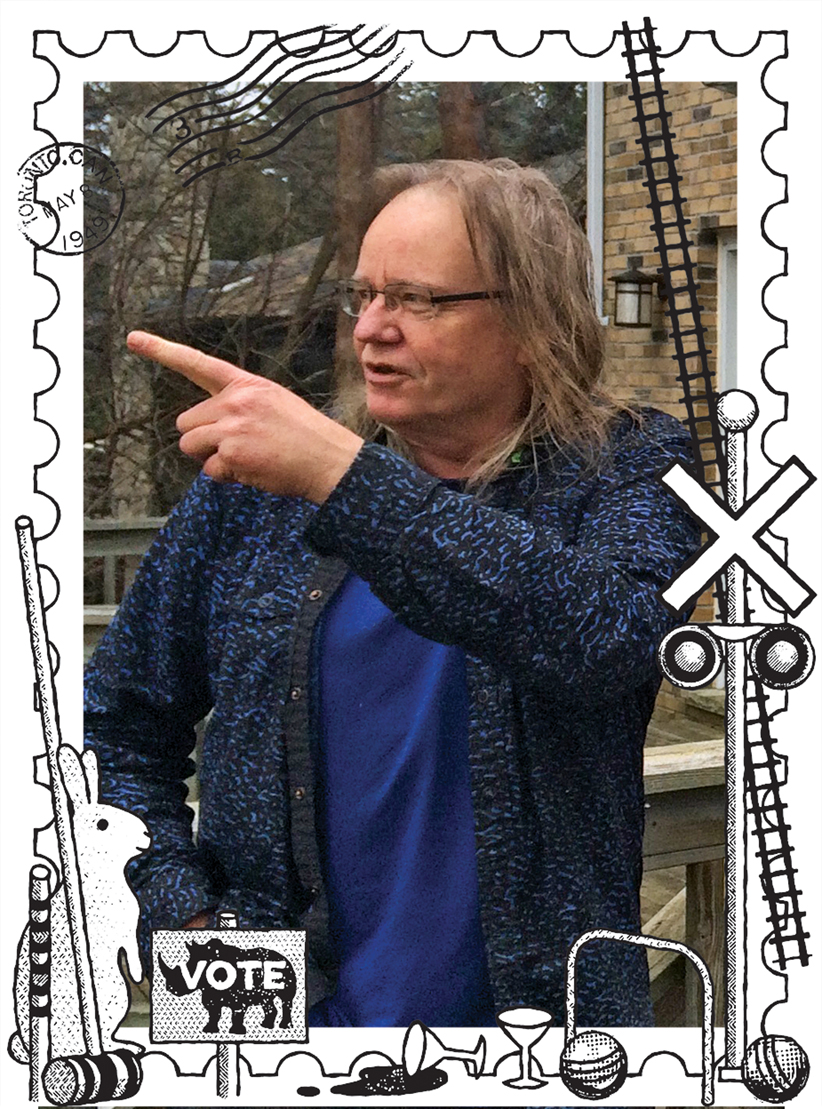 Stephen Edward Thorning was born in Toronto on May 8, 1949, to Otto, a printer, and Renate, a homemaker. When Stephen was still an infant, his parents, who had met and married in Germany, moved to Elora, a small town in southwestern Ontario, where they had a daughter, Susan, five years later.

As a child, Stephen took after his father, an eccentric collector and handyman who’d built the family home himself. At 12, Stephen built his own model train set, complete with a papier-mâché mountain, miniature buildings and painted foliage. He amassed an impressive collection of stamps, postmarks and envelopes from interwar Germany. And, as he hit his teens, he assembled his first ham radio, learned how to fix tube televisions and made a working metal detector from a rake and a Frisbee. “He had bound volumes of Popular Mechanics that went back into the ’20s,” says Susan. “I think he took some of his inspiration from that.”

In his late teens and early 20s, Stephen worked at a pair of furniture factories, a foundry and a post ofﬁce, before returning to school, studying English literature and business at the University of Guelph. While working at a bank, where he helped to set up a computerized system, he quietly earned a master’s degree in history. “We didn’t even know about it until he graduated,” Susan says. “We had no idea.” He kept up his studies while caring for his ailing mother; he himself was diagnosed with colon cancer, from which he recovered, before going on to get a doctorate in economic history.

With his wide-ranging credentials and even more eclectic interests, Stephen became the editor of Canadian Philatelist, a stamp collectors’ magazine. He also served as the president of the Elora and Salem Horticultural Society, and ran as a candidate for the satirical Rhinoceros Party of Canada, with a platform that resembled a stand-up comedy routine. He later took a more earnest stab at politics when he became an Elora councillor—and, later, deputy reeve—in the early 1990s. “He took it very seriously,” Susan says, “but he also had fun with it. He would have people over for cocktails after meetings. He made sure everybody knew each other as people.”

During his four terms on council, Stephen also wrote a newspaper column with a historical bent. “The guy was a brilliant writer,” says David Meyer, a friend and former editor of the Wellington Advertiser, one of three papers that ran Stephen’s weekly contribution for more than 25 years. “It wasn’t dull, dry stuff. He focused on drunks and kids out of wedlock . . . Every time we had a political controversy, he’d find a historical parallel a hundred years earlier and write about it.”

Stephen lost a bid for mayor by a few hundred votes, but was a household name around town nonetheless. Despite an introverted disposition, he was famous for his speakeasy and tavern tours, which attracted up to 300 followers every time he led them. His home, the same one his father built, housed a museum’s worth of medals, magazines and music, and earned the nickname Bachelor’s Hall for its lively parties. This is where “the Doctor” would serve original cocktails on a silver salver and show off his culinary chops, and where he kept his pet rabbit, Harvey, who lived on a diet of French fries, jelly beans and cookies. It’s also where he held the first of roughly 25 annual weekend-long croquet tournaments, with the top prize going to the team that maintained insobriety the longest. “He was a Renaissance man,” says Meyer. “He could have been the lord of the manor in 1700s England.”

Around 2000, Stephen met Wycliffe DeLong, a fellow train enthusiast, at a rail-historian convention. “He struck me as a bit of a know-it-all,” says DeLong. “As I got to know him better, I realized he did—anything from antique steam engines to obscure Alabama musicians in the 1930s to horticulture. He was just a one-in-a-million character.” The two began living together and travelling between Elora and DeLong’s native California, where Stephen worked on a biography of the late American journalist, gourmand and railroad lover, Lucius Beebe. When he and DeLong bought a house together two years ago, Stephen insisted it be in Elora. “He was such a fixture here,” DeLong says. “He never had any desire to live anywhere else.”

On Feb. 23, Stephen was travelling home from California by train. As it passed through Utah, he suffered a stroke and was taken to a local hospital, where he died. He was 65.