Why we must not forget about Glenn Burke 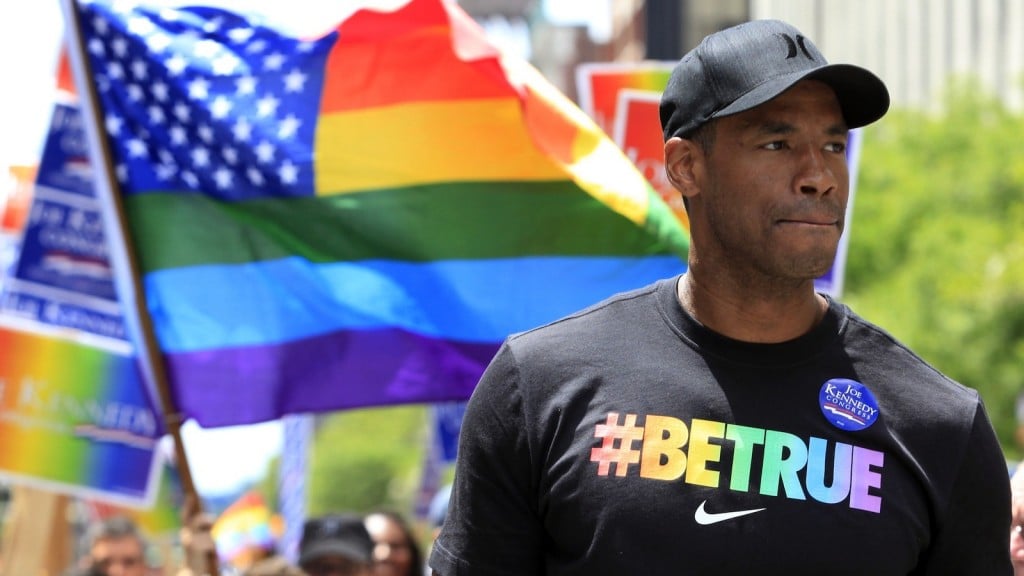 The ascent of Jason Collins is a wonderful, inspiring story. It’s the story of a gay man breaking a huge barrier in the major sports leagues, of a player who—when he signed a 10-day contract with the Brooklyn Nets on Sunday, and stepped onto the court that same day against the Los Angeles Lakers—became proof that the claims that professional athletes would dissolve into a heap of ineffectual terror if a gay man were let onto the playing surface were as preposterous as they sounded.

There’s no doubt that Collins’s signing of a contract with the Brooklyn Nets, in addition to NFL prospect Michael Sam’s coming out earlier this month, has sent shockwaves through the four major professional sports leagues–Major League Baseball, the National Football League, the National Basketball Association and the National Hockey League. The response has been great in all the right ways: applause, praise, support and nods of approval for the courageous act, followed by going about our business, just as Jason Collins himself did when he stepped onto the court last night to a rousing ovation, in the way that one would do in the face of something that should be routine and normal. That is, after all, the dream: that eventually, someone coming out won’t even register.

But here’s the thing: Major commentators from respected media outlets, from TSN’s on-air announcement to ESPN, from Sports Illustrated to Slate, are calling Collins what he’s not. Even Collins has done it, referring to himself as the “first openly gay athlete in a major American team sport,” when he came out in April in Sports Illustrated. But, Jason Collins is not the first athlete in the Big Four sports leagues to come out as gay. And in fact, when Glenn Burke did it, in the mid-1970s, there were no cameras, no warm applause, no hat tips.

No: when Glenn Burke came out, there were crickets. His coming out didn’t register, but for all the wrong reasons: society wasn’t ready to even fathom it.

Burke was a slick, fun-loving centre-fielder for the Los Angeles Dodgers and the Oakland Athletics, a player once described by his coach as having the potential of Willie Mays. He was the only rookie to crack either starting lineup in the legendary 1977 World Series between the Dodgers and the powerful New York Yankees. He is even widely considered to have invented the high-five (seriously: it wasn’t just a omnipresent naturally occurring phenomenon). He was also openly gay, acting however he felt in front of his teammates at a time when that was a dangerous thing to do, and never denying the reality to the media.

“When we’d land at airports, there’d always be guys waiting for Glenn,” said former Dodgers second baseman Davey Lopes to ESPN’s Rick Reilly. “We’d go our way and he’d go off on his merry way. We’d go to clubs and women would hand him their numbers. But he’d never call ’em. Didn’t matter to us. We loved him.”

In fact, according to his memoir, Out at Home: The Glenn Burke Story, he said the Dodgers offered him $75,000 to quell the (open) rumours that he was gay by entering into a public marriage. He wasn’t the first to be offered, he wrote, but he was the first to decline.

Though he was popular in the Dodgers dressing room, he was dealt to Oakland after just two seasons, where his manager introduced him to the team using a gay slur. He got injured, was sent to the minors, struggled, and was out of baseball at the age of 27. Over the course of his career, the league’s commissioner never spoke up; no managers, coaches, or bosses said a word of support. Burke slipped into depression, and developed and then beat an addiction to hard drugs. He published his memoir in 1995, and went on a major publicity tour, going on the Today Show and telling the New York Times that “prejudice drove me out of baseball sooner than I should have.” It all failed to move the needle on a conversation about gay athletes. A few months later, he was dead, of complications from AIDS.

Now, this isn’t to diminish the braveness of Collins’s act. He is still the first openly gay man in NBA history, by all accounts, and that’s a vital thing. But we’ve forgotten about Burke’s story when he must be remembered, and the fact that he wasn’t is a reminder of how easy it is gloss over certain parts of history and let the heroes slip away. History, after all, isn’t necessarily written by the winners—it’s written by the people who have long memories and who care.

Besides, Collins’s story is only as inspiring as the tradition that helped him get there. Burke’s story tells us about how far we’ve come. And that doesn’t even begin to mention the richness of the sports tradition that Burke was just a part of himself, the history that the descriptor of “first openly gay athlete in the Big Four sports” unintentionally minimizes. There was legitimate soccer superstar Robbie Rogers, who came out as gay last year, whose primary curse was the fact that Major League Soccer is just not that popular; there was Orlando Cruz, the first active boxer to come out as gay in 2012; there was men’s tennis legend Gottfried von Cramm, who in the 1930s faced persecution by the Nazis for a tryst with another man during his playing days yet pushed on to a Hall of Fame career; and also Bill Tilden, considered one of the greatest players in tennis history, but consigned to uncomfortable disrepute because of his flamboyant manner and the complicated matter of his conviction for fondling a teenage boy.

Others from Burke’s era came out after their career, too: David Copay from the NFL, who said it would have been “impossible” to play as an openly gay man; Tom Waddell was openly gay when he competed in the 1968 Summer Olympics. And then, of course, the women: Sheryl Swoopes, the Michael Jordan of the Women’s National Basketball Association, coming out in 2005; Billie Jean King, who said she lost all her endorsements when a 1981 lawsuit forced her out just before she was set to become public; Angela James, considered women’s hockey’s first superstar, a Canadian who was openly gay throughout her standout career.

Glenn Burke is gone now, so there are few around to raise hackles about Burke’s snub. But it’s a disservice not just to Burke, but to Collins, to Sam, and to all those who are looking to barrel down the remaining walls in all of sports, to forget about baseball’s gay pioneer. Painting over history is precisely counterintuitive to a progressive stance. Let’s not let short memories get in the way.